Note on terrorism from a Pakistani 5th grader 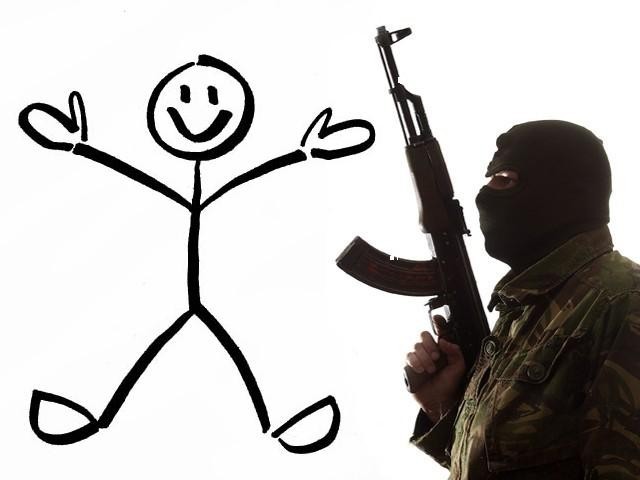 Every day we hear the words terrorism and terrorist. But most of us children do not know what these words mean.

I looked up terrorism which means an illegal act which causes threat to human beings or property by some miscreants who take such cruel actions just to make the world fearful.  They do this just to get their illegal demands. These cruel people are called terrorists.

From what I understand since the Afghan war and war against terrorism we have seen unfortunate incidents terrorism in the country as well. Hundreds of our innocent civilians and armed forces jawans were killed in various suicide bombings besides attacks on mosques, buildings and especially schools. These terrorist attacks in our country and daily threats to various schools, are frightening experiences for all of us. We, the children are especially fearful that terrorism will result in more personal loss and violence. Scenes of destruction of lives, property especially schools in various areas of FATA, and Swat appear on TV.  Every day we hear that terrorists destroy schools and kidnap school children in Khyber- Pakhtunkhwa. And we get scared.

Due to the threatening news our schools are guarded by armed personnel to protect us from terrorists who have used children and their schools as their shelters for their cruel aims. Whenever we come to school we see guns in the hands of our defenders which not only disturbs us but makes us uneasy throughout the day.

Although terrorists’ acts make every one fearful, everyone, including adults, I know fear is no answer.

We should not bow down to these terrorists. Should I stop going to school? Should my government accept their demands? No. We should fight against terrorism – not by guns, but we should defeat them by our education and through our strong will.

Like 15-year-old Kashmalla from Swat, who stood against the cruel terrorists threatening her school and not only continued her education but also won a peace prize in 2011 from the Government of Pakistan. We must stand united to defeat the terrorists – who are very few in the world.

With the help of these actions we can defeat the terrorism and make it a peaceful and lovely world.

In the end I also request these terrorists not to indulge in such cruel acts and let the children including their own children get an education and never let children participate in terrorism.