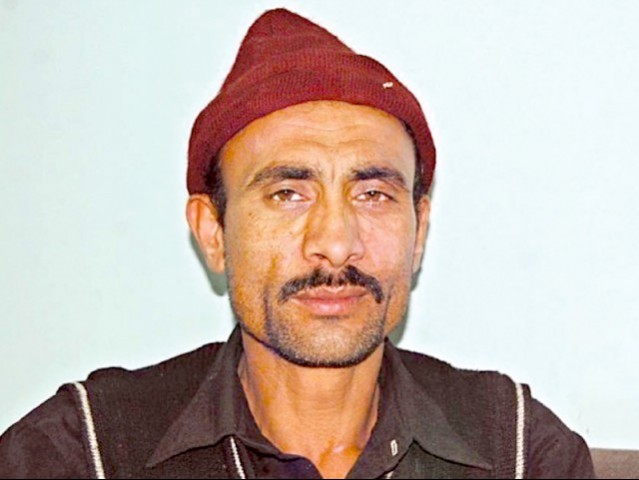 Shams' wife has even come forward and given a testimony to the police that states that all members of her family are well and alive. PHOTO: FILE

I don’t know where to start from. I don’t know how to console all those who were fooled by Shamsul Anwar, the man responsible for cooking up a fake story to swindle people. What really disgusts me is that he toyed with the emotions of so many just for the sake of money.

Let me confess, I first filed the story on this very same man in December 2010, approximately a year before the story ‘Waiting to receive the pieces of daughter’s dead body’ was published by The News. The reason that made me do so was the same which made thousands collect money for him and pray for his daughter – I felt immense pain for the man. I will never forget the day I met him. Shams was sitting in our office reception carrying a plastic file.

It is my belief that anybody could have easily fallen for his ploy, since he was eager to show his bullet-ridden leg and reports stating that his son had blood cancer.

Journalism, of course, is about using reason and sound facts. However, as much as we try to deny it, human emotions do play a part in making a journalist who he is, and there are some heartfelt stories that can manipulate any of us.

Throughout my journalistic career, I have tried my best to become the voice of the helpless. In doing so, I must admit that I too proved gullible at the sight of the pale yellow face of Shams’ child, the deteriorating condition of his wife ,whom he brought to my office, and the pitiable state of the taxi he came in. He swore that he had nothing at home to feed his family, except half a carton of milk and some sugar, and often burst into tears. He also used to show an Urdu daily newspaper clipping which depicted him as a survivor and a hero. In simple words, his tears and the miserable condition of his surroundings made one so emotional that it was difficult to stay impartial.

This very emotion proved to be my weakness, and I now feel embarrassed that such a fraudulent story became the highlight feature of The Express Tribune.

Now, I have the opportunity to answer the question that has been on the lips of many since the story of Shamsul Anwar’s fraudulence became public.

“Was his son actually slaughtered by the Taliban?”

The answer is no.

I talked to DSP Cantt Circle Sardar Shahbaz Khan, who told me that Shams’ son Yaseen actually died 20 days after his birth. The story was indeed fabricated.

In addition to this, Shams’ wife has even come forward and given a testimony to the police that states that all members of her family are well and alive. She has further stated that she used to try her utmost to discourage her husband from concocting such stories, but he still persisted. I suppose greed is a powerful demon.

Given that the ordeal of this story is over, I feel a mix of emotions; I feel glad that the fraud has been uncovered, and sad, simultaneously, that I too was manipulated by the lies concocted by Shams. This story has raised fingers at all those who work so hard to make my paper what it is – a herald of factual stories. I sincerely hope that this fraud serves as a lesson to all journalists, including myself, to not let emotion be the guiding force of a news report.