As Pakistani as you 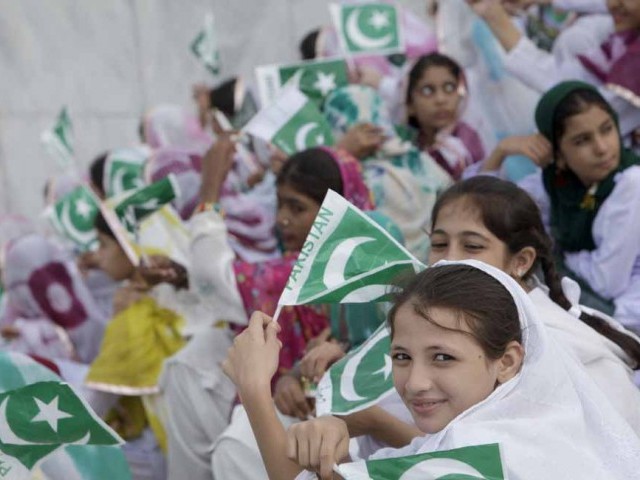 I have spent my hardest summers in Pakistan, but that didn't change anything between my nation and me. PHOTO: REUTERS

This past summer I met with a prominent lawyer, one who supposedly fights for human rights and women’s activism in Pakistan. Before I met her, I believed her to be a symbol of the fact that women can bring change in Pakistan. However, when I confessed to her my desire to live in Pakistan and engage actively in civil society, I was snapped at and told crudely that my “misplaced sense of patriotism” was unwelcome.

Unfortunately, her crass “holier than thou” attitude is not unique to her. There are hordes of Lahoris, Karachiites and more, itching to tell me that I, an American born Pakistani, am not a “real” Pakistani.

I was born and raised in the United States of America; but I am as Pakistani as you are. This is not your stereotypical first generation immigrant identity crisis, nor is it a romantic declaration of patriotism from an estranged citizen. I know perfectly well who I am; I am American and I am Pakistani and nobody can tell me otherwise.

Before you tell me I don’t “know” Pakistan, let me tell you something:

I follow Pakistani news before I read the NYT or CNN. I read Ghalib in my spare time, sometimes Faiz Ahmed Faiz. I can name at least six different types of mango that grow in Multan. I have travelled by rickshaw, Pakistan Railways, Daewoo, PIA, ghada gari, and the shabby Karachi yellow taxi too. I have endured load-shedding in the Cholistan desert, volunteered for the 2010 floods and been trapped in the crossfire in Karachi when MQM members were assassinated. I have almost been run over by a speeding motorcycle on Shahrah-e-Faisal and have been in at least five different hospitals for five different reasons. I have spent my hardest summers in Pakistan, but that didn’t change anything between my nation and me.

At a time when Pakistan’s best and brightest are fleeing to the West, Pakistan needs all the honest patriots and sincere nationalists it can get. I am willing and able to devote my life to this nation when many who have drank from her wells, eaten her crop and lived under her sun their entire lives, race to abandon her without so much as a backwards glance at the chance of a foreign visa.

It is those few left in Pakistan who are here to drive her forward with love and compassion, whose ranks I yearn to join. This is not altruistic, this is not self-sacrificial; so please, spare me your contempt. This is simple. I love Pakistan, Pakistan needs its people, I am here to serve.

So don’t scoff at me, don’t doubt me, don’t deride my “misplaced sense of patriotism”. I have heard enough of the trials and tribulations I shall face ahead. I am aware of them, but not fearful. It is supremely more important to me that I do my part, as a Pakistani, to fight for my nation when the rest of the world is trying to flatten her to the ground. And I hope and wish that you will too.

A writer and Associate Editor at Altmuslimah.com. She is a graduate of Middlebury College, where she studied International Politics and Economics. Hafsa is currently writing, working and residing in Lahore, Pakistan. She tweets at @HafsaAhmad.

Do we remember what Taseer was fighting for?