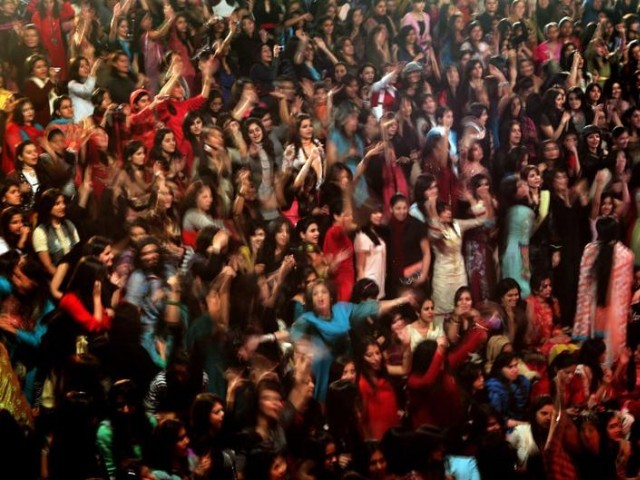 So what do people my age talk about when they meet? When I say my age I mean the mid-30s where almost all of us have settled down to something or someone. We don’t talk about politics like everybody younger than us (thanks to Immy K) and older than us (thanks to the rest) does. We don’t talk about cricket because frankly, we are too busy to remember all the names in this ever changing team which is divided for us into the Afridis and the Misbahs.

So what do we talk  about?

Yes, definitely music. The one force that binds us all and makes us talk endlessly about the the concerts we grew up attending.

Having grown up in Karachi in the 80s and 90s, one can’t forget the times when Vital Signs used to play at the Arts Council unnoticed, until they finally broke through the ubiquitous Pakistani ‘pop’ barrier and suddenly became a stadium filling band with no end in sight but the eventual break up.

These watershed moments were followed by the emergence of ‘Junoon’, the biggest rock band of Pakistan,  and for a period of five to eight years, Karachi saw concert after concert of tremendous quality and influence.

Everything used to happen at concerts in that era. It was the social scene, the place you took your date to or where you found one. That was where you hung out with your friends. There was no cyber space, no security threat; it was just a bunch of kids, screaming and singing with dreams in their eyes.

Then suddenly, the world changed.

The war came to us in terms we were unfamiliar with, and the killings, the suicide bombings and the destruction started.The concept of concerts as social gatherings died a slow death in this new era because they had become too much of a security risk. Quite frankly, they still are a risk but I think we have now arrived at another turn.

In 2011, there were interesting things happening in Karachi including concerts (mostly indoors at Royal Rodale) and musicals (courtesy Nida Butt and crew) but people are still reluctant to go to them for mainly two reasons:

We are a nation that has suffered much over the years economically, politically and physically. We really need more people attending creative events and listening to music because even though they are ‘cool’, Facebook and social media can never replace the feeling of being in a crowd.

We need music to heal and we need large open air concerts to unite as a city and as a community. Let’s not be restricted behind sections and VIP barriers anymore. Let’s learn to tolerate and participate, if not for ourselves then for our children, so they can also have great memories like ours.