More provinces …or not 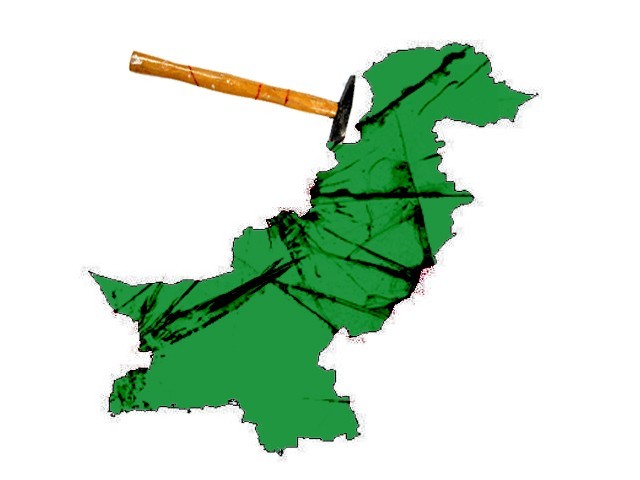 The real fear of creating more provinces is that it may further polarise the country by promoting ethnic and socio-economic tensions.

Recently, amidst the frenzy of the National Assembly debate regarding new provinces, the MQM’s Farooq Sattar voiced an interesting thought. He said that if more provinces are not built, more “Balochistan-like situations” could arise.

By politicising the issue of additional provincial units, the current discourse for provinces has taken an unfortunate turn. Based on populist rhetoric, the debate inside the National Assembly disregards the structurally important aspects of the country’s bureaucracy and political system which is plagued with cases of centralisation and inability to promote local autonomy.

The real fear of creating ‘more provinces’ is that it may further polarise the country by promoting ethnic and socio-economic tensions. The PPP, which has opened the door to the debate, has shaped the discourse according to the electoral politics in the country. Its campaigning for a province for Seraiki speakers in south Punjab could be seen as cutting to size the PML-N.

If done properly, the provinces debate could be a catalyst for change. However, by not addressing the larger administrative issues which come before the idea of decentralisation, the political parties are avoiding the difficult truths about Pakistan’s political system. Because of the civil-military set-up and years of dictatorship, the state apparatus has never been able to allow the system of administration to evolve locally.

In Latin America, much of the economic development experienced by its states can be attributed to decentralisation. Over the years, more and more countries began holding regular elections, and the increasing introduction of municipal and city-level elections helped this. In most cases, mayors and local government officials who had previously been aligned with ruling parties were nonetheless able to develop a certain amount of autonomy and the system of governance became less authoritarian in nature.

Till now, such reform in Pakistan seems unlikely. At present, the political debate fails to inspire change and in fact toes the line of maintaining a status quo. The need for a progressive provinces debate that takes into account the history of administration in the country can provide a starting point from where the voice of the people can emerge.