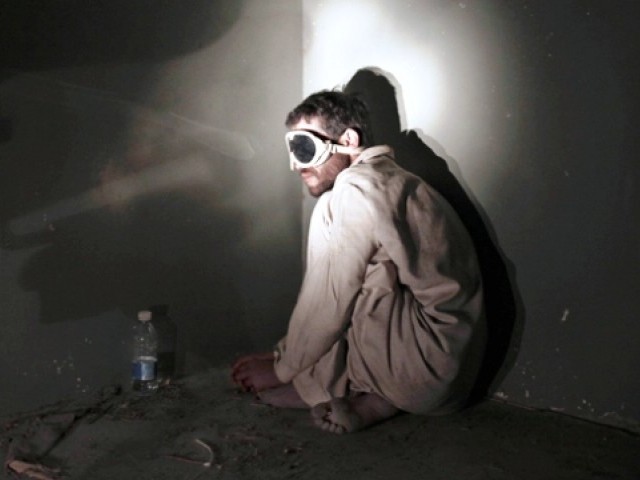 I watched them cutting his nose, ears, hands, legs and neck with great pleasure as if they were sacrificing cattle on Eid day. PHOTO: AFP/FILE

When I read the article “Waiting to receive pieces of daughter’s body” published in The News yesterday, I was reminded of the horrific ordeal my family and I endured four years ago. Whether Shamsul Anwar’s story is true or not, the fact is that such incidents do take place, and the suffering is very real.

In 2008, three days after my uncle took charge as the principal of Elementary College Jamrud, he informed my father about a warning letter sent by a local Taliban official. The letter warned my uncle that they would kill him unless he left Jamrud immediately. Not one to fear death and abandon his responsibilities, he stayed on. However, the warning was taken seriously and he duly informed the administration, including the political agents of Jamrud.

Now, let me tell you a little about my uncle. He was a peace-loving man, an author and an educationalist. He had served in the department of education for 32 years and was even the controller of many educational boards in Khyber Pakhtunkhwa. Having reached grade 20, he was willing to retire peacefully. Eighteen educational awards to his name are enough to show just how loyal he was to his job and how ardently he desired a better education system.

Two days after the warning letter was issued, my uncle was kidnapped while he was on his way to office with his official guards. The guards offered no resistance to the kidnappers and were spared.

An ocean of grief swept upon to my family. Every member was bent in prayer for his safe return, and there wasn’t a dry eye in the room, such was our fear.

Initially, we were informed that he was taken to Orakzai Agency. The kidnappers called us soon enough and asked us to arrange as much money as we could and to wait for their next call. Thus, we frantically started to do so. The very next day, they called us again saying that they had got the money and my uncle had been sold to another group who had sectarian biases. After that, we waited for seven days.

Those seven days stretched on – the longest days of my life. My uncle’s wife was paralysed with grief and kept murmuring:

“He has never wronged anyone; I am not going to believe in God’s justice if anything happens to him.”

We eventually received a call from Khyber Agency. A boy’s voice on the other end of the line informed us that my uncle’s body had been found in a water drainage pipe – his dead body.

Relatives rushed to the scene, but all we found was mangled body parts; we found a head with no nose and no ears, a body with no legs or hands. We also recovered a CD, but no other remains of his body were found.

My uncle did not deserve to die this brutal death.

A few days later, I watched the CD against my better judgement. In the last few moments of his life, I saw my uncle begging to be allowed to pray one last time. I saw the kidnappers laughing and saying “you are an infidel”; I saw them cutting his nose, ears, hands, legs and neck with great pleasure, as if  they were sacrificing cattle on Eid day.

My uncle died a tragic death. Now, grief has surpassed me and all that is left in me is shame.

I feel shame because Pakistan left a person to die – a person who had never compromised on his duty, a person who worked 32 years to educate its people. I am ashamed of authorities who paid no attention at all to my uncle’s plight; I am ashamed of my protectors who pocket more than 70% of our budget in the name of protecting us. If someone cannot protect me inside my own country, how can they protect me from external threats?

More than 1,500 cases of kidnapping for ransom have been registered in FATA during the last four years and not a single guilty person has been arrested. Millions of rupees have been looted from innocent people and hundreds of CDs have been sent to their families.

Who should I blame?

Things will only get worse if the authorities don’t take any action.  There are currently three security forces working in FATA i.e. the levies, the Army, and the Frontier Corps. Still, they have failed to catch any kidnappers.

Bringing peace to this area will not be easy, but we must take concrete steps to make it a possibility. Education is key; we have to stop the next generation of FATA from walking down the same path as extremists. We need to educate them to become better people. As far as the issue of kidnapping for ransom is concerned, the authorities should take every possible action, from tracing calls, to executing kidnappers. Above all, they need to prove that kidnappers will not be allowed to roam free.

Only if this is done, will a family be spared from the terrible pain of recovering the mangled pieces of the bodies of their loved ones.