Screeching at the pulpit: Is this Islam? 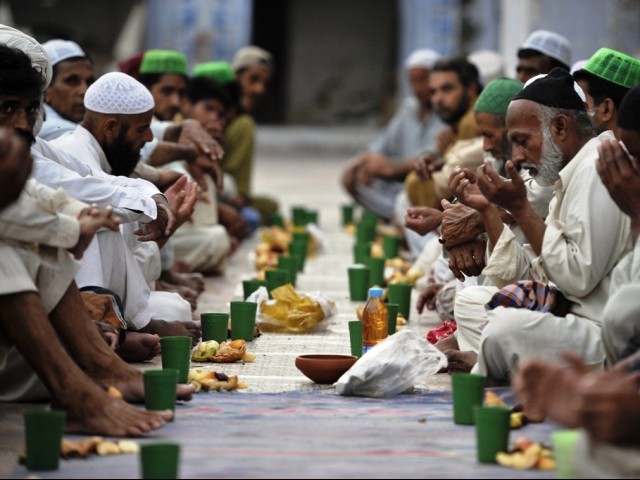 Isn't Islam a religion that gives us guidance on all aspects of life? Then why are maulvis not addressing such important issues? PHOTO: AFP

Whenever I face a problem in my daily life, I turn to the Holy Quran. If I cannot find what I am looking for there, my second option is always the mosque.

Unfortunately, I am often disappointed. Imams and maulvis are seldom able to provide me with guidance. This is in stark contradiction to the time of Prophet Muhammad (pbuh). At that time,  mosques played a vital role and people used to come to Muhammad (pbuh) and share all kinds of problems – financial, physical, emotional, or psychological – with him.

My conversation with a maulvi reiterated the unfortunate reality of sermons in mosques today.

I work for a telecommunication company, and the nature of my work demands 24/7 availability. A few days ago, I returned home at 10 am, having worked a night shift. I was dead tired and ready to collapse. I fell asleep the minute my head touched the pillow.

However, within minutes, I was awoken by the maulvi sahib of our mosque. He cleared his throat and then started talking non-stop on the loud speaker of the mosque. The volume was so high, I thought it might be dangerous for human ears. I felt like someone had come into my room and was beating drums, forcing me to wake up and listen.

Unable to sleep no matter how hard I tried, I woke up and dialled 15 (the police).  The person on the other end of the phone was barely able to hear me above the bellowing of the maulvi. Finally, I found a silent corner in the house and discussed my problem. The man on the phone agreed with me and said:

“You are absolutely right, but he is talking about Allah and Muhammad (Pbuh), so you should not feel bad.”

“Bhai, I have offered fajar prayers in the morning and I have been awake all night. I am sure this maulvi and you have had eight hours sleep – please have mercy on me.”

My pleas fell on deaf ears. Nothing happened, no police help arrived, and I had to wait until the maulvi got tired and stopped talking.

The next day, I decided to have a conversation with the imam sahib of that mosque. I asked him what he is contributing to society for its welfare.

“Dengue fever is spreading in whole country. Why don’t you ever discuss preventive measures in the Jummah sermon?”

He defended himself by saying that is not important and it isn’t the duty of the mosque.

This is an unfortunate reality. All this maulvi did was complain about the behaviour of the young generation, and discuss the so-called generation gap. My question is, why complain? Why doesn’t the imam tell people to use the parental guidance option on TV so that children are protected from vulgarity? Why doesn’t the imam educate people on the safe usage of the internet? Isn’t this their job? Isn’t Islam a religion that gives us guidance on all aspects of life? Then why are maulvis not addressing such important issues?

Most of these religious men are not focusing on making good human beings. Their sole agenda is to further their sectarian beliefs and downgrade others. In every jummah sermon, all I hear is how bad the other sect is and how their sect can do no wrong.

Is this Islam, I ask you?

We have so many issues in Pakistan which require attention. Issues such as alcohol consumption, homosexuality in the community and so on are real concerns which maulvis do not address. Why?

Why don’t maulvis beseech people to return to their business after prayers and not sell commodities at exorbitant prices? Why don’t they ask them to conduct a fair and honest business?

Predictably, imam sahib could not give me a single reasonable answer. I ended our conversation by saying:

(You have ruined the educational mindset of this nation; if our habits were ruined, we could have at least been able to fix those.)

What our country needs is well-educated religious leaders, not ignorant maulvis. Only then can we recover from the poison they are embedding in the minds of our youth.