10 things I hate about Hindi soaps 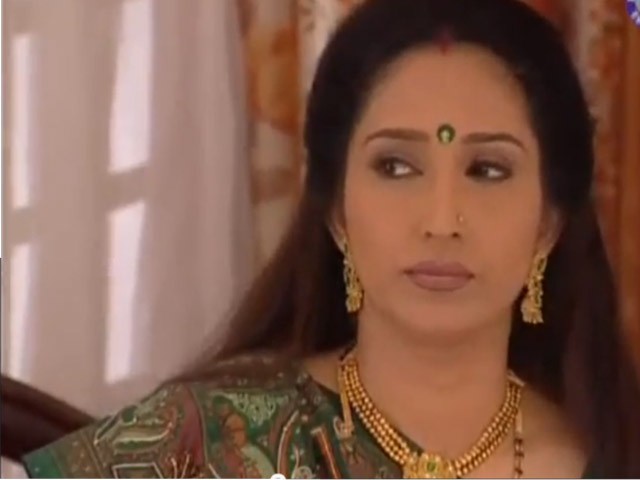 The brands of saris, makeup, and jewellery adorned by the women never changes regardless of the circumstances.

I have always been impressed by how Bollywood has emerged as an internationally renowned entertainment industry. People from all backgrounds, even in Pakistan, keep a close watch on the happenings in Bollywood, despite the silly India-Pakistan strife.

I love India and Indian people, and let me make clear before I begin that I do not intend to attack or offend anyone through this post. I am merely highlighting some aspects of Indian soaps which I find amusing.

So without further ado, let me begin my list of the ten things I hate about Indian soaps:

The only difference between my childhood story and these soaps is that the former made a bit more sense to me.

I still remember how one of the characters in a Star Plus soap was shown to have lived through four generations. The director still planned to keep her alive had she not died a natural death.

2. No such thing as certain death: Now, as far as I know when you are dead, you are dead. I have heard about the nine lives of a cat, but to my surprise, the number of lives that the characters have in Indian soaps is almost infinite. A character can die and return as many times as the director wills it.

3. Coming to life in a different body: Once a character is killed off, they return to the show with a completely new and ravishing face. Not only the face, but even the height, eye colour, and voice are different. Under some circumstances, the said character returns having suffered memory loss. This character, thus, remembers nothing except the latest fashion trends, of course.

4. Endless affairs: In every soap, there must be at least one extra-marital affair, and every extra-marital affair has to produce an illegitimate child. I would have thought that science has advanced enough to take care of that. This is clearly not the case in Indian soaps. Are the plastic surgeons a lot better than gynaecologists on these shows?

5. Absurdly large families: When I watch a soap, I am always amazed at how so many people can be accommodated in one house. What is even more surprising is how easily room is made for any added member. Do all middle-class Indians live in palaces?

6. Mindless math of money: Rich folks can lose their money if they screw up one deal out of the millions they deal with everyday. They are shunned to a small house if one of their 50 factories catches fire. Yet, the brands of saris, makeup and jewellery that their women adorn remain exactly the same. They don’t have beds to sleep in, but they have jewellery that they can wear even as they do the dusting and sweeping of the house.

7. Universal utility of the set: The living room seen in the first soap becomes a restaurant, and 30 minutes later it turns into an office premises.The same building keeps changing into a club, a bar and even a five-star hotel.

8. Drum rolls: Whether someone dies or a supposed-to-be-dead person returns (only to attend his/her spouse’s wedding of course), your eardrums are sure to be pierced. These same beats follow any argument, slaps, and shocking moments in general.

9. Non-existent door lock: You live in a big, huge mansion and you do not have locks on your bedroom door? In some cases even the bathroom doors don’t have locks. This is just a disaster waiting to happen. Some nosy aunty from the ‘kunba’ (family) can easily peek into your bedrooms when you are getting naughty with your husband’s sister’s husband’s cousin. Like I said, a disaster waiting to happen.

10. The age math. It is beyond me how the son can look older than his mother and younger than his wife. Maybe in the next season, they will all unveil themselves as the Cullens. Now that would be cool, wouldn’t it?