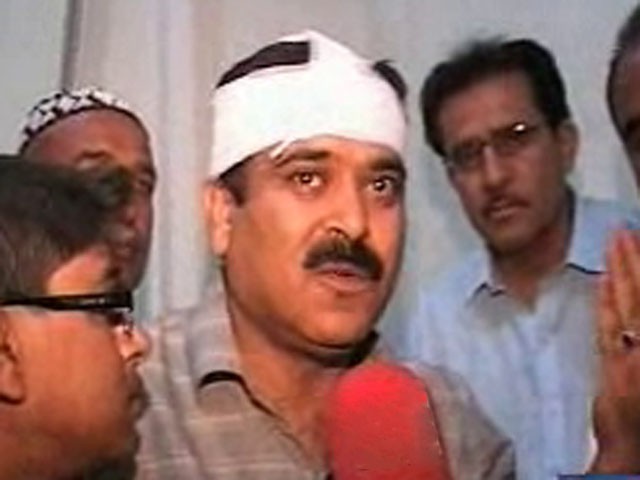 Dr Baqir Shah is the police surgeon who conducted autopsy on the five foreigners who were shot dead by police and FC personnel on May 17 at the Kharotabad chek post in Quetta.

The murder of Dr Syed Baqir Shah last week probably won’t resonate as loudly as some others in recent memory. He wasn’t a politician, a victim of a trigger-happy American, or an icon for global jihad. He was just a doctor. A police surgeon committed to speak the truth regardless of the consequences. And that’s precisely what makes Dr Shah’s death all the more tragic.

Last year, Dr Shah had given steadfast evidence to the effect that the death of five Chechens in Kharotabad in May was caused by bullet wounds fired by the police and Frontier Constabulary (FC). He said that this was not caused by hand grenades carried by the foreigners, as was falsely claimed by the authorities.  As a result of his testimony, a Judicial Commission arrived at the conclusion that the police and the FC displayed incompetence, callous stupidity, and negligence. They should have captured the victims alive. Two officers involved in the incident were subsequently dismissed whereas investigations are pending against two others.

Dr Shah’s testimony was absolutely critical for the Judicial Commission to render its findings. However, whereas the Kharotabad incident only exposed negligence and high handedness, the wanton murder of Dr Shah exposes the frailty of our entire criminal justice system. Witnesses, prosecutors, and judges are openly intimidated and threatened in and outside of courtrooms. Some, such as Dr Shah, end up paying the ultimate sacrifice.

It takes a heroic effort to voluntarily present any evidence against accused persons, especially in a case where the witness doesn’t have any personal interest. In these circumstances, the fact that the Anti-Terrorism Courts in Pakistan have a 75% acquittal rate is hardly surprising.

A report by the Punjab Government on this subject states that out of 2,200 persons arrested in relation to terrorist incidents since 1990, a staggering 1,650 were acquitted. That’s a startling statistic – only 550 persons were imprisoned for terrorist activists in Punjab over a period of 22 years which has seen over 800 terrorist incidents. Disturbingly, the Chief Public Prosecutor and police authorities in Punjab claim that lack of witness protection and the withdrawal of testimonies by witnesses contribute significantly to such figures.

The legislature, for its part, has made serious attempts to tackle the issue and provide protection to witnesses under the Anti-Terrorism Act 1997. After an amendment in the law in 2001, Anti-Terrorism courts are empowered to conduct proceedings in camera and prevent disclosure of a witness’s identity to the accused or the press. However, ten years have since elapsed and it’s the same old story. There’s obviously a leak somewhere in the system. However, in the absence of any research on the issue, one can only question whether it’s the judges who aren’t utilising these provisions, or if accused persons simply manage to flout them.

At the very least, Dr Shah’s death is a poignant reminder of the inadequacy of these efforts. At best, his death has unveiled courage that Pakistan hasn’t seen for some time. Some months before being brutally silenced, Dr Shah, along with a photojournalist who had also given evidence to the Judicial Commission inquiring into the Kharotabad incident, was threatened and tortured by police personnel. That such an event failed to deter him speaks volumes of his being. His stoic and unwavering commitment to the truth is best epitomized in an interview in which he lucidly explained the cause of death and repeatedly refuted the police narrative on the incident.

With his death, comes a loud and clear message that justice will be left wanting unless foolproof protection is provided to witnesses, judges and prosecutors by all the pillars of the State. Until that time, criminal justice in our country will have to perilously rest on the herculean shoulders of men such as Dr Shah.