How is ‘marital rape’ not rape? 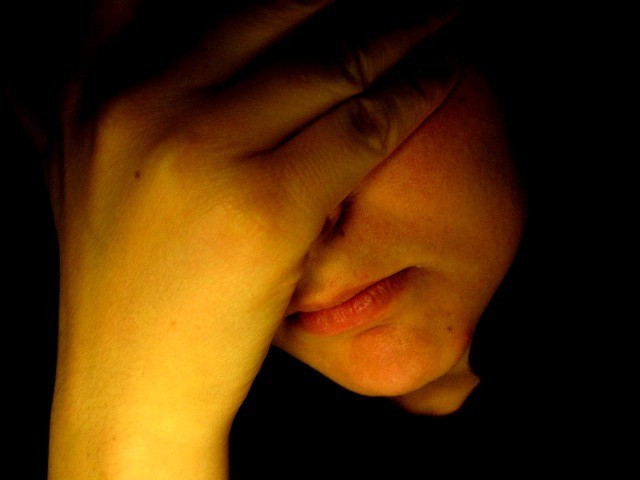 The subject of marital rape leaves many people uncertain; can the act really be termed marital 'rape' ?

“He abuses me but I cannot refuse him. My family told me that it was my religious duty to do as he demanded and if I refuse, the angels will curse me all night.”

These are the words of a young Pakistani woman who contracted a Sexually Transmitted Infection (STI) when her husband, who had been engaged in several extramarital affairs, forced himself on her.

When it comes to marital rape, women are often confused whether they have been raped or not. The scenario of a stranger raping a woman on the street is immediately identified as rape, where as forceful acts by a husband upon a wife are considered acceptable. This is partly due to the cultural belief that is rooted in women’s minds that ‘submitting’ to their husband is a sign of a dutiful wife.

Due to this attitude, women are unaware that it is their right to say no to sex if they want to. A victim of marital rape usually finds the responsibility of the abuse on her own head, mainly due to the abuser’s justifications.

The subject of marital rape leaves many people uncertain; can the act really be termed marital ‘rape’?

There are some individuals who believe that there is no such thing as rape within a marriage whereas some claim that there is nothing wrong with a man forcing himself on his wife.

“In Islamic sharia, rape is adultery by force. So long as the woman is his wife, it cannot be termed as rape. It is reprehensible, but we do not call it rape.”

Sahih Bukhari, the most authoritative Islamic text after the Holy Quran, quotes the Prophet Muhammad (pbuh) as saying,

“If a husband calls his wife to his bed (ie to have sexual relation) and she refuses and causes him to sleep in anger, the angels will curse her till morning.” (Bukhari v.4, b.54, no.460).

However, the above mentioned quotations contradict the overall, traditional Islamic view about marriage being a contract based on mutual love, respect and consideration. Both the husband and wife have a right to their own body and, whilst consideration for a person’s sexual needs is normal, forceful sexual acts are not a sign of love or respect but become a fatal blow to a solid marriage.

On the other hand, it is important to note that our religion does make it clear that harming one’s wife is forbidden. Men are commanded to be kind and loving to their wives and treat them honourably and therefore, rape, abuse and ill treatment, whether it is physical, verbal or psychological , is unacceptable in a marital relationship.

Unfortunately, Pakistani law does not recognise marital rape. The Hudood Ordinance, which was enacted in 1979, required  the woman to present four witnesses to corroborate accusations of rape, otherwise she would be convicted of having illegal sex.

The second law on this subject is the Women’s Protection Bill, approved in 2006, which passed the prosecution of rape cases from the Hudood Ordinance to Pakistan’s secular penal code. The bill enabled judges to try rape cases in criminals courts, rather than Islamic ones and ended the infamous need of male witnesses to support the rape accusation. However, it also eliminates the death sentence and reduces the penalty to five years imprisonment and a fine.

With cases of marital rape growing rapidly, some officials have expressed their concerns at the number of cases  going undetected. Doctors are also getting worried and have reported a large  number of patients who came to them after being assaulted and in dire need of  stitching for the severe damage done to their bodies.

Love is the foundation for a long lasting marriage. When a man unleashes this monstrosity on his wife and hurts her, it classifies as assault. One cannot claim to ‘love’ his wife when he forces himself on her, leaving her with vaginal tears and scars.

The truth is simple. When you force a woman to have sex with you – its rape. It does not matter whether the victim is married to you or not because no one deserves  such brutality.