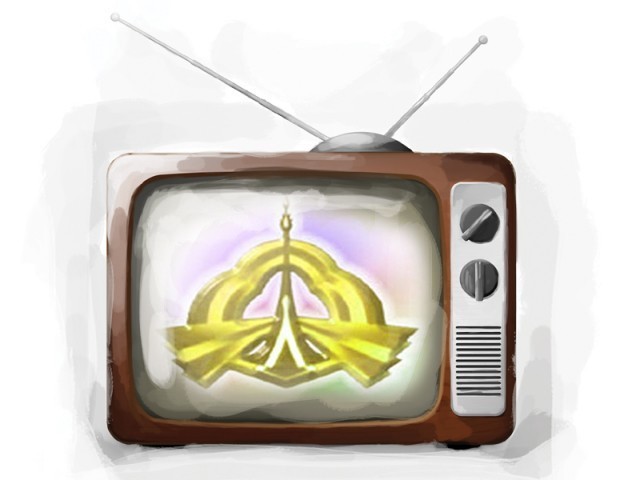 Believe it or not, dads watched dramas, children watched the news, and moms watched cartoons. Unfortunately, this is not true today.

Some of you might be too young to remember, but in the not-so-distant past, there was a time when we had just one TV channel, Pakistan Television (PTV). This lone channel, too, did not air all day. In fact, it started at around 4 pm and almost always ended before midnight.

We have come a long way since then as Pakistani media has grown into a huge industry. Undoubtedly, this has many advantages in terms of opportunity and exposure. But sometimes I can’t help but feel terribly nostalgic. I miss the simpler days of PTV.  Here’s a list of things about the channel I miss the most:

1. Low costs. In the good old days of PTV, there was just one TV set for the entire household to share. No one needed more than a single TV in the house since every member of the family watched just the one channel.

2. The TV lounge and the family. The whole family was content with sitting in one room and enjoying whatever was on. Believe it or not, dads watched dramas, children watched the news, and moms watched cartoons. Unfortunately, this is not true today. Family bonding in front of the TV is a concept of the distant past.

3. The ‘no-tension’ news. This began with “sadr-e-mumlikat ne kaha” (The president said), wen on to “wazeer-e-azam ne kaha” (the prime minister said), and ended somewhere around “governor ne kaha” (the governor said). No conspiracy theories, no stupid fights, no exaggerations, no songs to describe the political situation, no analyses, no talk shows – no tension. These were the days of straight journalism.

4. The quality writers. Haseena Moeen, Amjad Islam Amjad and the like were classy writers. I don’t know if these people still write for TV; if they do, I have lost them somewhere in the overwhelming sea of channels.

5. No remote controls. Since there was just one channel, you did not require a remote control. This meant no fighting over who got ownership of the control, no household searches for the lost remote, no continuous changing of channels, and no feeling of extreme discomfort when somebody else had it.

6. Those creepy tunes. Somehow I miss the funny noises that would accompany the various transitions of the PTV channel. Be it the soothing tone that accompanied the PTV sign before the transmission began, or the highly irritating ‘tain tain’ before a live hockey match, PTV music had its distinct charm.

7. Underpaid artistes. I might be wrong here,  but somehow I feel that people who were paid peanuts, like Shoaib Hashmi, Shoaib Mansoor, Nusrat Thakur, Tariq Aziz, and so on offered quality journalism. They were so much better than the many who are paid handsomely today, but fail to deliver the same standard of results.

8. Announcements. A pretty lady appearing on your screen before every program and telling you the name, writer, director, stars, and sponsors of the show was somehow comforting. Moreover, just hearing ‘Aaj ke program’ at the beginning of the transmission lent a sort of predictability to the proceedings.

10. Farman-e-Ilahi. This show, the last of the transmission, provided closure to the day. One could sleep early and not waste time watching TV till 3 am. Though it seems hard to believe, but in those days when someone asked the question: