The plight of India’s migrant workers 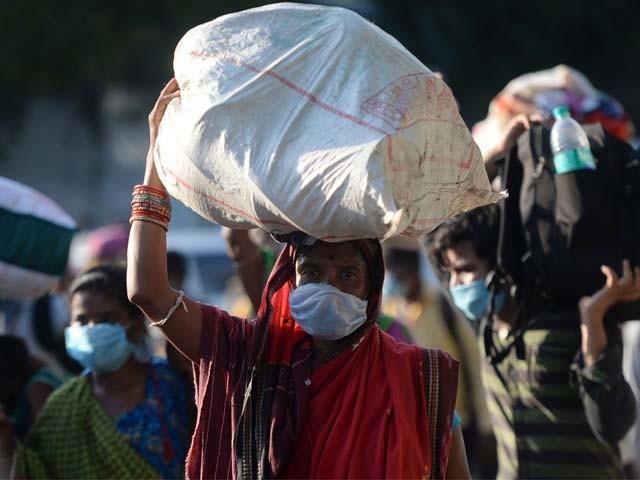 The decision by the Indian government to potentially extend the nationwide lockdown in order to contain the pandemic also highlights the urgent need to look after the inter-state migrants; since migrant labourers have been among the worst affected due to the lockdown. Their arduous journey back to to their home states without the provision of adequate transport facilities not only exposes them to the threat of Covid-19 but also burdens their meager financial resources. Ironically, this is happening in a country which, according to the constitution, is termed a “welfare state”. To help facilitate the movement of these migrant labourers some states in India have started inter-state buses and trains for their repatriation, while other states have turned a blind eye to their demands. In urban areas, industries and factories have closed their doors, and those which are still running have reduced the strength of their workforce in consonance with the norms of social distancing and also due to the reduced economic activity. So what will the migrant labourers do now?

While some in India dismiss the ordeal of these individuals as a necessary trade off in the fight against Covid-19, we must not forget that every person in India has a fundamental right to livelihood under Article 21 of our constitution. Unfortunately, the Indian government has failed to protect this inalienable right during this crisis. In the Kapila Hingorani v State of Bihar case, the apex court had rightly observed that,

“Deprive a person of his right to livelihood and you shall have deprived him of his life.”

Furthermore, under Article 39(e) of the Directive Principles of State Policy,

“The state shall, in particular, direct its policy towards securing that the health and strength of workers, men and women, and the tender age of children are not abused and that citizens are not forced by the economic necessity to enter avocations unsuited to their age or strength.”

While necessary precautions must be taken to curb the spread of Covid-19, the state is also responsible for ensuring that the workers’ livelihood is protected, but currently the contrary is happening in India. As a result, these rights and duties are at stake since very few individuals in the country are concerned about the pitiable conditions such workers are having to endure as they journey back home. As mentioned earlier, as these poor workers are walking back to their homes, Covid-19 is not the only threat they have to face.

A prime example of this was the tragic accident that occurred in Aurangabad. 16 migrant workers on their way home from Madhya Pradesh were trampled by a goods train while they were sleeping on the railway tracks. This incident has served as a reminder for many in India of the horrific implications of the lockdown. All this reflects the amount of dereliction shown by the authorities despite knowing the hardship workers are currently facing while returning home, with many being forced to walk across roads and railway tracks. The government is urging migrant labourers to not walk all the way home and saying that it will arrange proper transportation for them.

However, if despite these declarations migrants are still choosing to walk then this only depicts the failure of the government to provide timely alternatives. All of us are responsible for their current ordeal because we have failed to improve the standard of living of these labourers even after 72 years of independence. They still lack access to education and information outlets due to which they are largely unaware of the current situation’s gravity. As a result, we are greeted with images of thousands of workers gathered at railway stations across the country, desperate to get back home. Although a petition is pending in the supreme court which calls upon the government to address the plight of these workers and arrange for their safe travel, a great deal of damage has already been done.

This exodus is occurring at a time when many states are in dire need of workers to harvest the crops. But due to vote bank politics (since many of these workers are registered as voters in their home states), many states are hesitating in taking necessary action since they feel it is not their problem. It is imperative that the state provides these workers with basic necessities like food, shelter and some money. There should also be a dedicated mechanism to help meet their transportation demands. At this time, states should implement the Interstate Migrant Workers Act 1937, with some modifications, and direct industrialists and employers to register their workers and provide a list of the same to the government. This will help facilitate the government in distributing essential goods to those who are in need of them. It is crucial that both the centre and the states join hands and work together to resolve this burning issue.

The writer is a law student from Amritsar.