Caught between clerics and coronavirus 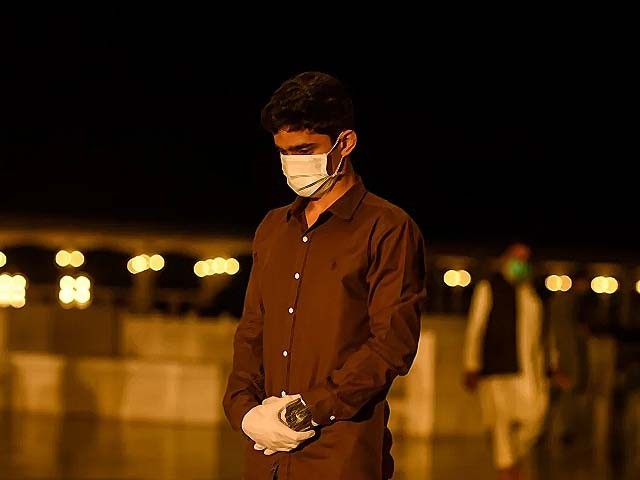 On May 7th, the government of Pakistan decided not to revise its earlier decision from April 18th, whereby the government allowed the re-opening of mosques after thorough negotiations between the state and the country’s top clerics. With a lengthy 20-point standard operating procedure (SOP) agreed upon by the government and Pakistan’s clerics, the latter seem to have got their way, again. This is a concerning development given the rampant spread of Covid-19 across Pakistan. While the SOPs agreed upon require mosques to follow 20 procedures (including maintaining a six-feet distance between worshippers, barring the entry of the ill and the elderly, wearing face masks, and performing ablution at home), one wonders how effectively the state is equipped to enforce these terms across thousands of mosques in the country.

Less than two weeks ago, a survey conducted by the Pattan Development Organisation – using a standardised checklist consisting of four out of 20 points of the agreement – showed that more than 80% of mosques in Punjab and the federal capital did not actually implement the agreement. An analysis of the survey shows that guidelines have widely been ignored by the mosque authorities. Therefore, one worries about the extent to which this could contribute to the ongoing spread of the virus across the country.

Senior doctors fighting the pandemic at the forefront have pleaded with Islamabad to reconsider its decision regarding the opening of mosques. They have warned of the fatal danger this poses, but to no avail thus far since their demands have largely fallen on deaf ears. Additionally, several doctors in the country have gone on a hunger strike to demand for basic personal protective equipment (PPE) from the state. The state has responded aggressively, and even baton-charged some doctors who were engaging in such protests. The World Health Organisation (WHO) has already warned that the number of Covid-19 cases in Pakistan could surpass the 200,000 mark by mid-July 2020, if current policies persist. Hence, one wonders why the government continues to insist that mosques can operate during a pandemic which has crippled the world.

Despite the rising number of coronavirus cases in the country, the federal government is adamant on its stance to further ease lockdown measures; for them, the adverse economic impact is far more dangerous than the virus itself. Yes, the economic experts and top financial institutions have forecast an alarming reduction in GDP growth figures for Pakistan in wake of the Covid-19 crisis. Yes, the weakest segments of society have been affected the most by the economic fallout due to the pandemic. But those in-command do not realise that the economy will not function, or even show signs of recovery, until and unless the virus has been effectively dealt with. At one point or another, the continued spread of this virus will bring economic activity to a halt once again. That is why European countries did not show any flexibility with their lockdown measures until the curve had flattened.

The mishandling of the situation at the Taftan border is already haunting Pakistan, the health sector is over-burdened and on the verge of falling to its knees before the almighty virus, and the governance structure is not well-equipped to deal with such a massive outbreak. As a result, the country is facing the ominous consequences of government delays and confusion in taking assertive policy actions. The total number of confirmed cases has now surpassed the 30,000 mark, and there are more than 650 recorded deaths. Unfortunately, the true number of cases is likely to be much higher given the low testing rates. Additionally, over the past few days, Pakistan has reported its largest daily spike in Covid-19 cases.

All this begs the question as to why Islamabad is allowing congregational prayers to take place across thousands of mosques in the country. Throughout most Muslim countries, governments, along with the backing of religious leaders, have shutdown places of worship to the public. But the Islamic Republic of Pakistan seems to be intent on carving its own path through the woods.

Perhaps this is owed to the central place that Islamisation has given to the clerics and religio-political leaders in Pakistan. Since 1947, Pakistan has called in the religious sentiment of the populace to unite them on various fronts against India. Whether it was in 1948, 1965 or 1971, one could argue that the common factor to unite the masses has been Islam. During the 1980s, military dictator Ziaul Haq’s Islamisation policies, coupled with the establishment of jihad training centers against the Red army, gave unprecedented power to the clerics. This ensured that the religious establishment paved their way to the power corridors, effectively influencing parliament and changing state laws.

As a result, clerics and religious institutions have deeply embedded their roots into Pakistani society. Not only do they enjoy great political clout but also hold a great degree of power and sway over the masses. Such clerics have been quick to resort to violence and hate speech when their political and religious goals are met with any resistance.

Perhaps it is due to these very reasons that Islamabad has refused to take a harder stance on the issue of allowing congregational prayers. If it were to implement a stricter approach on the matter, protests would likely erupt in every corner of the country, killing the purpose of any lockdown or social distancing measures. Things might even take a violent turn, with direct threats to the state, as they once did during the Lal Masjid crackdown during the Parvez Musharraf era. Such elements are monsters that the state once created but can no longer control. That is why, at a time when all resources need to be focused on fighting the pandemic, the government is instead busy appeasing the clerics. It is not the first time such clerics have challenged the writ of the state, and made a mockery of state decisions, and it definitely will not be the last.

The writer is a graduate of the Lahore University of Management Sciences (LUMS) and writes about current affairs. He tweets @rajasherbaz2