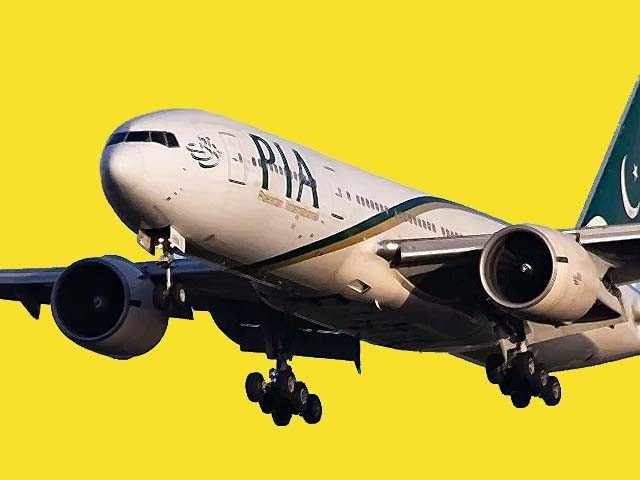 Due to Covid-19, economic output is contracting across the world by trillions of dollars, and governments are printing more money while increasing government loans to provide relief to their countrymen. Pakistan too has announced a stimulus package worth $8 billion, but of this amount around $6 billion was already supposed to be provided in the shape of tax refunds, declining oil prices, and wheat procurement. To combat the impending economic fallout, Pakistan needs to open up its spending taps and scramble all its resources in an attempt to fix the economy.

However, even if the government cannot increase its revenue, can it at least cut down on its losses? The government needs to be reminded that Pakistan International Airlines (PIA) lost close to $250 million in first six months of 2019, making that an expected loss of $500 million in a year. In other words, that is the 5% interest we pay on $10 billion worth of loans; and that amount can drastically change the equation for Pakistan’s healthcare, education and defence budget.

A $500 million worth of revenue loss in a year is a severe dent to the country’s economy. If one were to draw an analogy, it is like the head of a family wanting to cut down on the children’s education, alongside health and housing expenditures only to keep a loss-making business running. By comparison, the annual health budget of Sindh is Rs114 billion, which theoretically means 48 million people in Sindh could have almost double the money available to account for their healthcare needs only if PIA’s losses could be diverted. In fact, one could argue that the state would have more finances, and thus better resources, available at its disposal to fight Covid-19, and many other diseases, if only PIA could break even. Similar losses are mounting in other public sector entities such as the electricity distribution companies, Pakistan Steel Mills and Pakistan Railways because the government has failed to fix the core issue of structural reforms in these sectors.

Previous attempts to privatise or turnaround these businesses have been rendered futile since severe resistance was witnessed following attempts to downsize/privatise these entities. Granted, the livelihood of around 14,800 employees is at stake, but why must it come at the cost of Rs 5.6 million per year? That’s an unimaginable loss to the government exchequer which has to be paid by the overburdened taxpayer.

Due to the rapid global spread of Covid-19, international and domestic flights have declined by 75-80% globally. Even with a partial relaxation on this front in the next few weeks, it is likely that most people will want to avoid unnecessary foreign travel. Due to the pandemic, many profitable airlines the world over have already defaulted and applied for government bailouts. If that is their current state, one can only imagine the quagmire PIA is currently in. Hence, the government and PIA have to be on the same page and must give the budget makers a reality check. Advisor to the Prime Minister on Finance and Revenue Hafeez Shaikh must realise that we can save more money by letting go off PIA then we can by increasing the tax rate for the salaried classes.

Despite PIA’s growing list of misfortunes, the very strategic nature of the airline could nonetheless be preserved by downsizing it to the bare minimum and letting the private sector take the lead. The government should do away with the need to let foreign airlines take the market share of local airlines, which is only draining the country’s feeble foreign currency reserves. Warren Buffet, famed investor and business tycoon, has sold all his airline stocks and has said,

“The world has changed for airlines and we wish them well”.

This is alarming for PIA since the national carrier was not in particularly good shape to begin with. Upon coming into power, Imran Khan’s Pakistan Tehreek-e-Insaf (PTI) was partly led by hopes of structural reforms regarding increased documentation, accountability, remedying the power sector, increasing exports, solving the menace of public sector losses, increasing ease of business, and revamping the education and healthcare sectors. The current crisis has made it more evident than ever that the state must immediately fix these holes, otherwise Pakistan’s economy will continue to bleed. The amount of savings generated can be much more than what the government is trying to negotiate with the independent power producers (IPPs) who are already legally protected and earning their agreed upon dollarised profits.

The International Monetary Fund (IMF), Asian Development Bank (ADB), World Bank, and China will be observing how judiciously Pakistan’s government is able to manage its finances during this time. Pakistan needs to get its house in order and cannot afford any more experiments with those advocating for free-market participants. The state must establish a political consensus to stop the bleeding and divert its losses. The ramifications of the pandemic will only exacerbate the problems PIA has been facing over the years as it continues to be a burden for the taxpayer; which is why the government must decide whether it should be privatised, downsized or reformed entirely.