Imran Khan’s gamble: Is ending the lockdown the right move? 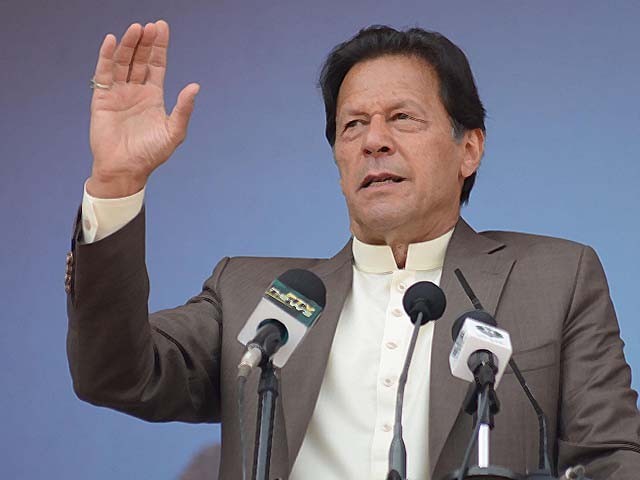 Admittedly, Imran Khan was in a tough spot. Desperate to minimise further damage to an economy already in the throes of a crisis and a population reeling from a loss of livelihood, it was only a matter of time before Khan caved. And so, after six weeks of a callously enforced lockdown, Pakistan is heading towards a staggered reopening. This is a very dangerous gamble. If it works, Pakistan can come out the other side of this crisis with fewer deaths and relatively less damage to the economy than most countries. But on a day that saw record deaths from the coronavirus, one is left with the acute sense that Khan’s gamble is bound to fail, leading both to unnecessary and painful loss of life and, inadvertently, more economic woes for the country and its masses.

It is a miracle that Pakistan has so far escaped the worst of the coronavirus crisis. Perhaps this will remain true and even with a callously enforced lockdown and a broken healthcare system, we will not suffer the same fate as the United States and Europe. But as the coronavirus situation in the country worsens with every passing day, it is more probable that the worst is yet to come. In recent days, hopes for flattening the curve have evaporated as the rate of infections has risen exponentially. In that event, more unfortunate suffering and loss of life is assured.

A continued and well-enforced lockdown over the next month, even with rising infections, may have staved off our most extreme fears. The experiences of other countries have shown that a lockdown, no matter how painful, coupled with expanded testing is the only way to halt the spread of the virus and minimise the damage it causes. Unfortunately, Pakistan has chosen to forego this route and Prime Minister Khan’s decision makes our impending reality look much grimmer. As ‘normal’ life is restored over the next few weeks, it is inevitable that the virus will spread much faster and wider and the consequences will be much worse, and much more long term.

Perhaps the prime minister has accepted the reality that people will have to die if he is to save Pakistan’s economy and his own political career. What he and his advisors have perhaps not had the foresight to see is that his panacea may very well turn out to be disastrous for the economy and the cause of more acute suffering for the country’s poor. If the prime minister thinks that he can get away with ignoring the flood of rising infections and deaths that his quest to reopen will yield, he is sorely mistaken. When the coronavirus crisis gets worse, the pressure will inevitably build from all quarters for a response. A new lockdown will be ordered, either by the prime minister or by the establishment, and this one will be far longer and far more painful than the current one. At 25, 000 infections, it may very well take a month or two more to flatten the curve. At 250,000 infections, combined with our non-existent testing and poorly managed contact tracing, it might take half a year or longer.

In that case, the present lockdown is just a teaser for what may come. Millions will find themselves jobless, savings will evaporate, businesses will collapse, and the economy will be in ruins. Long term travel restrictions to and from Pakistan will mean trade and remittances will come to a halt. Most importantly, those at the very bottom of the socioeconomic ladders of Pakistani society will suffer the most. This is the large segment of our population without a safety net and without any savings or assets to fall back on.

Ultimately, this kind of economic ruin and suffering will mean more government spending and consequently, rising national debt. Healthcare, already grossly underfunded, will require major funding to care for even a fraction of the patients. The welfare net, currently woefully inadequate, will need to be expanded so it can cover just a small number of the rising dependents. And when the crisis is finally over, businesses will need loans to kick-start the economy. All this requires more money than the government has and will inevitably result in the kind of borrowing that will further push us into a vicious debt trap.

Understandably, extending the lockdown at the present juncture would have been a difficult thing for the government to do. Done well, it requires not just enforcing an increasingly unpopular lockdown but also doubling efforts to care for the ever-increasing masses on the brink of poverty and hunger. This, the government has proven, is a job it is unfit to carry out. And so, the easy path was chosen. Unfortunately, by taking this easier path and reopening the country, the government may have condemned Pakistan and its most destitute to an even worse fate.

The author is a student at New York University. He is a passionate about politics and issues of social justice. He tweets @sobhagadi (twitter.com/sobhagadi?lang=en)

Why is Pakistan’s religious establishment getting away with lockdown violations?

#StandWithKashmir: Why India repealing Articles 370 and 35A is a cause for concern

4 reasons Islamabad does not need the metro bus service