The link between climate change and pandemics 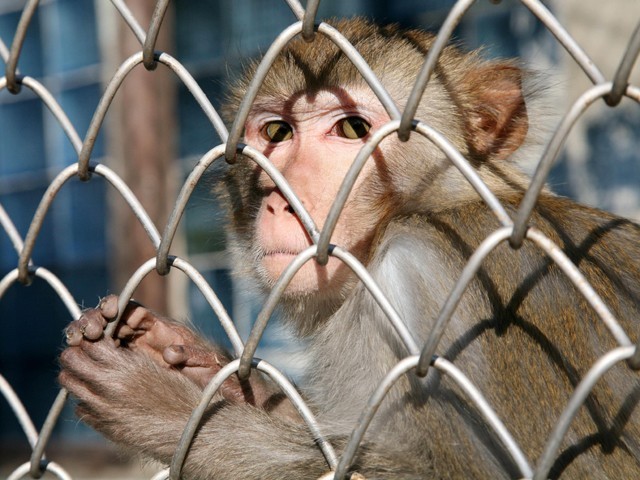 While coronavirus may not have been caused due to climate change, the ongoing climate crisis is likely to lead to an uptick in future epidemics caused by viruses and other pathogens. In light of this, it is imperative that Pakistan’s healthcare system is able to cope with these increasing climate-sensitive health risks. Hence, there is a growing need to assess the health adaptation mechanisms in context of the human-animal-environment interface.

As studies have shown, climate change exacerbates existing vulnerabilities, and adds complexity and uncertainty to human health issues, such as a surge in the emergence of infectious diseases, food insecurity and malnutrition, along with pollution-related deaths. There are several studies which have focused on how the climate impacts biological systems, but few have focused on these multi-level climate changes within the human healthcare system. Upon closer inspection, it is evident that there is a need to understand the ecological interactions and reactions across these complex nature-human systems to unearth how climate change impacts the “One Health” of the world – a term used by World Health Organisation (WHO) to understand the interlinkages between environmental, animal and human health.

While all this may sound complex, in simple terms, we primarily need to understand the dynamic nature of ecosystems in a changing climate and how it ultimately affects human health. There are several mechanisms through which climate change can impact biological systems, some of these include: modifications in vector, reservoir, and pathogen life cycles due to temperature and humidity changes; new diseases among domestic and wild animals and plants, disruption of the natural order, interactions between species, and an alteration or destruction of natural habitats.

Now let us put this in the context of Pakistan. Pakistan currently ranks fifth on the Climate Risk Index 2020 since it is recurrently affected by catastrophes and climate-related events, putting stress on an already strained healthcare system in the country. Climate change has the potential of affecting both environmental and social determinants of health, clean air, access to safe drinking water, nutritious food and shelter. Since 2015, Pakistan has experienced recurring heat waves which have killed a few thousand people across the country. These heat wave events are projected to increase both in frequency and in duration, with the WHO estimating that 63 heat-related deaths per 100,000 in the elderly (65+ years) in Pakistan will have occurred by the year 2080 under the existing high emissions scenario.

With the rise in temperature, the risk of water-borne and vector-borne diseases also increases. The rise in the number of dengue and malaria cases is often due to the changes in temperature and heavy precipitation, possibly resulting in the increased number of breeding sites for mosquitoes. According to the WHO, 46 million people in Pakistan are projected to be at risk of malaria annually by 2070 under the high carbon emissions scenario. Similarly, a 17% rise in children deaths due to diarrhea can also be attributed to climate change.

Additionally, the United Nations Environment Programme (UNDP) suggests that 75% of all emerging infectious diseases in humans are zoonotic (of animal origin) and that these zoonotic diseases, like Covid-19, are closely interlinked with the health of ecosystems. In the last century, a combination of population growth and reduction in ecosystems and biodiversity has culminated in unprecedented opportunities for pathogens to pass between animals and people. On average, one new infectious disease emerges in humans every four months. For example, the UNEP Frontiers 2016 report noted bat-associated viruses emerged in the human systems due to the loss of a bat habitat from deforestation and agricultural expansion.

In a post Covid-19 world, healthcare systems need to be strengthened for the simultaneous protection of humans, animals and the environment from the impacts of climate change. Naturally, the cost of such outbreaks due to zoonotic pathogens may be much lower if they are detected early on in the vector or in the livestock rather than later on when they manifest themselves in human beings. Therefore, integrated community-based surveillance of zoonoses is a promising avenue to reduce the health related impacts of climate change. A “One Health” approach to climate change adaptation may significantly contribute to food security, with an emphasis on animal source foods, extensive livestock systems, particularly ruminant livestock and environmental sanitation. It could also serve as a step towards national, regional and global integrated syndromic surveillance and response systems.

At present, Pakistan’s public healthcare system remains disconnected from these complex human-animal interfaces. There is a need to devise a post Covid-19 national action plan espoused under the “One Health” framework. Many professionals with a range of expertise who are active in different sectors, such as public health, animal health, plant health and the environment, should join forces to support “One Health” centred approaches in Pakistan. This should also include social scientists since they can help understand community behaviour responses to such health crises in the future. After Pakistan has recovered from the current pandemic, the country will need to formulate a robust plan aimed at protecting nature, so that nature can in turn protect itself and us.

The writer is a research fellow at the University of Oxford and is interested in the intersection of environment, society and governance systems in Pakistan and the Asia Pacific region. He tweets @mohsengul (twitter.com/mohsengul).