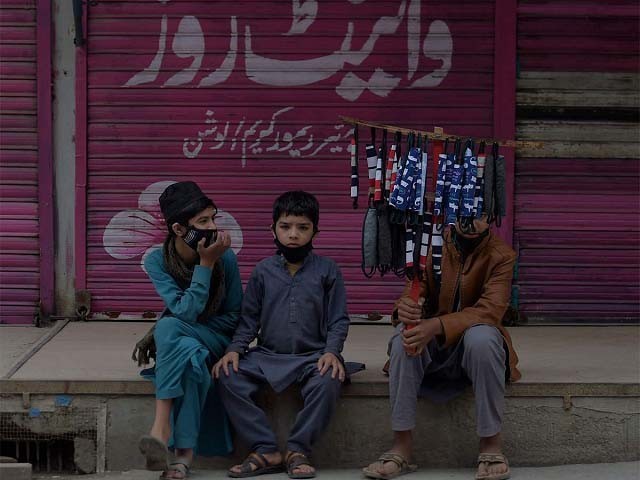 In the past few months, the world has tried relentlessly to tackle the rapid spread of coronavirus across countries. In such unprecedented times, even though the number of cases and fatalities have now started to slowly decline in some countries, it will more likely leave an indelible impact on the most marginalised and vulnerable sections of society, especially the youth of Pakistan.

With the majority of contemporary corona-related research focusing on the havoc being wreaked at the macroeconomic level due to high unemployment rates and stunted entrepreneurial growth, little discourse is made available on the dire need to provide emotional support to children and the youth during these challenging and turbulent times. According to the United Nations Educational, Scientific and Cultural Organisation (UNESCO), nationwide school closures were adopted in around 188 countries by the first week of April. UNESCO Director General Audrey Azoulay, shedding light on this policy adoption remarked,

“While temporary school closures as a result of health and other crises are not new unfortunately, the global scale and speed of the current educational disruption is unparalleled and, if prolonged, could threaten the right to education.”

In times of stress and anxiety, infants and younger children are also able to detect changes in parental and adult behavior. They may resort to increased clinginess and excessive crying and may have nightmares or throw temper tantrums. For older children, it is difficult to comprehend both what the current situation is and how high the stakes are with respect to maintaining high hygiene standards. This age group is more prone to exhibiting physiological changes such as those related to sleep and dietary patterns as well as physical changes such as experiencing head or stomach aches. Dwindling concentration levels coupled with demotivation further exacerbate the situation at hand. School closures, though mandatory, have left children at a loss of a sense of structure and have restricted their social networking which they were otherwise able to benefit from in an academic setting. Apart from the need to undertake effective social distancing measures and to self-isolate, this pandemic will surely be taking a toll on the younger adult population with stress and anxiety levels running high, especially for the cohort on the brink of deciding their future trajectories and set to appear for their Board/GCSE and A Level examinations.

Undergraduate and graduate students, on the other hand, are struggling to cope up with distance learning and taking online classes, with a significant proportion facing logistical issues such as poor internet connectivity or trying to establish a balance between their study routine and spending time with family or performing increased household responsibilities. Although not widely adopted, some classes, instead of being virtual, are being pre-recorded by instructors. In such cases, students feel further hampered of their inability to get prompt responses to any questions that the lectures may raise. For courses where a significant number of students are enrolled, it is difficult to keep accurate records of attendance and class participation, thereby leading the course team to re-allocate grade breakdown to other course components. Furthermore, students are also finding appearing for online or timed examinations extremely cumbersome and stress-inducing. Aggregated, these factors further exacerbate pre-existing inequalities present among students.

Having already gone through hostel evacuations and cancellation of anticipated events such as exchange programmes, farewells, and graduation ceremonies, as well as losing part-time jobs in the case of some students, a sense of negativity regarding the future is running abysmally high. For the graduating batch, anxiety over entering such an uncertain job market also adds to their list of current stressors. To increase psychological resilience and to mitigate the impact of extended lockdowns, educational institutions may proactively reach out and try to offer tele-mental counselling services and provide specialised guidance, especially for students struggling with mental health conditions. Their coping skills can be enhanced by allowing them an opportunity to verbalise their feelings. On the supply side, therapists and psychiatrists can also shift their mode of service delivery to tele-health operations and start providing remote check-ins, which have already been adopted in many countries around the world.

In some cases, the youth also have to deal with other unforeseen circumstances such as disease and death among family members or other less dire, yet significantly dismal events such as parental unemployment, which may ultimately lead to higher family stress levels. For children who are already part of an abusive environment, where they either have to witness violence against other family members or, even worse, if they are subjected to it themselves, being confined to their homes for extended time periods can have a deleterious impact on their mental well-being. Increased rates of child abuse, neglect and exploitation, although not widely reported, do exist and happen frequently behind closed doors. Similarly, children who face vulnerable circumstances such as living in poverty and destitution, having special needs such as autism spectrum disorder (ASD) or having fractured relationships will tend to fare the worst and might find it twice as hard to cope in these dismal times.

It is extremely important that the mental health and psycho-social well-being of children and young people is preserved. Adults need to be mindful of the need to adequately acknowledge and address prevalent anxiety and fears among the youth. A possible solution is to keep them well-informed, yet not overwhelm them, with regards to the situation at hand. Sharing relevant information in an age appropriate manner can go a long way in providing reassurance and emotional satisfaction to children. Following regular routines can also help provide a sense of safety and can assure stability within the household. If left unaddressed, these mental health concerns could build up over time and have far-reaching, long-term social and economic implications for future generations that are able to surpass the immediate detrimental impact Covid-19 is leaving in its wake. Once this pandemic ends, it would be challenging to re-calibrate the youth and to ease them back into a life of ‘normalcy’.