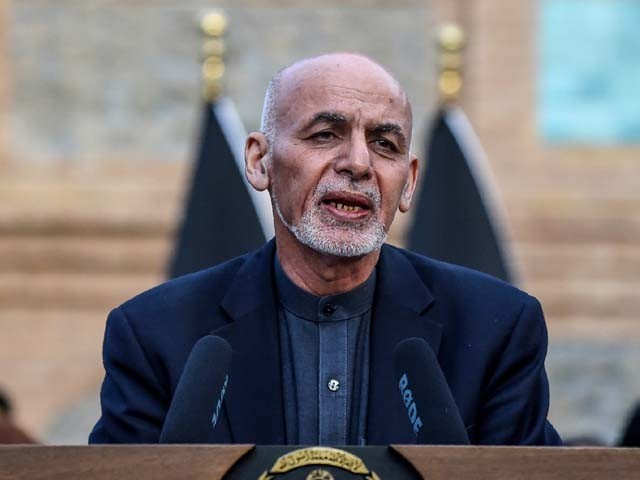 The United States (US) and the Taliban made a deal earlier this year to end America’s longest war. Before the coronavirus pandemic hit the world, the deal had been finalised and soldiers were even scheduled to leave the country. Initially on March 10th, there were going to be talks between the Taliban and the Kabul regime led by Afghan president Ashraf Ghani. But the result of the Afghan election, which had been held in September last year, had been in abeyance and so was the fate of Ghani, the incumbent candidate.

His chief rival Abdullah Abdullah had challenged Ghani and leveled serious allegations of voter fraud. The voter turnout in the election stood at 20%, which is the lowest since 2001. In March, when the Taliban and Kabul regime were supposed to sit down for a talk about the prisoner release on both sides, Ghani rejected the release of the Taliban prisoners in Afghan custody citing the reason that the deal with the Taliban was made by the Americans, not him. The real reason was that he was using his recalcitrance as a bargaining chip for his presidency to be recognised as officially legitimate, not with the Afghan people but with his real electorate; Washington.

Both Ghani and Abdullah held ceremonies on the same day declaring themselves as the Afghan president. But as the international community, which is a code word for Washington and more specifically, Zalmay Khalilzad, General Austin Miller, and a bunch of other diplomats inside the US embassy in Kabul, showed some support for his presidency rather than for Abdullah’s, Ghani announced that he would release the Taliban prisoners.

Then the Taliban and Ghani led Kabul regime did meet and the talks hit a snag. The original deal between the US and the Taliban had included the release of thousands of Taliban prisoners in Kabul custody. But Ghani refused to release them wholesale citing logistical constraints, arguing that it would have to be a phased release. Then the Taliban wanted their senior leaders released first but Ghani refused and said that those who orchestrated large scale attacks in Afghanistan wouldn’t be released. That is when a dead end was reached in the talks. As a result, the Taliban shut their mouths and opened their arsenal.

Ghani’s aim was not some moral principle when he came up with one after another excuse not to honour the deal signed between the US and the Taliban. His real motive was the safeguarding of his presidency, which was still in abeyance. No official recognition has been extended to date. Ghani is playing his age old shenanigans and is continuing to use the prisoner release as a bargaining chip. He is behaving sort of like a low level petty clerk in a government office who likes to charge a small fictional fee after something has received the approval of the higher officer.

So, the Taliban have resumed doing what they do best; violence. They are talking not with their tongues but with their guns. They have ramped up their attacks on the Afghan soldiers. Ghani is directly responsible for those innocent deaths because he wants to drag this on as long as it takes to ensure his presidency becomes official. If the cost is the butchering of Afghan soldiers at the hands of the Taliban, so be it.

We should recall that the deal between the Americans and the Taliban is for not allowing Afghan soil to be used by some foreign terrorist group to plan and launch attacks against the west, primarily the US. And also, while the withdrawal of foreign forces is underway, American and coalition forces are not to be attacked by the Taliban. The Afghan army soldiers are not exempted from Taliban violence. They are not the sacrosanct ones, the Americans are.

The problem is that Ghani knows this full well. He knows that his forces and his fellow Afghans will pay the price in blood and whatever treasure is left. But he is willing to pay that price for the sake of his presidency. By attacking the Afghans, the Taliban are not irking the Americans at all, who continue to give ritualistic and symbolic condemnations.

It is noteworthy that this is the first time that the US military in Kabul has refused to release specific data on Taliban attacks, citing the sensitivity of the negotiations between the US and the Taliban. The Special Inspector General for Afghanistan Reconstruction (SIGAR) has been using this data since 2018 to track the levels and locations of violence in the country. But not this year. That should speak volumes about what the Americans are not concerned about; the Taliban attacks on Afghans. And again, Ghani knows this and he continues to look the other way only to become the president of a country whose citizens he is instrumental in killing.

Now, Abdullah has hinted at some “tentative” deal with Ghani. Once again, the Americans would have to come up with some formula to keep both the rivals happy. Last time, a new office was created for Abdullah called the Chief Executive of Afghanistan. That work of art was by John Kerry, the US Secretary of State at the time. This time it is going to be “Executive Prime Minister”. Until that happens, more Afghan army soldiers are going to die. It is a race against time. And, I might add, – if history is any lesson – Ghani’s days are numbered too.