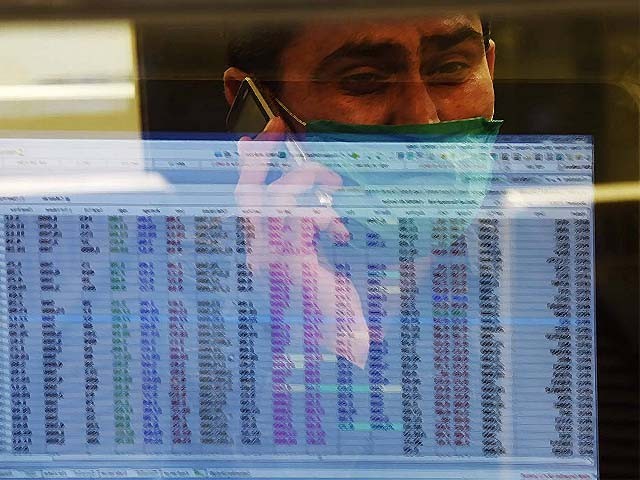 A stockbroker watches share prices during a trading session at the Pakistan Stock Exchange. PHOTO: AFP

The current pandemic has quickly turned from a public health crisis into an economic crisis; and the latter is likely going to worsen. Hence, it is time we reconsider our vision of the post-pandemic economic scenario. Will our hopes of the global economy returning to its pre-pandemic state fall short? Let us consider the different components likely to be impacted.

With consumption being the largest component of the gross domestic product (GDP) for most of the world, a hit to consumption expenditure would lead to a direct hit to the overall GDP. And given the deteriorating circumstances, consumption will suffer a big dent and the overtly optimistic forecasts of a V-shaped recovery may be nothing more than a distant wish. It is increasingly likely that post-pandemic spending patterns will change drastically as people take a more prudent approach towards consumption. Frugality will likely become the norm as consumers will first want to pay off the extensive debt they are accruing, along with wanting to build better insulated safety nets to accoubt for future inconsistencies and uncertainties. Additionally, the pandemic will lead to a stark bifurcation between essential and non-essential consumer spending. Increased consumer saving in a bid to pay off debt will result in a further downward spiral in the GDP because of the paradox of thrift. The paradox of thrift states that when people start to save more, it leads to a decline in aggregate demand and hence a decrease in the GDP, which in turn further lowers saving capabilities. And with consumer spending at all-time lows, how will businesses be able to generate revenues to kick-start their operations?

Companies are borrowing like never before, and governments will want them to invest once the dust has settled. But what about the massive debt companies are accumulating to help stay afloat? This will have to be paid off first before further investment plans can be made. The truth is, the stimulus the government is pumping in is necessary but that money has to be paid back in the future. Global fiscal stimulus for the duration of the pandemic now tops $8 trillion; and most of the stimulus is in the form of loans, bank guarantees and other financial instruments that aren’t handouts by any means.

The Pakistan government under the recently introduced “Chota Karobar Imdadi Package” agreed to pay off 3 months worth of electricity bills for small businesses upon the resumption of business activity, in a bid to ease their financial burden. Up to the advent of the pandemic, governments were already spending extraordinary amounts of money, and as a result debt was sky high. According to World Bank data, global GDP stood at $85.911 trillion in 2018. At the same time, global debt (public and private – financial and non-financial sector) hovered around $250 trillion; almost 300% of the GDP. And with governments borrowing more, they are putting themselves in a vulnerable position i.e. in a position where they might have to default. Italy, Argentina and Greece are just some examples of countries that are set to default if the pandemic persists any longer. Add a few more months of lockdowns and extensive borrowing, and many other countries are likely to follow in their footsteps.

Lebanon became the first country to default on debt (the Eurobond) as a result of the pandemic. This is the first time Lebanon has defaulted since its inception. More than 100 countries have asked their creditors for some form of debt relief. Temporary relief may be helpful for developing countries but ultimately servicing that debt will mean forgoing future expenditure.

According to the International Labour Organisation, given the escalating situation, nearly half of the global workforce is at risk of losing their livelihoods due to Covid-19. Moreover, the detrimental economic effects of the lockdowns worldwide are felt more strongly in countries which have a low average income. Even though many white-collar jobs have still managed to stay afloat by initiating work-from-home programmes, it is low income workers that are in a quagmire and daily wage earners have been hit the hardest. Even with the Ehsaas programme giving out Rs12000 to 12 million low income households, a lot more will need to be done to help these families financially. And once the dust has settled, the gap between the rich and the poor will widen, both on an individual level and on a national level, and will further exacerbate the existing inequality.

On the other hand, financial obligations cannot be deferred perpetually; hence, mortgage and rent payments will need to be made, electricity and power bills will need to be paid since creditors will only be patient for so long.

Central Banks around the world have brought their portfolio’s to record highs by buying up bonds and injecting money into the economy. And by bringing interest rates to all time lows, there may not be further wiggle room for them in case the investment doesn’t turn out to be enough to stimulate the economy. After a few recent tweaks, the official interest rate has been brought down to 9% by the State Bank of Pakistan. This will need to be brought down further if investment is to be encouraged. America may be fortunate enough to pump as much money as it wishes into its economy. However, the majority of the world will be less fortunate, including the industrialised developed nations.

Hence, the question stands: considering the uncertain longevity of the pandemic, with governments and central banks going all out and doing whatever it takes to keep their economies afloat, will the post-pandemic financial structure of the global economy be able to sustain this or will it collapse and send economies into a further downward spiral? If the latter is true, we will need to be ready, and we will need to be armed to the teeth with innovative resuscitative economic policies.

The writer is a student of economics and at the National University of Sciences and Technology (NUST).

What caused the oil price crash?