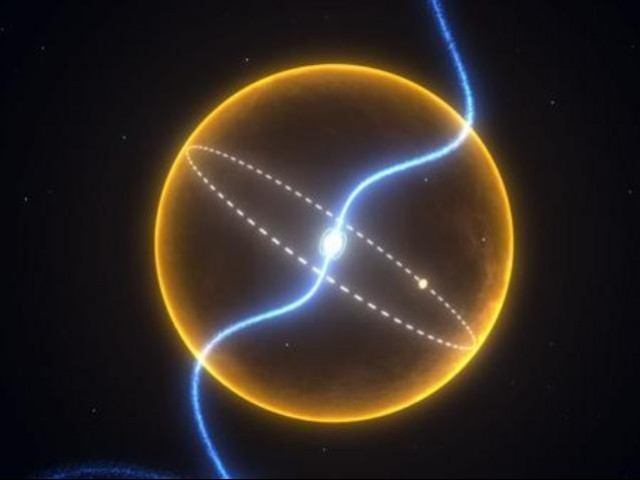 There have been several scientific breakthroughs for which the year 2011 will be remembered for. PHOTO: REUTERS

As the year 2011 comes to a close, it’s only natural to look back and remind ourselves of all that has transpired in the last 12 months. Other than several political and economic crises, not many things come to mind. However, upon a closer look one realises that there have been several scientific breakthroughs that this year will be remembered for.

The discovery that fascinated me the most was made in August, when astronomers spotted an exotic planet that was reported to be made of diamond. Orbiting 4,000 light-years away from the earth, the new planet is far denser than any other known and is made largely of carbon. Because of its density, scientists calculated that the carbon must be crystalline, so a large part of it was effectively considered to be made of diamonds. Reading about its beauty, distance from the Earth and how it orbits its star every two hours and 10 minutes made me reflect on how little us humans know.

Another discovery that left me in awe was regarding the black hole discovered in the Coma constellation which is located 336 million light-years away. Just a few weeks ago American astronomers reported that this was biggest black hole so far found in the universe. Known as NGC 4889, it is estimated to be 10 times the size of our solar system. The idea of pockets in space which suck everything, including light in its gravitational pull is enough to make one feel insignificant. Coupled by its enormity, as it is described to have swallowed billions of Suns, it becomes almost impossible for the human mind to fathom something so powerful and monstrous.

As we move into a new year and various specialists speculate about the dismal state of affairs that welcome 2012, I have realised that I view things differently. By reading about scientific breakthroughs I have learnt that there is still a lot that remains to be discovered and imagined. The human race has not reached a state of stasis and till the world remains dynamic, we have reason to celebrate and be hopeful.

A sub-editor for the Opinion desk of The Express Tribune

International aid and development are not synonymous

The thick blood of a journalist

Autism: A league of their own