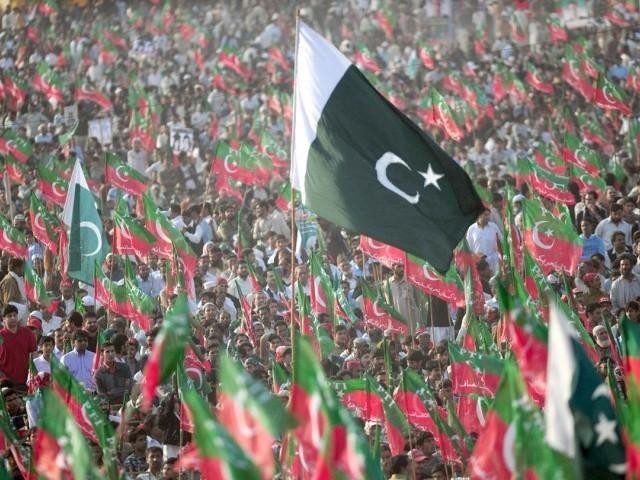 Six months ago, no one could have thought that PTI had a real chance to do well at the next election. PHOTO: REUTERS

Since the PTI rally in Karachi, people meeting in drawing rooms, at weddings and roadside restaurants are wondering what helped propel Imran Khan to prominence all of a sudden.

The argument goes that just six months ago, no one could have thought that PTI had a real chance to do well at the next elections. It was unlikely for seasoned politicians to break ranks and join Imran Khan. But for those who attended the Karachi rally, bigwigs like Shah Mehmood Qureshi didn’t matter.

There were entirely too many cars, motorcycles and rickshaws at the rally. People had come there of their own free will. For the fledgling PTI workers cadre it would have been hard to arrange transport and mobilise a large crowd. It seems people needed a break – an excuse, if you will – to be part of some kind of movement for change. After all, recurring power cuts, closure of CNG stations, lack of jobs and high inflation has affected them all.

That said, the party needs to do a lot. PTI has not disclosed its economic reform agenda yet. It’s not easy to raise taxes, cut the military budget, fix the acute energy crisis, cut subsidies and encourage investment. Getting rid of corruption sounds good but how will that help meet the country’s gas demand when local production costs $3.5 per unit and imports will cost at least $8 per unit?

Nevertheless, support for Khan came from everywhere – a top official from Engro, a local corporation reeling under a severe gas crisis, was seen at the rally. A famous confectionary brand arranged for six truckloads of its chips to be sold at the rally. Many bearded men, who did not bother about Imran allegedly colourful past, came to support him, presumably for his stance on the US war in Afghanistan.

Besides, what made the PTI rally stand out was the general indifference to fear. Suicide bombers have attacked public gatherings across the country in recent years, but Karachiites did not let this bother them at all.