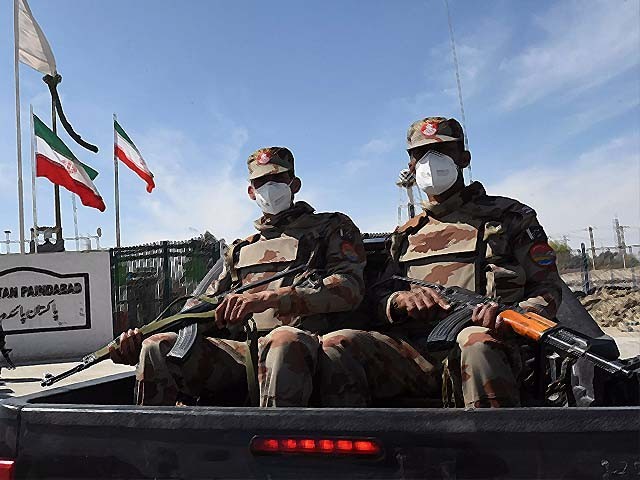 The COVID-19 pandemic seems to have taken the world by surprise despite reportedly an early warning by the US National Centre for Medical Intelligence (NCMI) in January 2020 to the American government. An inability to react to this appropriately is being labelled as a policy failure on part of Donlad Trump’s government. On the other hand, China, despite being the epicentre of this pandemic’s outbreak, is now getting back onto its feet. However, like most countries across the world, Pakistan was too late, unimaginative and sluggish when it came to undertaking timely preventive actions to ensure that the country remained comparatively safe from the unintended import of COVID-19.

The inadequacy of timely warning shots by intelligence services, a lack of medical testing and quarantine facilities, routine inefficient handling by entry points’ authorities, weak and delayed response by concerned government departments and ministries; all added up to cause a national crisis which has resulted in unprecedented chaos, mounting loss of precious lives, and unpredictable and consequently unbearable economic damage. It is opined that had our missions abroad and national intelligence agencies (despite not having a dedicated outfit like America’s NCMI) carefully observed and made a desired general estimate about the global pandemic outbreak in time, the government of Pakistan’s reaction and response could have been far better. Nevertheless, the lethargic bureaucracy may consider this to be Utopian thinking since our society and systems are already suffering from greater ‘viruses’ than COVID-19.

Our mission abroad in general and national intelligence agencies in particular, with their tentacles deployed across Pakistan and the world, should have, and still can, perform some of the following functions in the fight against coronavirus. Firstly, they could have provided policymakers with assessments about the virus’s spread and impact from their respective locations which could help people at home to build a timely threat mosaic and also could have enabled the government to put in place necessary safeguards and response options, including counter measures and awareness programmes. Secondly, the agencies could have gathered intelligence on necessary data and unrevealed information critical during such pandemics i.e. about foreign state secrets concerning the virus, including whether their official government infection rates, reported deaths, recovery, medications, vaccines, other treatment measures etc. are accurate. Some of this intelligence may come from spying through the age old trade-craft of recruiting human sources with access to relevant secret information. It will also undoubtedly come from technical intelligence, such as signals intelligence or imagery intelligence.

Thirdly, the national intelligence services need to play a significant role in responding to COVID-19 and any future pandemics by countering disinformation. Regrettably, such nefarious conspiracy theories are spun up both at home and abroad, and only give rise to a host of uncertainties causing even greater panic, which tantamount to adding fuel to the fire. While bigger powers like China and America are presently engaged in a humbug battle about which of them leads the world in defeating COVID-19 and, by implication, whether democratic or nondemocratic governments can better protect citizens; countries like Pakistan, with its own list of enemies within the country and in the neighbourhood, ought to identify and defeat the propaganda which is lowering public morale and undermining state efforts to win the war against the pandemic.

The fourth way that the national intelligence agencies can help counter pandemics is through surveillance. For example, China has deployed intrusive mass surveillance of its citizens to counter the virus, using digital IDs to monitor people’s movements and even offering rewards for giving information about sick neighbours. One of America’s closest allies, Israel, has deployed a nationwide digital surveillance programme using phone-tracking spyware technology, originally designed for counter terrorism, to map infections and notify people who could be infected. If Pakistan’s intelligence services too can prepare a digital dragnet during this war like scenario to locate infected people and potential infection areas, it would greatly help in overcoming the pandemic in a shorter amount of time and with relatively fewer economic resources. It is for the government of Pakistan to provide due legal cover to intelligence agencies for such an effort through required legislation.

The fifth and final way intelligence agencies can help policy makers and law enforcement agencies  during a pandemic is by identifying fake NGOs, and potential foreign and rented saboteurs out in the field who could make matters worse. The intelligence services should be regularly reporting on political point scorers, money guzzling politicians and bureaucrats in the system; thereby ensuring that the focus remains on providing due medical and financial support to the citizens and reputable NGOs. Since the war against COVID-19 is likely to be a long one, especially with regards to overcoming its social and economic fallout, a pandemic counter intelligence unit may be adopted as a permanent feature within our national intelligence effort and fill in the organisational and capacity gaps without any delay. The role of any proud and efficient national intelligence services should be to preempt and prevent, not postmortem reporting.

The author is a retired senior army officer and writes about international relations, diplomacy and geo-strategic issues.

The scenario for Afghanistan after the US-Taliban deal