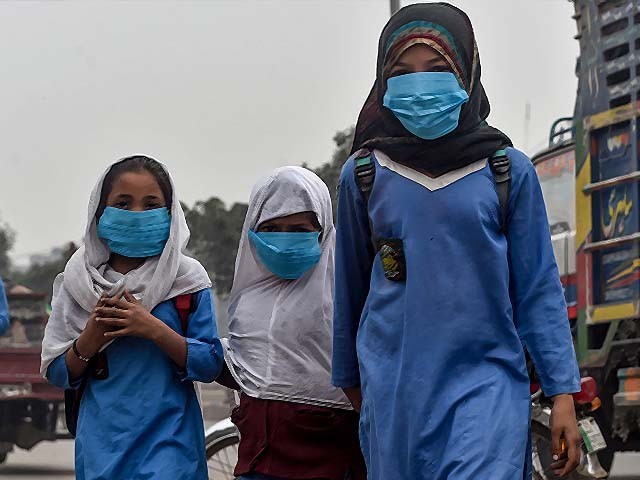 The COVID-19 outbreak in Pakistan has not only put the lives of the masses at risk but it has also damaged several businesses across the country due to the lockdown and global recession. Pakistan’s private schools are no exception. The lockdown has placed their very existence under question because the parents of some students are unable to pay the school fees, citing the lockdown and the economic crunch as the main problem. In Pakistan, there are more than 200,000 private schools and out of these “85% schools charge a fee below Rs2,000.” There are 1.5 million teachers employed by these private schools while hundreds of thousands of individuals are employed as school staff in non-teaching roles. Recently, the Punjab government announced that private schools should give a 20% fee concession to their students. However, the provincial government has not devised any strategy as to how the fees can be collected during this lockdown, hence depriving many teachers of their monthly salaries.

Since private schools are often labelled as profit-making machines, it is considered by many, including the current government, that these schools should not only cut their fees during this time but must also not fire any teachers or other staff members. But the reality is that other than a few well-established schools in the country, most of the private schools are depending on the fees in order to pay salaries, monthly rent, and utility bills. The government recently announced a relief package for the construction sector, giving it the status of an industry. An amnesty scheme has also been launched according to which if someone invests in the property and real estate sector then their source of income will not be questioned by the government; hence allowing those investors who have black money to cleanse their finances during the COVID-19 outbreak. However, no such relief package has been announced for the private schools in Pakistan which are shaping the very future of this country. Private schools, like any other business, pay their taxes and also contribute to the national exchequer. But it seems like looking after schools is not a priority for this government.

In order to further investigate this matter I talked to the President of the All Pakistan Private Schools Federation (APPSF), Kashif Mirza. According to Mirza, the Punjab government announced the 20% fees cut without discussing it with the APPSF. Mirza is of the view that while schools are ready to give a 20% fees cut, surely those parents who can still pay the full amount should be asked to do so. Mirza also questioned whether or not the Punjab or Federal government has asked landlords to reduce the monthly rental rates of school buildings, or whether the government will announce any relief package for private schools by giving concessions in utility bills and taxes? In light of this, APPSF will challenge the decision of fees reduction in the Lahore High Court and Islamabad High Court, Mirza said. According to him the order is against the ruling of the Supreme Court which clearly set the precedent that if the fees structure needs revision then this should be done after due consultation with all the stakeholders involved.

When asked if he tried to approach Chief Minister of Punjab Usman Buzdar or Prime Minister Imran Khan to help resolve this matter, Mirza said that despite having 117,810 private schools in Punjab it seems that Buzdar has no time to meet with the APPSF to address this issue. Mirza stated,

“The Provincial Minister of Punjab for School Education, Murad Raas, had a meeting with us. But instead of listening to our problems he threatened us of the dire consequences which would follow if private schools fail to listen to the government instructions or try to protest against the negligence of the provincial government with regards to this issue.”

According to Mirza, the government is trying to hide its failure and inability to devise a successful strategy against the pandemic. He believes that there is a deliberate attempt to create a rift between parents and private schools in an attempt to mask the government’s incompetence.

Therefore, as economic uncertainty looms over more than a million teachers, one wonders why the prime minister decided to launch the Corona Tiger Force on the backs of untrained youngsters. Instead, these 1.5 million school teachers could have easily been incorporated into this initiative, which could have not only resolved their salary issues but could have proven to be more effective in creating awareness among the masses and providing relief. After all, when teachers can be given duties during general elections then why can’t their services be used during this crisis?

This pandemic has already made it evident that our misplaced priories and inability to develop our healthcare sector has now put the lives of doctors and Pakistani citizens at risk. The education sector has also long been ignored by successive governments, which is why many teachers today are facing a severe predicament. The plight of these schools and their staff members must be heard and resolved by the government. If the state fails to do so then in the coming months not only will teachers become unemployed and a burden on the national exchequer, but millions of students will also face the risk of being deprived of receiving an education at an affordable rate.