America is fighting the COVID-19 battle without a general 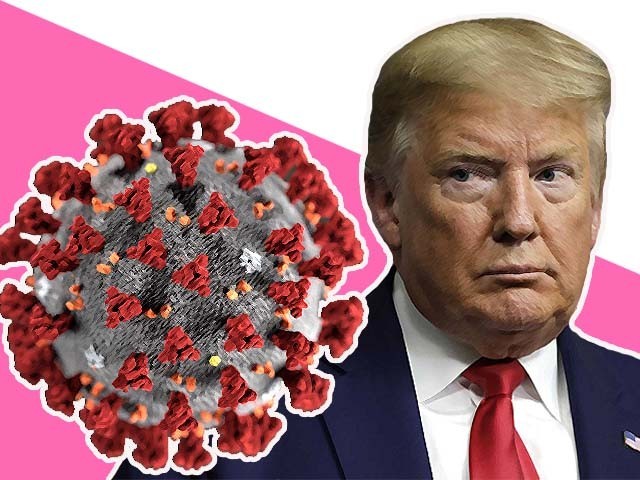 Donald Trump is a windbag, size XXL, whose air has started to leak now. If you haven’t experienced the self-congratulatory gusts that power his Orwellian disinformation machine generating untruths, false hopes and unprecedented blame-shifting, then how about this epitomic Trump response to a reporter asking how hospitals could prepare for COVID-19 patients:

“I like this stuff. I really get it. People are surprised that I understand it. Every one of these doctors said, ‘How do you know so much about this?’ Maybe I have a natural ability. Maybe I should have done that instead of running for president.”

The comment aptly reflects our 45th president’s relentless self-aggrandising personality that won’t allow him to take responsibility for anything negative or controversial. So why is the windbag leaking now?

Because in America today the cases of the virus are sprinting towards the 350,000 mark with more than 9,500 deaths, for now. Finally, irrefutable facts have made it difficult, though not impossible, for the president to continue to make silly comments from his powerful pulpit. Trump, who only recently declared that the pandemic was milder than the common flu, now has to admit, “It’s not the flu. It’s vicious.”

But his refusal for weeks to acknowledge this fact, coupled with his inability to understand the need for adequate federal preparation, left us ill-equipped to deal with this crisis quickly and effectively. It is the viciousness of the pandemic’s attack on the US economy that has pushed the president into moments of reality because it threatens the one claim he was counting on to fuel his reelection.

The recent historic fall in stocks and the record-breaking rise in unemployment numbers have demonstrated that Trump — who continually lauded himself as a great businessman and energiser of the economy — really has little or no influence when an “invisible enemy” strikes.

The best thing he can do is to stay out of the way and allow his medical experts to handle the Covid-19 response and let Congress and the appropriate federal agencies take care of the economic crisis. Most governors have risen to their responsibilities of leadership despite slow, often inept and confusing support from the White House. Still, Trump looks for others to blame for our predicament, even the medical professionals themselves whom he has accused of “hoarding” supplies and making unreasonable demands when they run out of personal protective equipment.

The country is fighting this battle on multiple fronts and has learned to do so for the most part without a general. For a man whose main interests appear to be self-promotion and maintaining an image of infallibility and necessity, it must be painful for him to encounter his own irrelevance.

But will he learn anything from this crisis?

Probably not, but who knows, perhaps he will learn that when it comes to viral outbreaks, it is unwise to make the kind of proclamation he issued on January 30th, when the World Health Organisation (WHO) declared the coronavirus, “a public health emergency of international concern.” Trump’s response:

“We think we have it very well under control. We have very little problem in this country at this moment—five. And those people are all recuperating successfully.”

Or this one he gave us in February:

“Looks like by April, you know, in theory, when it gets a little warmer, it miraculously goes away.”

Well, April is here and the country still stands at the edge of an abyss with a president still searching for a scapegoat.

When Trump unexpectedly won the Republican Party nomination for the 2016 presidential election I had asked myself, “Where is America going?” When he won against Hillary Clinton, my question was, “What will we do under this self-loving maniac if, God forbid, America faces a major crisis?”

I have my answer now, and fortunately for us, it doesn’t involve Trump. It is ordinary Americans who are doing extraordinary things with humbleness in their hearts and a prayer on their lips. Though alone, Americans are not apart. The Hope Dining Room in my city Newark, Delaware, is closed but the volunteers are collaborating online to find the ways and means to keep supplying lunches and dinners to the homeless and those who do not have access to food. School bus drivers are now delivering food to kids even though schools are closed.

Grocery stores are taking online orders and either dropping them outside the doors of the customers or keeping them ready for the customer pick-up in such a way that there is minimal interaction if any. Most importantly, healthcare workers, like those in other parts of the world, are risking their lives to do all they can to treat patients during these unprecedented circumstances.

My daughter is a sophomore at Bucknell University in Pennsylvania. When she had to evacuate as part of college closings across the country, she came home with a friend, an international student from Islamabad staying with us until travel is possible again. My most recent exit from home after many days was to get halal chicken and goat for her because the home deliveries we tried didn’t work out. I confess, however, that I am not doing it for nothing. She is helping me fulfill my longstanding aspiration of learning Urdu. She has turned out to be an excellent teacher adept at communicating with her 50-year old student. Like me, millions of Americans are finding ways to use their unexpected self-isolation to explore new and old interests in an effort to find a silver lining in this dark cloud.

This is a time when the world must come together to fight a common foe that knows no physical borders or class boundaries. But, unfortunately, Trump has predictably looked at the crisis through a lens of political self-perpetuation. He has once again revealed himself as a leader devoid of the skills and empathy needed to ease the pain and suffering of individuals and families in America and across the world.

The writer is an American and the founder and CEO of Tekstrom Inc., a leading software testing company. He is also the chairman of Delaware Sikh Awareness Coalition and an active organiser of peace, cultural and interfaith events.

A spectacle of egos: Dissecting the Trump-Modi modus operandi