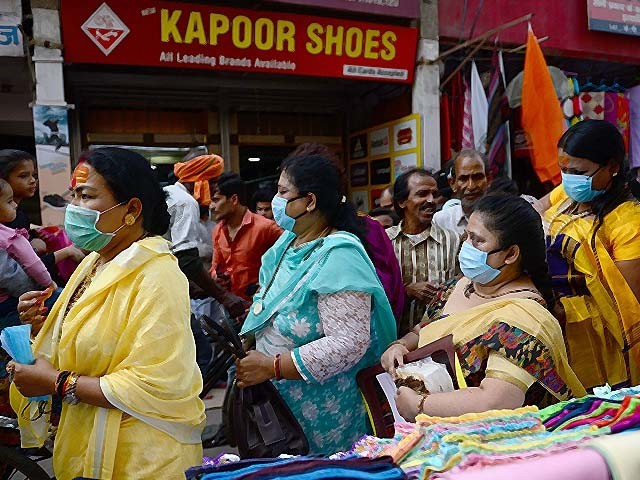 Members of the transgender community in India distribute free face masks amid concerns over the spread of COVID-19. PHOTO: GETTY

About a third of the world is experiencing a lockdown due to the ongoing pandemic. My current country of residence, the United States, is in extensive lockdown including my home state of New York, which also happens to be the hardest hit area in America. These are extraordinary circumstances, and it is only during such time that we start taking notice of many things which we may have taken for granted in the past. In fact, it wouldn’t be an exaggeration to say that the world is currently collectively reflecting upon and reassessing their lives.

For example, this crisis has made many realise that having a well-functioning healthcare system is more important than military might. It is also making us rethink our attitudes towards globalisation, and once this crisis is over the path towards international integration could witness several modifications. The role of the government, which in several countries had been reduced over the past three decades, is also being reassessed as many are realising that nations require a strong and powerful government to deal with such crises.

It has also highlighted the importance of many things we used to take for granted; simple things like enjoying dinner at a restaurant or going to the mall. Likewise, at an individual level we are appreciating the importance of certain professions. Obviously, the stature of healthcare workers has risen enormously since they are on the front-line saving lives, but even those professions which have traditionally been considered ‘low skill’ (e.g.  shopkeepers and delivery personnel) have assumed extraordinary importance.

Above all, social isolation is making us realise how important socialisation is in the human context. During these moments of forced social isolation perhaps we should give a thought to those who have always been deemed social outcasts. A few days ago, a friend of mine sent me a video of a Pakistani transgender rights activist, Julie Khan. In that short but extremely heartfelt video, she raised some extremely pertinent points. She said that for her community social isolation, and that too of far worse kind, has been always been a norm. According to her, the current government induced social isolation, while hard for many is nothing compared to what society has always forced onto her community. She said,

“You people are now exercising social isolation but without any discrimination. You just have to live alone. While living alone you, if you have thoughts like that you don’t have parents, home or any place in society, food to eat, job and education; if you live alone with all these thoughts, then tell me how does it feel. I pray that along with it there should come another crisis, so you all would have to think about that as well.”

The most touching part of the video was when she said that the transgender community faces more critical problems than coronavirus, such as a lack of acceptability (even from family members), poverty, unemployment, violence and sexual harassment,

“We are termed as a curse and a punishment from the God. Because of all these problems, we cannot give much importance to coronavirus.”

She also stated that for her community the lockdown is going to have an amplified impact due to the closure of markets, making it extremely difficult to earn a living.

I became teary eyed after watching the video. As I started to introspect, I came to the realisation that transgenders are perhaps the most ridiculed and socially outcast of all the groups in our society. The tragedy is that despite being outcast and humiliated, they still need to go out into society in order to earn their livelihood, and this social distancing is indeed going to hit them harder. Many affluent Pakistanis are currently talking about giving charity to help out the poor. While an overwhelming number of those belonging to Pakistan’s transgender community require monetary help, I fear that due to their extremely low social acceptability most of us will not even bother to think about them during these times.

It is often said that coronavirus is an equaliser as it does not care about one’s social standing and can affect anyone. While this may be true from a strictly medical point of view, its social ramifications are extremely asymmetrical. The poor will lose much more due to the halting of economic activities and within the poor, a socially outcast subgroup like the transgender community, will face great hardships.

As I stated earlier, this is the time for self-reflection. But we are primarily reflecting because we are missing several things we used to take for granted during our day to day lives. The problem with the transgender community is that they don’t even fall into that category since they never featured in our lives. For us they have always been objects of ridicule and loathing. Hence, our reflection inwards needs to be enhanced in scope and perhaps we need to become more empathetic. Every crisis presents us with an opportunity to rethink things and a crisis which is impacting all of humanity should make us think about all humans in the same way. Let’s help our transgender community during these trying times and, once this is over, let’s genuinely try to change our mindset towards them.