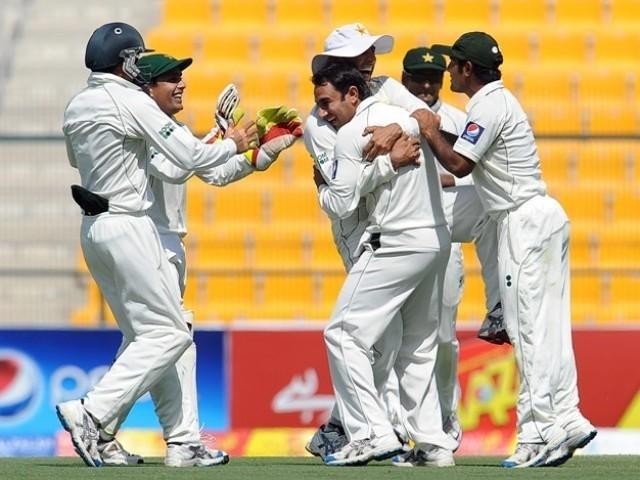 It wasn’t a very long time ago that words such as ‘stability’, ‘consistency’ and ‘Pakistan’ were never used in the same sentence. However, since the spot-fixing trial, it seems that the Pakistan players and the incumbents at the board have finally grown out of their primitive mind set and realised what needs to be done. The emphasis displayed on consistency in selection and backing of players has been crucial to Pakistan’s success in the one dayers and Test matches. And, of course, the fear of real jail time and extended bans seems to have worked in favour of Pakistan.

Pakistan now sits comfortably at the number five position on the ICC Test rankings. It’s hard to make much of the ICC team rankings, mainly because Pakistan played against some easy teams in the process of climbing the ladder. A free falling Sri Lankan team was the only legitimate challenge we faced and we successfully managed to hand them a comprehensive defeat. Yet, it would be unfair to not highlight the other remarkable performances Pakistan has put up. Misbah has finally moulded the team and it is now far more technical in its approach to the game than ever before. The stability factor, for which cricket pundits in Pakistan cried rivers for, is at last bearing its fruit.

In the process of pulling Pakistan cricket out of its perpetual state of chaos, captain Misbahul Haq has also managed to silence his critics. Misbah’s work-ethics and fitness have always been lauded by past coaches and it is exactly this attitude that has allowed him to set a bench mark for other players on the squad too. Our batsmen were not used to playing long innings and displaying Zen like temperaments; sitting with their legs stretched on the balcony was more their forte than duelling in the middle. But all this has changed now. Our batsmen are playing longer innings and are putting a genuine price on their wickets. They have successfully managed to put up a number of big scores in Test cricket during the past year and all this is happening because they are now concentrating on their fitness and most importantly, their game. In the past half the team used be neck deep in locker room politics, wondering whether they will be selected for the next tournament or not and it proved to be hard, even for the most talented players, to perform under such external pressures. But currently, the opener’s are in great form with Taufeeq scoring a brilliant double ton in a marathon 12 hour stint at the pitch in the always humid Abu Dhabi, while Hafeez, who is enjoying success with both the bat and the ball, opened the 21st consecutive match in Chittagong where they put on an opening stand of 164 runs to mark the blessed occasion. Their marriage in the middle has now lasted longer than that of Saeed Anwar and Amir Sohail.

The technical aspect and team spirit of the Pakistan Test squad has taken a dimension of its own. It leaves no holes for the selfish or the erratic to sneak through and disrupt the fine equilibrium of the team. As Umar Akmal scrambles to regain the old magic that made him an automatic selection, he too, has been humbled by the system that he finds himself out of.

Needless to say, Pakistan’s armoury boasts the best bowling attack in the world despite missing two brilliant bowlers. Gul is at the peak of his bowling career, backed by the steady work horse Aizaz Cheema and the rising Junaid Khan. The spin department is just as proud of the ever improving Abdur Rehman and the budding Saeed Ajmal who is  currently the world number one bowler in  ICC one-day bowlers rankings. Words of praise don’t do justice to Ajmal’s spirit; with his craft and attitude towards the game, he really is one in a million and is definitely not smug about it. Pakistan’s endless reserve of fast bowlers is pushing the bar higher every year. Imran Khan, a 24-year-old prospect from Peshawar has been the pick of the bowlers in this year’s Q&A tournament, picking up 58 wickets in 10 matches.The competition is stiff at the top with Ali Imran and Sadaf Hussain all running neck to neck.

Pakistan is soaring to new heights as they look forward to hosting England in UAE. England will be wary of their opponents. The last time Pakistan played a Test series against England, away from Britain ,was in 2006. England thought they had it easy after defeating the Australians in what is probably the greatest Test series ever played, but they were dealt with a harsh blow by an Inzamam side that sent them packing with a 2-0 defeat to show for. Will another ‘ul Haq’ re-write history and bring the mighty English back to earth after their summer of joy? The real test of Pakistan’s progress is set to begin next month in what looks like a grueling contest between the two sides.