Should Pakistan release its prisoners during the coronavirus pandemic? 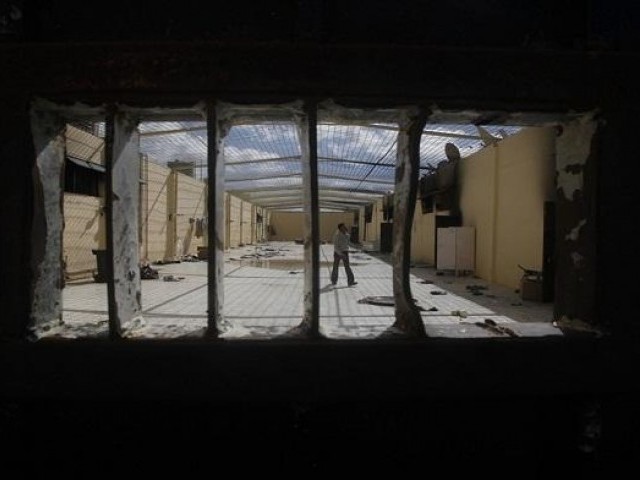 View from inside a Pakistani jail cell. PHOTO REUTERS

Every person is presumed to be innocent until proven guilty beyond any shadow of doubt however, the fate of 48,008 prisoners who are under trial but still languishing in Pakistan’s jails, hangs in the balance. Not only were they already vulnerable because prosecutions, many a times, fail to prove charges, long after a sentence has been served, or worse, the accused has died in jail. But now with the pandemic, they are also more susceptible to the coronavirus outbreak, as many jails are filled to more than capacity.

In times of enforced social isolation and distancing, prisons in Pakistan are overcrowded, with stats showing that 114 jails are accommodating 77,275 inmates. The lawful capacity of these prisons is 57,742. These inmates include juvenile prisoners, women, senior citizens, and even those who already have health problems.

Recently, Rimmel Mohydin, a South Asia campaigner from Amnesty International, called for the reduction of the prison population and said,

“Prisons in Pakistan face massive overcrowding, overruling the possibility of social distancing, with the potential for a large outbreak. Hygiene supplies remain limited as does healthcare. Pre-trial detainees are taken to courts, where they may be exposed to the virus. Pakistani authorities should seriously consider reducing the prison population.”

This is not a problem that Pakistan is facing alone and the United Nations has appealed to all countries with high prison populations to consider letting go off low-risk offenders, political prisoners and those held for dissent. The statement also urges countries to focus on the release of those who are especially vulnerable to the coronavirus, either because of age or health.

Some countries, including Iran, United States and India,  have already been forced to release under trial prisoners and those convicted for minor offenses, with short sentences of jail time due to the outbreak in their prisons. Meanwhile, other countries like Libya have released prisoners to avoid outbreaks.

People who are deprived of liberty through due process of law do not cease to be human and other rights and protection to the exclusion of liberty remain intact. Especially since it is a right protected by Article 15 of Pakistan’s constitution and Article 9 from the International Covenant on Civil and Political Rights (ICCPR). In the case of Muhammad Sabtain Khan vs National Accountability Bureau (PLD 2020 Lahore 191), the Lahore High Court held that,

“With guarantees provided under Article 3,4,9,10-A of the Constitution, it will be quite contrary to the concept of personal liberty that a person should be punished without conviction.”

While even the United Nations Body of Principles for the Protection of All Persons under Any Form of Detention or Imprisonment says that a person is “entitled to trial within a reasonable time or to release pending trial.” Despite all these international and local laws, the most important right that comes to play in this unfortunate situation is the right to life and security, as also guaranteed by our constitution and by the Universal Declaration of Human Rights. Not being able to comply with the United Nations proposed standards and the lack of health security during the current pandemic calls for the suspension of convictions for those on minimum sentences and bails to those who are under trail.

Unfortunately, already those who require immediate medical attention are denied bail and exceptions are only made for the likes of Nawaz Sharif, who was granted bail to protect his life. If only apply this judgement on the grounds of Article 25 of the Constitution and on the principle of stare decisis, we will set free 5,166 prisoners with health issues throughout Pakistan.

Considering the already poor conditions of Pakistani prisons, the decision of jails across the globe to release minor offenders, the rapid spread of the coronavirus and the lack of guarantee of health and life are all reasons enough for bail to be granted, especially to those that are still under trail and are especially vulnerable to a disease that is as infectious as it can be dangerous.

The author is a lawyer and a human rights activist based in Peshawar. He tweets @NoumanMuhib (twitter.com/NoumanMuhib)

How Khyber Pakhtunkhwa is coping with COVID-19

Hooz Noor: Another reminder that we continue to fail our children