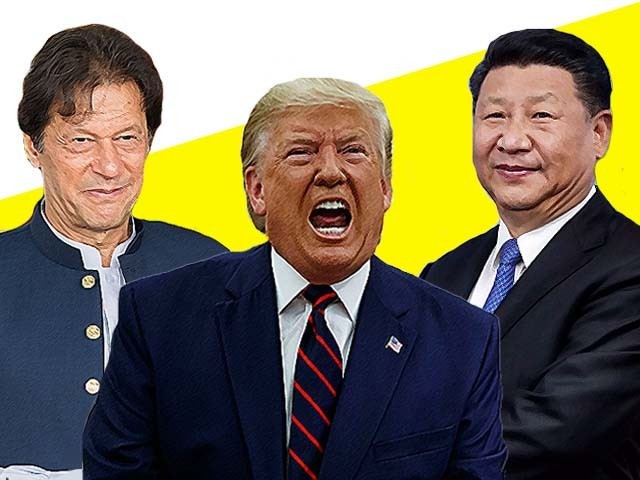 “If we had an outbreak somewhere in the United States, do we not then quarantine that part of the country, and how do you then enforce a quarantine? … One option is the use of a military that’s able to plan and move.”

The above-mentioned quote, although relevant and relatable in its content, is, in fact, a dated address, given by President George Bush 15 years ago. Since the Avian Flu of the 2000s, thematic concerns within the politics of outbreaks have not evolved a lot. Thus, equating a national health emergency to a state of war is not a semantic novelty but a key political motif of an epidemic. Accordingly, expanding functions of the state and military, successive to a viral outbreak, become relevant and consequential question marks.

This possibly explains the unsurprising flux of scholarship on emerging pro-authoritarianism sensibilities, in the wake of China’s triumph against COVID-19 – an incident of astonishing contrast to the ever-increasing catastrophes in European democracies and the North American continent alike.

Although China’s containment of the virus is labelled as draconian and domineering, it has been the most successful one. Seconding Professor Yanzhong Huang, this triumph is to the credit of China’s despotic infrastructure of communal policing, which was effectively mobilised to combat the virus. Huang argues that the principle of divided powers in a democracy makes China’s model non-replicable for Europe and America. Certainly, political deliberations and negotiations over what accounts for public interest are not only a key democratic feature but also a vivid red tape, a procedural hurdle in implementing a consistent, immediate and radically effective policy during outbreaks.

Already, the rise of China to number two on the scaffold of leading economies is seen as a case of an ideological victory for authoritarian forms of governance. What adds insult to a puritanical liberal’s injury, is how the non-democratic substructure of China arguably became the country’s major asset in resisting the coronavirus. In fact, what distinguishes COVID-19 from the modern pedigree of viral outbreaks is a budding support for authoritarian state powers for fighting the virus – a marked departure from the cult of democratic worship and fear of rights-based infringement during national emergencies.

The historically ‘infallible’ pro-democracy normative front has taken a huge hit and what also accounts for its sense of foreboding is the securitisation of the coronavirus.  To this end, the embeddedness of political opportunism in a crisis-based social climate is hardly disputable, albeit cynically addressed. In fact, long before its outbreak in the US, securitisation of the avian flu became a political vernacular:

“If you define national security as something that could kill millions of Americans and completely disrupt the way we live our lives, then avian flu is as big a threat as a nuclear strike on a city.” – Anne-Marie Slaughter, leading political analyst, 2006.

In a political climate where the virus is treated as a security concern, national borders are closed-off, and the socio-economic workings of everyday life are observed as they are during a state of war-based emergency, paranoia of an authoritarian state or a military coup firmly takes root. The paranoid classical liberal fears a megalomaniac state – will the state use the current state of national emergency to expand its desirably minimalist role? Will the legislature and judiciary lose their democratic powers to the executive leadership? For how long and to what extent will citizens lose their civic rights and liberties?

Besides the human respiratory system, the coronavirus also maintains a parasitic relationship with democratic systems. Experts have promptly begun to notice an authoritarian turn in the most exemplary democracies. From economist Daron Acemoglu likening the Trump Administration to a “Paper Leviathan”, to the Washington Post calling out the Hungarian Prime Minister for using COVID-19 in “making an authoritarian power grab”, all leading news media outlets have been consistently reporting on the decay of democracy by the virus. Perhaps the most vivid display of leveraging emergency powers has been in Israel with Prime Minister Benjamin Netanyahu’s suspension of the courts as well as the legislature. With key democratic institutions under threat, it is fitting for the European Observer to probe the crucial question of the hour – “How much will coronavirus hurt European democracy?”

CNN critically recounted the use of extensive “authoritarian (facial recognition) technology” for monitoring the quarantine in Russia. Sindh Police in Pakistan is also monitoring citizen movement through a new cellphone application. Is it not fitting for Prime Minister Imran Khan to be vary of the radicality of Sindh’s lockdown? Given the country’s historical record of descending into authoritarianism during emergencies, Khan’s perturbation over the question of an absolute curfew does make sense.

For long, International Relations, as a discipline and practice, has touted the state-transnationalism binary. The transnational world system, buttressed by regional and supranational institutions such as the United Nations, has been a counterweight to the state’s proverbial monopoly of violence in its territory. With COVID-19 shutting borders and businesses, the state has once again become the only relevant authority and coronavirus, a global pandemic, is now a distinctly local affair. Most concerns and discussions at present are about the interplay of domestic policy and institutions. With countries under lockdowns, their populace has no option but to turn to their Hobbesian state. The new social contract coupled with the securitisation of COVID-19, which lends legitimacy to unchecked emergency powers, is a classical liberal’s nightmare.

What then is the verdict? The inevitably long state of national emergency, while creating a war-like political climate, may account for deep fissures in Western democracies. Meanwhile, the case of Chinese containment only makes it more difficult for liberal paraphernalia to hail democracy as the beau idéal. Once again, the liberal-democratic world order is under threat and if Vox’s senior correspondent Zack Beauchamp is to be trusted then,

“China wants you to believe its political system stopped coronavirus.”

Covid-19 infects neoliberalism: Is the state making a comeback? – Part I