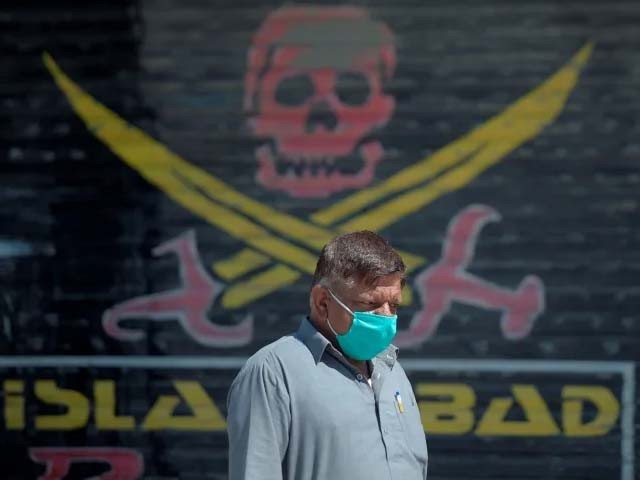 One of the fundamental things to understand about COVID-19 is that nobody in the world has a crystal ball that can accurately explain and predict the impact of the virus. Governments, weak and strong, have been left scratching their heads as their healthcare systems buckle under the pressure. As the total number of global cases approaches the one million mark, the machinery that regulates global economies has halted.

For Pakistan, difficult decisions were made to lock down certain parts of the country, with a focus on ensuring the mitigation of impact for particularly vulnerable groups, including daily wage workers.  The question slowly shifted from “what if” to “what now?” To even a casual observer, it is unclear if the lockdown will end after the stipulated dates provided by various provincial governments. Each day after another follows a clear “we’ll cross the bridge when we get to it” ethos.

Acknowledging Pakistanis’ finite attention span towards a series of players in the media industry that are tasked with generating a finite amount of content highlights the immense amount of journalistic responsibility. Just a few days ago, while purchasing some medicine, a man walked into the pharmacy and asked for chloroquine, mentioning how television channels were referring it to as a remedy for the virus. The pharmacist, of a reasonably large pharmacy, let him know that the otherwise readily available drug was out of stock as people had panic purchased large stocks of it. Two days later, American health and safety watchdogs warned against the usage of chloroquine, despite President Donald Trump tweeting about it as a magical fix-all drug.

So, in the middle of this entire fiasco, Prime Minister Imran Khan decides to invite senior journalists for a transparent session about steps the government is taking to combat the spread of COVID-19. Senior journalists, who likely have had relationships with multiple federal governments by this time, decided to ask complex economic questions and about the arrest of Mir Shakil. Much like a classroom, they forced the role of the office of the prime minister to become that of a primary school teacher; the questions, at best, could only be described as sarcastic, condescending, and thinly veiled insults. It was impressive to watch the prime minister remain calm during this all-out assault against his cabinet, the conversation leading to a direct question,

To the journalism fraternity, their concerns and, perhaps even the delivery, may have been considered necessary. Nobody’s feelings were (hopefully) hurt on television, yet it damages the nation and fails to inform the masses who are all looking on for facts, figures, precautionary measures, and what the government is doing to ensure their safety. During routine issues any country faces, it is natural that every national stakeholder shall strive to maximise their political, social, and commercial capital. This pandemic, especially for a struggling developing country, should not be an opportunity for partisan, divisive, or needlessly sensational rhetoric.

Pakistan has had its fair share of journalistic failures, a good example being a reporter telling Qamar Zaman Kaira about the untimely demise of his son during a live press conference. Rather than learning from these things, major television networks continue to invite artists to dispense medical advice, religious clerics to encourage religious congregations (something that has been discouraged in spirit by the government), and criminally dangerous analyses around the vast field of epidemiology.

COVID-19, like any other virus, is faceless and without a targeted agenda, despite what many tinfoil conspiracy theorists would like to believe. No country is fully prepared to deal with this pandemic, often relying on poorly extrapolated statistics based on raw data, which is not fully representative of the situation. For Pakistan, no light can be seen from the end of the tunnel just yet, but with every misstep that the media takes, the nation moves further away from that light.

The prime minister, despite the failings of his government, has tried to console his people with messages. Botched media jobs dilute the aforementioned messages and foment panic, which is why the media must play a role the nation needs, not one it arguably deserves.