Who will save democracy now? 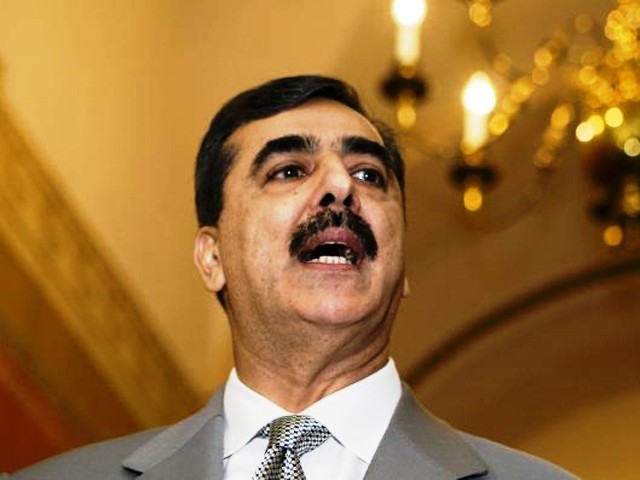 All guns are pointing towards the president and prime minister and nobody dares to question the army.

With time, I started reading publications from different parts of the world. This made me rethink my perceptions regarding democracy.

When the elected government of the Peoples’ Party returned to power in 2008, I was as happy as any other believer of democracy. Moreover, I was even happier when Musharraf resigned from presidency. But my sentiments changed again, and the reason for that is our current President Asif Ali Zardari. Since he entered the President House in Islamabad, a section of the media was enraged. This section had remained calm through the nine years of Musharraf’s dictatorial regime. Night after night, I saw the faces of Shaheen Sehbai, Ansar Abbasi and Kamran Khan on TV. Every night, I dreamt of how bad things were in Pakistan.

I despised the government when it reluctantly restored Chief Justice Iftikhar Chauhry; I hated it when the Hajj scam was exposed; I hated it every time I came across reports on the sorry state of railways and PIA. Add to this rising fuel prices and increased inflation without any justification.

But then, I remembered that it is the same government which ordered the release of the deposed judges immediately after assuming power, the very same president who gave power back to the prime minister. It is the very same government which formed the constitutional committee and devolved many a ministry; which helped the army in regaining its reputation through a consensus on the Swat Operation. This government didn’t ban any TV anchors, and it facilitated dialogue with India.

The Urdu media was the frontrunner in the campaign to criticise the government. But did they question the army over the Osama bin Laden raid? Did anyone ask those sitting in the GHQ how Osama managed to live in our country for five years? Nobody asked them how terrorists managed to enter the premises of a naval base. Nobody asked them why there was complete silence when US drones flying from Shamsi air base kept killing innocent Pakistanis almost every day. Nobody asked them who supports people like Hafiz M Saeed, Dr Usman, and Ajmal Kasab. Nobody asked them if some retired armed forces’ officials joined militant organisations.

As a grown man, I’m witnessing the first ever fall of a democratically elected government. I can see and feel how the top army officials are pressuring a democratically elected president to resign, despite General Kayani ruling out a military takeover. I can see that nobody still dares to question the army. All guns are targeting either the parliament or the presidency.

I see politicians who are glad that this incident will give them a break. I can see that no one supported the brave lady Bushara Gohar when she demanded the resignation of DG ISI General Shuja Pasha. I can see how the army is being openly supported by some journalists. And worst of all, I can see how the youth of the country is supporting anti-democratic forces.

I never admired Prime Minister Gilani until yesterday, when he spoke his heart. He asked the people of Pakistan whether they want democracy or dictatorship, and I would like to tell Gilani sahib that he should not expect anything from the nation because the majority means the middle class. Yes, the same middle class which has grown up reading Urdu dailies.

Who will save democracy now?

A journalist by profession who has worked in Jang Group, Aaj TV, and ARY. He is currently working as the project coordinator at Transparency International in Pakistan. Asif tweets @AasifShakeel