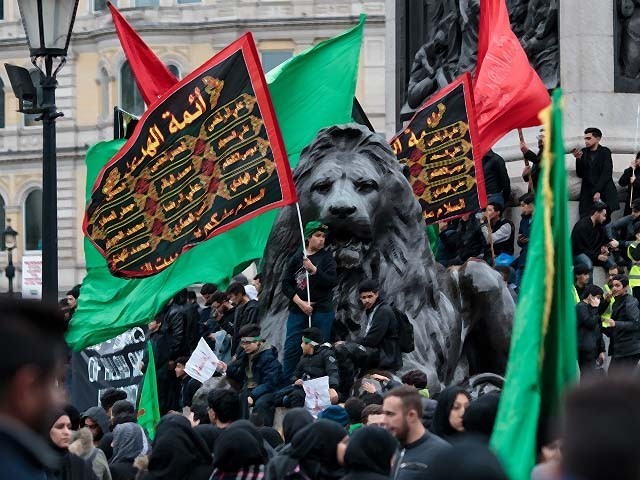 This article is the first in a two part series which explores the history, current status and future of Muslims in Europe. Read Part II here.

Is Muslim integration in secular European societies possible? This question is of importance as Islam is growing and thriving in European cities and towns, mainly through migration but also through higher birth rates among European Muslims. However, Islamist terror attacks in recent years have increased concerns about Islam and the future of European Muslims among the European populace. Growing frictions between the already present European Muslim minority and the host community is evident from the rise of the spectre of the right-wing threat.

It is important to emphasise that Islam has had centuries of presence in Southern (Iberia, Sicily, Malta) and Eastern Europe (Poland, Lithuania, Ukraine, Balkans and Russia). Later that presence declined due to the Reconquista and the fall of the Arab and Ottoman Empires. A detractor of Islam can say that this presence was mostly made possible via conquests and was colonial in nature, and that is why Islam never truly belonged in Europe. But, the same can be said of Christianity in the Americas, Africa and Australasia, which was entirely colonial and genocidal in nature. So, this argument about Islam’s ‘otherness’ does not hold much ground. In previous decades Islam gained a resurgence through the post World War-II working class labour migration. In the last two decades educated Muslim migrants have started to pour in, which has led to the creation of a Muslim middle classes. In the Balkan region there exist three Muslim majority countries, Bosnia, Albania and Kosovo, which can be collectively referred to as Muslim Europe. Currently, around 25 million Muslims live in 28 member states of the European Union (EU). As of 2020, the Muslim population currently stands at around 6% of the continent’s total population. With growing Muslim migration from Africa, the Middle East, and South Asia it will reach around 11% by year 2050 and could be around 15% by the year 2100, according to medium fertility and migration level scenarios. According to the Pew Research Centre, by the year 2070 Islam will be the largest religion in the world. With these developments in mind, one can ask this very pertinent question: How will Europe integrate and assimilate Islam and Muslims in the coming decades?

Immigration – Europe and the Americas

It will be absurd to suggest that Muslims are not capable of integration in secular societies. A lot of them have already done so and have made Western countries their home. However, one could argue that North America and Australasian Muslims are economically more successful and well-integrated in their societies compared to their European counterparts. That can partly be attributed to the fact that unlike Europe (and the rest of the Old World) the Americas and Australasia are regions of mass migration. Their original or native inhabitants were exterminated by the Europeans. Due to the lack of validity of nativist claims in these regions, and the prevalence of the English language which most Muslim migrants already speak fluently, it was relatively easier for the arriving Muslims to integrate into these cultures. The hyphenated American identities, like Irish-American, Pakistani-Canadian, Arab-American etc., are a source of immense pride for every migrant group.

Migration to Europe, on the other hand, is a different game altogether. It has thousands of years of recorded history and had cultural homogeneity till only a few decades ago. European societies, like the societies of the Old World, are majority societies with a parent culture, and are not like the migrant societies of America. Moreover, in Europe mixed or hyphenated identities are still a source of suspicion. Islam had no presence in Europe from the advent of European history. In comparison, Muslim presence in the US was there right from the start. The US is more accepting of migrants, though it has lots of social problems and a very weak welfare state. Europe has world class social welfare states but has very narrow definitions of what constitutes as European due to the ‘blood and soil’ claim of the native population.

Why should Europe allow migration?

Europe and North America contain booming economies, both have enormous cultural clout, unlike China which will be the world’s biggest economy but has far less cultural outreach. These factors make these continents a magnet for migrants from the rest of the world. They sell their products and services to people in every part of the world, and extract resources from their regions. That is why both have to allow ideas and people from those regions to arrive at their shores. One-way flow of culture, ideas, people and economics is nothing short of colonialism and has to be avoided. Here one has to distinguish between the concepts of mass migration and intermittent migration of small groups and people. Unlike the Americas, mass migration in European host cultures can create a lot of tensions. This is not desirable by any means. Anti-Muslim and anti-migration Europeans would do well if they read their own history without rose tinted glasses. Hundreds of millions of Europeans left for the other regions of the world in the last five centuries, 55 million only from the 1840s to the 1940s. Many times their arrival meant a near extermination of the native population of the Americas, or outright colonisation and exploitation, which lead to the genocide and destruction of local economies in Africa and Asia. There was a time when Europeans migrated in droves and without any legal restrictions.

Are Europeans tolerant of migrants?

They are tolerant now, for the most part, and there are a lot of human rights enshrined in European constitutions; but this tolerance is fairly recent. The nonwhite and non-Christian migration was almost nonexistent for centuries. Every kind of minority was at risk of persecution until two or three generations ago. That changed in the post World War-II era, and at the start of 21st century most European governments recognised that migration is a fact of life in the continent. Yet some problems continue to persist. Attempts to limit Muslim life by stigmatising the head scarf, halal slaughter, and Muslim public holidays happen from time to time. Anyone who gets out of line from mainstream opinions is demonised by the mainstream press. There is still a glaring lack of ethnic diversity in the upper strata of European societies. Many highly qualified migrants and people of colour in Western Europe are relegated to somewhere in the middle of the social hierarchy. Any crime or act of terror committed by a white or person of European descent gets far less coverage in the European press than a crime committed by person of colour. There were thousands of attacks on refugees in the last few years, but that only got a passing mention in the local press. This only helps perpetuate the myth of the ‘civilised European’ and the ‘barbaric non-European’.

This question, and the adjacent one about the supposed violent nature of Islam, has been raised again and again by Western media. In the last few decades much of the Muslim world has been infiltrated by radical Islamist insurgencies. The ensuing violence led many people around the world to become fearful of Islam and Muslims. Prevalence of Western mass media and a bias against Muslims ensured that every single atrocity carried out by Islamist terrorists got more coverage. The two most radical Islamic schools of thinking are the Wahabi-Salafi sect of Saudi Arabia and the Muslim Brotherhood of Egypt. Both have offshoots all over the world, including Europe. Many times, violent Islamists of different stripes are affiliated to one of these two doctrines. As a result, violence in the name of Islam has increased over the years. However, this increase has many non-theological and political reasons too, including constant Western intervention and war crimes in Middle East, the very mention of which is conspicuously absent from Western discourse. What common European narratives about Islamist extremism excludes is the responsibility of Western powers in creating such religious fundamentalism by their support of the mujahideen against the Soviets, invasion of Iraq and Afghanistan, ongoing support of jihadi elements in Syria and Iraq, and support for the brutal Saudi regime. Many detractors of Islam have concocted ahistorical nonsense, just to portray all Muslims as being engaged in a murderous jihad against the West. However, many of these conspiracy theories are dying down now. There was an initial failure on the part of Muslim societies towards condemning and countering radical Islam, but now there have been counter measures against it, which has caused the decline of Islamist terror in many parts of the world, including Pakistan.

There are different varieties of European Muslims out there with varying degrees of religiosity. Native Muslims of the Balkan region are mostly a mix of moderately religious and secular Muslims. European converts to Islam tend to be more religious. There are Muslim groups, like Alevi and Alawite Muslims, who are believers, yet they have a secular lifestyle and heterodox interpretations of Islam. There are people who are cultural Muslims and are atheists, agnostics or irreligious. Then there are new Muslim migrants who are well-educated, open-minded, and religious. The most problematic group is the ultra-religious class of native and migrant Muslims. They profess Saudi, South Asian, Afghan and Muslim Brotherhood versions of religio-cultural forms of Islam. There was, till now, little to no policies from European states to integrate this conservative group. They were expected to assimilate in the wider society with time, but that never happened. It is this group which is prone to asocial behavior and wearing religion on its sleeves. One way to integrate all of these different kinds of Muslims is to secularise them via state indoctrination. Cultural Christianity, atheism and agnosticism are the unofficial doctrines of Europe, and European societies want some conformity to these principles from their Muslim migrants. It is unlikely that all will accept it, although some might. The other solution is to create more contemporary forms of Islam.