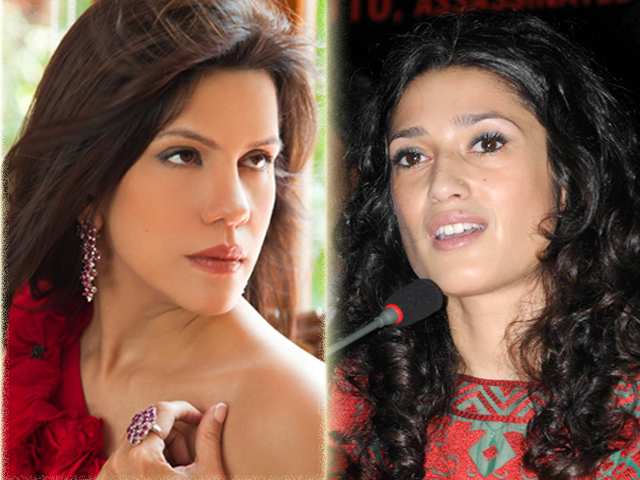 For those who missed it, Sara Taseer Shoaib (daughter of Governor Punjab, Salman Taseer) let loose a string of Twitter updates slamming Fatima Bhutto for her ‘lack of loyalty’ to Pakistan following the young Bhutto’s appearance on BBC World (and a recent article slamming the current government and President Zardari in particular).

@fbhutto do you have any loyalty to Pakistan. Is there any forum on which you have not ripped Pakistan to shreds.

@tazeen She @fbhutto is so venomously eloquent. A wolf in sheeps clothing.

As a Pakistani living abroad, i’m always struggling to promote it and then a @fbhutto type traitor shows up.

While I do not like the way Sara Taseer has worded her opinion, I must add: ever since Songs of Blood and Sword came out, Fatima Bhutto just doesn’t cut it for me anymore. As a self-proclaimed journalist, I trust her even less, as her one-point agenda starts to grate on the mind. Take her tweets from this same day:

Protests as Zardari rolls into London -great placards. Have you seen them?

Wow. Just when you thought the guy couldn’t get any worse he takes a French Air Force helicopter to go to his chateau as floods rage.

http://www.thenews.com.pk/top_story_detail.asp?Id=30479 Zardari and his chateau

Really, Fatima? You know its a bad day when you have to cite The News as a source to prove your point (especially when you don’t have one). You telling me you didn’t go to Harrods this week?