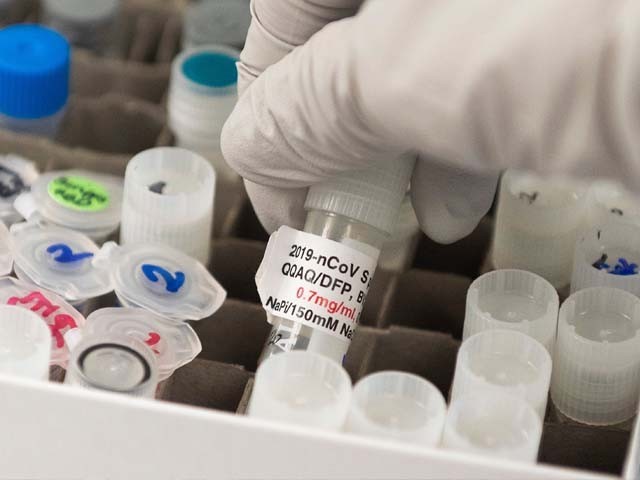 Usually competition among businesses benefits the consumers, but there are some that actually harm them. For example, there existed a severe competition and rivalry among the various American intelligence agencies before 9/11. The chief rivals were the CIA and the FBI. Both jealously guarded their secret intelligence that they refused to share with the other. Two of the 9/11 terrorists had arrived in Los Angeles in January 2000. The CIA knew of their presence in the country and also knew of their plans to do something nefarious. But it did not share those details with the FBI. We saw the catastrophic result of that competition and jealousy not just for the United States but for the entire world.

Today, there is another competition on a global scale, chiefly between the two leading superpowers: the United States and China. The competition is over who would be the first one to come up with a vaccine for the novel coronavirus (Covid-19). Scientists are busy working tirelessly to come up with a vaccine. It is a race against time since people are dying all across the world every hour. Yet, the effort has been injected with nationalistic fervour.

In 2017, there was a Chinese hit film called Wolf Warrior II, in which a heroic military scientist called Dr Chen developed a vaccine for a deadly disease called Lamanla, which was spreading across Africa. The epic was not lost on the Chinese people when the coronavirus hit the nation. So Dr Chen is back in the game. However, this time she is not as a fictional character but as a real one. Dr Chen Wei is a major general in the People’s Liberation Army.

She is a virologist who leads the Institute of Bioengineering at the Academy of Military Medical Sciences. She is at the centre of the effort to develop a vaccine for the coronavirus. One thousand scientists are working on this vaccine and the issue is seen as a national security concern. Researchers affiliated with the Academy of Military Medical Sciences are working towards this goal in China.

On the other hand, President Donald Trump has been talking to executives in private meetings about ensuring that the vaccine is developed on American soil. The aim is to make sure that the United States controls its supply. Some German government officials believe that Trump tried to lure a German pharmaceutical company called CureVac to do the research and production of the possible vaccine in the United States. The aim is to control the supply and hence the monopoly over profits.

When small timers on platforms such as Amazon and eBay do price gouging of products such as hand sanitisers or masks, it is seen as a crime and efforts are made to bring them to justice. No doubt such activities are wrong. Taking profit advantage of something that is needed at a time of global crisis is immoral. However, the same profit seeking in times of crisis on a massive or national scale is not seen as being immoral.

I can’t help but think of the allegory called Pirates and Emperors, which goes something like this. Once upon a time, the emperor’s army captured a pirate who was looting from the boats in a certain part of the sea. The emperor asked the pirate, “How dare you molest the sea?” The pirate said, “How dare you molest the whole world? Because I do it with a small boat I am called a pirate, while you do it with your large ships, you are called an emperor.” The two indeed were no different from each other, except in scale. The emperor and the pirate did the same stealing and looting but the pirate was a smaller criminal. The bigger criminal, the emperor, had the right to define himself as the emperor and impose that identity over others. He had that luxury and power. The pirate did not.

During this pandemic, such a rivalry spurs the jealous guarding of the research being conducted to develop the vaccine. The lack of cooperation among the countries developing the vaccine is truly alarming and will only slow down the pace of developing this vaccine. More attention is being paid to profits and power than to the needs of the people. The other sad reality is that once a vaccine that is potent against the disease is developed, it will go in short supply because any country developing it would want to ensure their own people are treated first.

This is no time for competition and rivalry. This is a global crisis. There is no shame in usual rivals coming together to fight this global pandemic because the virus is coming for all of us. The virus doesn’t discriminate based on nationality, culture, or any other factor. It has not spared Hollywood, sports personalities, or influential politicians. The effort should not be over who makes it first or who gets it first, but should be centred around how soon we can make it available for all the people across the globe. Because remember, even if this is about profits, the deserted streets, malls, offices, restaurants, airports, etc. impacts every economy and every business. Cooperation and and dialogue between nations is the need of the hour if we truly wish to develop a coronavirus vaccine soon.