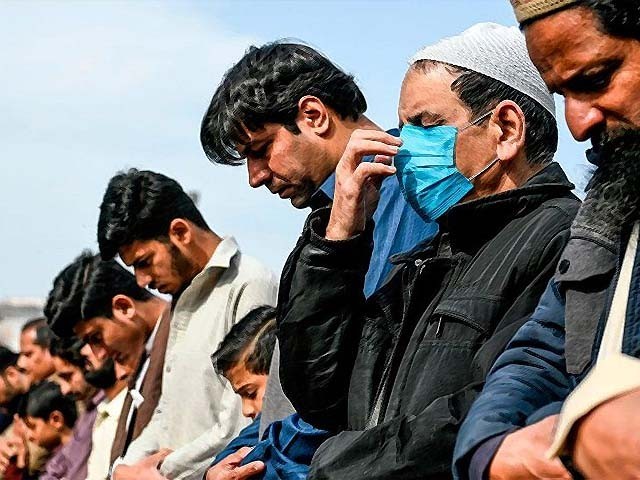 Many years ago, I read Christina Lamb’s famous but controversial book titled Waiting for Allah: Pakistan’s Struggle for Democracy. Although her book, touched upon various facets of the Pakistani society, it focused on the role of religion. She made two key arguments. First that Pakistan was trapped by the need to adhere to a “true” version of Islam, which impeded its progress.

She wrote, “The more the country strives for what its religious scholars see as true Islam, the less equipped it becomes for running a twentieth-century state, and the more it is forced to watch once-lagging competitors such as South Korea, Thailand and Malaysia steam ahead.”

Her second core argument was that instead of taking charge of the situation and taking the necessary steps at the time they are needed, Pakistani rulers and institutions, have the tendency to leave it to God and miracles. In fact the book ends with the sentence, “Pakistan is still waiting for Allah”.

The book was written back in 1991 but I think the two arguments mentioned above are still extremely relevant. Right now Pakistan, just like the rest of the world, is grappling with the rampant spread of the coronavirus. As a country, it needs to take some very tough but time sensitive decisions about a nationwide lockdown that may have lasting economical impacts. But if Italy is seen as an example, the consequences of delaying a lockdown are far more horrific.

But Pakistan’s government seems to be waiting for some miracle as they hesitate to do the necessary. Prime Minister Imran Khan ruled out a nationwide lockdown during his speech, citing economic reasons and expressed hope that the Pakistan’s weather will combat the spread of the coronavirus. Instead of being proactive, he has so far told people to practice care for the next month and a half while hoping that a theory about the weather, with no conclusive evidence to falsify, will save the country from this pandemic. Right now it seems like we are relying on prayers and hope is the official strategy. Finally, due to pressure from all sides, including the powerful establishment, the government has finally announced a lock down in Punjab though it remains to be seen how effectively it will implement it.

The government’s lacklustre response is compounded by our society’s attitude towards religious rituals. For example, right now, it is of paramount importance that public gatherings, including those of religious nature, are avoided. This would imply offering all prayers, including the Friday congregational prayers, at home instead of mosques. But for a lot of people this is unacceptable and as I write these sentences, a raging debate has ensued over whether or not it is permissible in Islam to pray Friday prayers at home. Some hardline clerics have taken the extreme stance that male Muslims, unless ill, should go to the mosque to fulfil his religious duties despite the threat from the current pandemic. It is perhaps due to this reason that despite the very real threat of the coronavirus and appeals from the government, many continue to offer Jumma (Friday) prayers at mosques all across Pakistan.

Evidence from Malaysia  and also from Tablighi Ijtema in Raiwind, Pakistan shows that large gatherings of people may serve as mass infection grounds, necessitating an official ban. There is undoubtedly a great deal of public pressure on the government, which is perhaps why the prayers are still being allowed. This move is a serious mistake in my opinion.

The most surprising part is that many Muslim countries including Saudi Arabia and Iran, have banned all sort of public gatherings, including those that are religious. Saudi Arabia has temporarily banned everyone, including its own residents, from performing pilgrimage around the Holy Kaabah. Iran has closed several shrines in order to mitigate the spread of the virus and its police even used force to disperse crowds when they tried to force their way into two popular shrines. Other Muslim countries have also imposed similar restrictions on public gatherings. Yet, many are still gathering outside mosques in Karachi to pray, where a complete lockdown has been announced.

For some odd reason, we as a society think we are the ultimate custodians of faith and that our mosques and religious public gatherings are more important than mosques in other countries and the Umrah itself. Whereas the actual custodians of holy Islamic places, such as Iran and Saudi Arabia, are taking all possible precautionary measures and putting human lives above everything else.

But then this has always been an issue with our society. We are more prone to religious violence, our blasphemy laws are harsher, and treatment of women worse than many other Muslim countries. For some reason, we insist on being more religious without understanding the true meaning and essence of our religion. Islam gives sanctity of human life the utmost importance and yet we constantly overlook it for religious exhibitionism.

Right now, we need to act rational, which frankly is completely in line with our faith, to defeat this virus. We should pray at home and not indulge in false public display of religiosity. The federal government should also take a lead and temporarily ban religious public gatherings along with all other public gatherings, as we have a very limited window of time.