Should Pakistan be investing in carbon capture? – Part 2 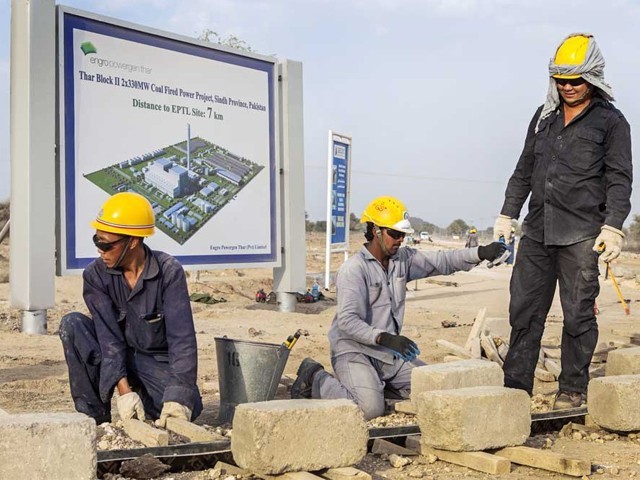 This article is the second in a two part series which looks at Carbon Capture and Storage (CCS) technology and talks about the efficacy of using it to reduce our carbon footprint. Read part one here.

Public engagement with regards to the efficacy of Carbon Capture and Storage (CCS) is important because it can mitigate the opposition to the development of the largely untapped technology. However, to achieve this, a greater and more meaningful collaboration between engineers, politicians and social scientists is required. Such meaningful interdisciplinary engagement will overcome the bias that may exist amongst various disciplines for the misunderstood carbon processing method and will lead to solutions that have greater public acceptance.

Studies have shown that social science theories such as framing can be a helpful tool in reshaping the public perception about new technologies. Framing, in social science, refers to the act of understanding concepts and events by analysing societal stereotypes and personal testimonies as opposed to concrete research.  Framing, in this case, can not only help engineers learn about public perception surrounding CCS but it can also help them tweak the direction of their research. For example, one survey conducted during the course of relevant research suggests that “avoiding waste” can be a powerful frame for persuading public opinion in favour of CCS technology. People tended to be more positive towards CCS technology when they were told that CCS would help in utilising the carbon dioxide (CO2) that otherwise would just be wasted.

So, instead of focusing on sequestration methods, that is, selling the technology merely as a carbon purifier, the possible utility of the captured CO2 could be highlighted since carbon dioxide can be used as a raw material in different chemical processes such as the production of ammonia. It is also well known that CO2 is used in enhanced oil recovery (EOR) process which is a method of extracting crude oil from an oil field. Hence, transporting the captured CO2 to such industries through pipelines or transporting the compressed gas in cylinders to such industries are two possible ways through which underground injection can be avoided. However, I must repeat and re-emphasise that a greater engagement of engineers with social scientists can elucidate further options of how public perceptions can be moulded in favour of CCS.

Besides the common public, the business community is also sceptical about this technology. This is why CCS projects have been failing to generate large capital investments, especially in Europe. The best possible way to address this concern is by developing public-private partnerships. Additionally, the creation of economic incentives can also motivate the business community effectively to invest in CCS projects. This is another area where interdisciplinary interactions between engineers and economists can result in fruitful outcomes. If adopted at a large scale, CCS technology can bring about revolution in the energy economy. It will not only preserve thousands of jobs, seeing as how thermal plants will not have to be put out of commission, but will also create a new energy economy which in turn should create new jobs. The objective of creating employment could be achieved through the use of innovative methods to produce useful products out of carbon dioxide as well as setting up factories that manufacture CCS-specific components such as gas separators and turbines.

However, for this to happen, greater policy intervention is required. Governments like ours will have to step up and develop new regulatory frameworks to facilitate the business community in developing the currently misunderstood CCS technology. This is another area where an interdisciplinary coalition of engineers, economists and policy makers is required. The United States has already taken the lead in this regard and has passed legislation called the 45Q tax credit, which is aimed at boosting the confidence of the business community to invest in the CCS technology. The legislation provides monetary incentives such as credit of up to $30 per tonne of CO2 stored underground in saline reservoirs and up to $35 per tonne of CO2 utilised in the manufacture of products. In a report published by the Carbon Utilization Research Council (CURC), it has been estimated that the accelerated development and deployment of CCS technology could pump $190 billion into USA’s annual GDP by 2040 and could add 780,000 jobs over the same period. These are very encouraging numbers and indicate that CCS should not only be seen as a climate control strategy but also as a new business venture that will lead to the creation of new products and new jobs.

It is also worth mentioning that generation of power by using fossil fuels is not the only source of greenhouse emissions into the atmosphere. The ports of Rotterdam, Antwerp and Ghent account for one-third of the total greenhouse gas emissions from the Belgium, Netherlands and Luxembourg regions. Therefore, progress in CCS technology will not only assist in the power sector but will also be helpful in curbing greenhouse emissions elsewhere such as industrial emissions. It is important to realise that although the CO2 emissions from fossil fuels in the European Union (EU) decreased by 2.5% in 2018, the global carbon dioxide emissions from fossil fuels rose during the same period. These emissions are likely to increase since the use of oil and natural gas are on the rise as is the demand of energy.

Global warming is going to harm humanity irrespective of regions and countries. Germany might discontinue using coal by 2038, but countries like India and Pakistan are unlikely to do so. USA, China and India consume up to 54% of the world’s fossil fuels by weight combined and with legislation such as the Carbon Capture Act being passed in only one of these countries, it is safe to assume that the main consumers of the fossil fuels are unlikely to reduce their respective usage.

China and Pakistan have been working on 21 energy projects under the umbrella of CPEC of which 70% are coal- powered. The political consensus on the development of Thar coal is another indicator that Pakistan will continue to emit sizeable amounts of CO2 for the foreseeable future. Therefore, it is high time that academics and political circles of the country start debating on the development and use of CCS technology in Pakistan so that we play our part in limiting the incessant threat of climate change.

The writer is a mechanical engineer from NED University of Engineering and Technology and is associated with an eminent local conglomerate.

Should Pakistan be investing in carbon capture? - Part 1