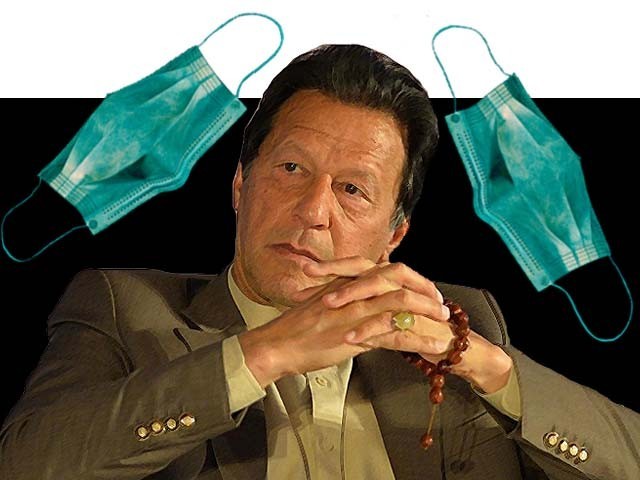 In most of my conversations about the political state of affairs in Pakistan, the consensus is often on two topics: a) critique of the performance of the Imran Khan-led government over the past few months, and b) an appreciation for Khan’s oratory skills after most, if not all, broadcasted speeches. In an age of populist politics, political divisiveness, online echo-chambers, there are few global leaders who have the unique capability to make people listen to them beyond the divides of politics, class, and religion.

After listening to his speeches, I often go online and find people mentioning how they fall for Khan’s words every single time despite the disappointments they have in his government. What is it about Khan’s communications skills that makes people want to listen to him despite their political differences with him? As someone who has grown increasingly sceptical of Khan, I still find myself listening to all his speeches and even agreeing with most of them. He still remains one of the few leaders who has leveraged his oratory skills for a communication strategy that resonates on at least some level with Pakistanis from all walks of life. Why do people – whether conservative, liberal, libertarian – listen to him with their undivided attention despite a recognition of his failures in governance?

In the book, The Righteous Mind: Why Are Good People Divided by Politics and Religion, Jonathan Haidt argues that our moral responses are guided more by emotional intuitions rather than reason and logic. His research highlights that our responses to scenarios rest on five major “moral foundations” that he believes include: care, fairness, loyalty, authority, and sanctity. He concludes that successful leaders in the past have been able to guide people’s emotions in the direction of the logic they wanted them to see. Moreover, they also base their arguments across a range of moral foundations to resonate with the majority. I will use Haidt’s framework to analyse Khan’s speech after the COVID-19 outbreak in Pakistan.

Khan addressed the nation on March 17th, to announce the government’s measures to address the pandemic in Pakistan. While you or I may not agree with all his approaches, yet we still listen to him, agree on some level, and even understand his perspective and rationale. He makes you see the nuance and greys of policy-making during the course of his speech. Haidt’s principle of five moral foundations explains what makes his speeches effective.

Care: Since this a foundation that holds priority for liberals due to their focus on compassion towards others in formulation of a moral response, Khan invokes this foundation in almost all his speeches. Even in his speech following the COVID-19 pandemic, he articulated his concern for the destitute in such circumstances. Moreover, it was through this foundation that he guided people to see his rationale to not shut down the cities as people could “die from hunger”.

Fairness: Based on Haidt’s research findings, this foundation is important for people across the political spectrum – although its interpretation tends to vary. Khan brought up fairness when he stressed how the state will take severe measures against people who are involved in hoarding grocery items, which create stressful circumstances for ordinary citizens. His emphasis on a just system provokes a positive intuitive moral response, as it hits a value that is important for most, if not all, people.

Loyalty: Khan brings up loyalty in various ways to appeal to people regardless of their political beliefs. He brings up loyalty to the country, the state, and religion. It is through his arguments based on the foundation of loyalty that he makes people understand why they need to abide by the safety measures against the coronavirus outbreak, and work in conjunction with the state orders to beat this pandemic. Since loyalty is a value that holds priority for conservatives, this is a foundational principle for arguments that resonate with majority of Pakistanis.

Authority: Khan made use of the authority moral foundation as a reminder for Pakistanis to understand why they all have a stake to support the existing system. He mentioned how the state apparatus has already taken into account various segments of the society – from the vulnerable members to small businesses – for a fight against the COVID-19 pandemic. His arguments served as a reminder to uphold the hierarchy and status quo that was already – at least based on his theory – in the ordinary citizens’ favour.

Sanctity: In the context of Pakistan, this moral foundation is often tied with imaan (faith), which Khan knows how to use to his advantage. Almost all his speeches have an element of religion intermixed with a policy issue that he wants to promote as he understands its significance to garner public support through an emotional moral response. Even in his speech, he not only brought up cleanliness as a sacred duty, but also focused on sanctity of life in Islam to make people exercise precaution against the pandemic through their respective moral responses to his words, even if he did exclude the non-Muslim population.

Hence, Khan’s speeches are built on five major moral foundations that invoke an intuitive response from most people, regardless of their differences with him. Khan makes use of this emotional moral response to steer people towards the rationale that he wants to get across in his speech. Haidt’s psychological research demonstrates why most of us find ourselves listening to Khan every time, even agreeing with him, despite the frustrations with his governance so far.

The author is a Public Policy graduate with an interest in research on political and development issues in South Asia. She tweets at @malik_warda7 (twitter.com/malik_warda7)

Is our solidarity with Kashmir conditional?

Who is a Pakistani? A Muslim? A desperate migrant? Different from an Indian? A caged woman?