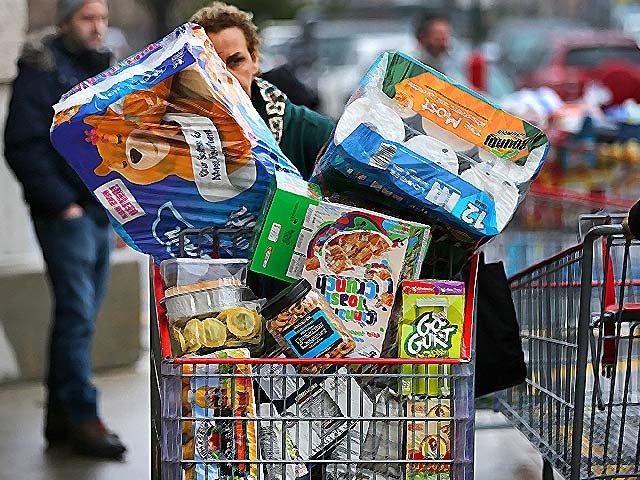 A few weeks ago, when the coronavirus was largely affecting mainland China, a friend of mine called me from Pakistan and complained about the sudden shortage of face-masks in Pakistan. He said,

“We are a completely uncivilised society with no regard for any ethics or morals. You are lucky that you live in a morally upright nation (America).”

At the time, I agreed with his assertion and thought that I could easily compare the two societies since I have spent a considerable amount of time in both the countries. Most of my personal as well as professional life was spent in Pakistan, but for the past decade or so I have been living in the United States (US). During my stay in the US I have often compared the two countries. I used to think that both Pakistan and America are very different from each other, each having its unique strengths and weaknesses. While Pakistan has a better social support system, America prides itself on having a greater regard for individual rights and liberties. To me it seemed unlikely that in a time of crisis Americans would hoard products for profiteering or indulge in panic buying at the expense of others. However, the arrival of the coronavirus quickly dismissed that false notion.

The moment the pandemic hit America, and for that matter many other western countries, it resulted in an almost hysterical level of panic buying and hoarding. Within days, essential items like hand sanitisers, anti-bacterial soaps and medicines have disappeared from the shelves of stores all across the country. By now, most people have seen the videos of seemingly reasonable people suddenly fighting over toilet rolls. Currently, as I write these sentences, even bread is in short supply in my town, as are many other essential food items. Moreover, Amazon has been forced to take steps to stop price gouging by third party sellers, which has resulted in some individuals in possession of huge stockpiles of hand sanitisers and other such items unable to sell these goods.

What is unfolding right now has revealed that basic human nature in periods of crisis and uncertainty is the same. People on average, irrespective of nationality, colour, and creed, choose to hoard items in times of uncertainty because, on an individual level, they feel powerless and stocking up gives them a false sense of comfort. Hence, what may appear to be rational behaviour at the individual level is actually extraordinarily irrational at a collective level, somewhat akin to the famous tragedy of the commons. Even those who are initially hesitant are subsequently forced to indulge in such behaviour when they see others jumping on the bandwagon since they fear they will lose out if they maintain the veneer of decency and civility. It seems that those who don’t stock up are usually those individuals who have the power and the resources to ensure the availability of basic necessities even in times of crisis.

The solution under these circumstances is not to make moral appeals against panic buying but to enforce rationing. The tragedy of the commons is the intellectual rationale as to why we need to have contracts and why we need a government and institutions to enforce such contracts. The American economy is far stronger than Pakistan’s and has no real supply problems, yet despite several official appeals the state has not been able to curb panic buying. Sooner or later, this phenomenon will begin in Pakistan, and the country’s floundering economy is not equipped to handle such a crisis. The federal government of Pakistan has to step up and start taking charge of the situation, not only with respect to controlling the spread of the coronavirus but also to ensure that there is no panic buying and consequently no shortage of essential items.

In the case of Pakistan, food shortages due to hoarding (particularly by the more affluent sections of society) can create more problems than the pandemic itself. Since this is a crisis like situation, the federal government should seriously consider rationing essential items so that the poorer segments of society are not left empty-handed. The state also needs to start looking at the supply side aspect and enforce mechanisms to ensure that markets and stores do not run dry. Since this pandemic is affecting not only healthcare facilities but a host of economic activities, there need to be interventions on several fronts.

Unfortunately, thus far the Pakistan Tehreek-e-Insaf (PTI) government is not even tackling the medical side in an adequate manner, as evidenced by its callous approach towards coronavirus testing and the shoddy quarantine in place in Taftan. This lack of foresight will only further complicate matters once the inevitable panic grabs hold of the economy. The state has to wake up to this crisis. Instead of hounding the opposition and gagging the media, the party and Imran Khan have to shift their focus. They must join hands with the opposition to pass essential legislation and take appropriate measures before it is too late. In America, despite extreme animosity between the two main parties, right now both sides of the aisle have come together to combat this pandemic. Similarly, Pakistan’s politicians must set their differences aside and come together for the sake of the people of the country.