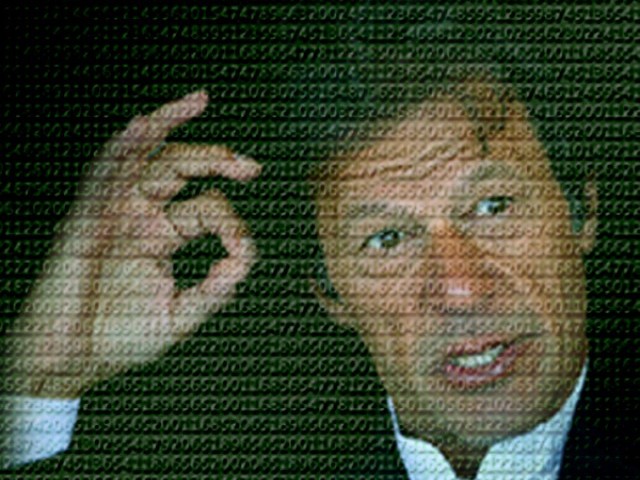 Some PTI supporters will be offensive and will troll you, but does it mean that every supporter is the same? DESIGN: EMA ANIS

Pakistan Tehreek-i-Insaf (PTI) is the talk of the town. Naysayers have several objections – some which are fair, some not quite. One particular complaint, however, is a unique piece of criticism leveled against the party: that of the PTI troll, someone we all know and despise.

When criticising the PTI on public forums, especially Twitter, a commenter is often subjected to harsh language and offensive speech by ‘supporters’ of the party. Instead of presenting arguments against criticism, these trolls subject the critic to intense cyber abuse. While I agree that this behaviour is not in the party’s interests, criticising the party for it and claiming that the majority of PTI supporters are on the same wavelength is misleading.

To explain this trolling, I think it’s important to understand two things: the stature of Imran Khan, and the quality of education of the masses. Here are examples:

Almost a year ago I was on a Shahid Afridi Facebook fan page. There was an ongoing discussion on his captaincy where I contributed my opinion. I posted that I thought he wasn’t cut out for the job and should be in the team just as a specialist bowler, citing various reasons such as ball-biting, retiring from Tests etc.

I had no idea what I was going to face next. By the end of the day, on a single thread I had been compared to a dozen animals, called an enemy of the state and also been called a mixture of a pig and the backside of a type of primate. Yes, I had been trolled.

I had a similar experience defending some of Marvi Sirmed’s views on a Zaid Hamid fan page. Here I was called an Indian-born, Jewish, CIA agent.

Another time, after I posted a minuscule bit of criticism of the great Muhammad Ali Jinnah, I was sent incredibly unpleasant messages in my Facebook inbox which did scare me at a point.

My point is that people here are emotional, especially about the people they love.

Imran Khan is a national hero, and therefore has a different standing compared to his political opponents. A lot of people have an emotional bond to the man, as some do with Zaid Hamid, Afridi, Jinnah and others. It’s difficult for these people to digest criticism of their heroes, even if it’s constructive. They get defensive, and then, at times, offensive.

This is not a justification – nothing can be, but it’s an explanation for why it happens. A part of the country’s Twitter population does not have access to quality education and has not been exposed to enough training in critical reasoning to put rational thought before emotion.

Others do it for fun. Yes, that means some PTI supporters will be offensive and will troll you, but does it mean that every supporter is the same? Of course not. Some might not even be associated with the PTI. The party has repeatedly asked people not to be offensive on forums and has disowned any supporter who does so. In my opinion, nothing more can be done about this on social media platforms.

Trolling is, without a doubt, offensive and should be condemned. But to claim that the troll is unique to the PTI is a criticism stemming from desperation. Ask poor Marvi Sirmed what she has to go through to hold an opinion. I support the PTI, but also get offensive DM’s on Twitter every time I write about a societal issue.

There are no PTI trolls – trolls are just trolls. My advice is to ignore them if you can, or better, drown them in a flood of your own troll vocab. Oh, wait. Not a flood, a tsunami.