Should Pakistan instate a travel ban against coronavirus emergent regions? 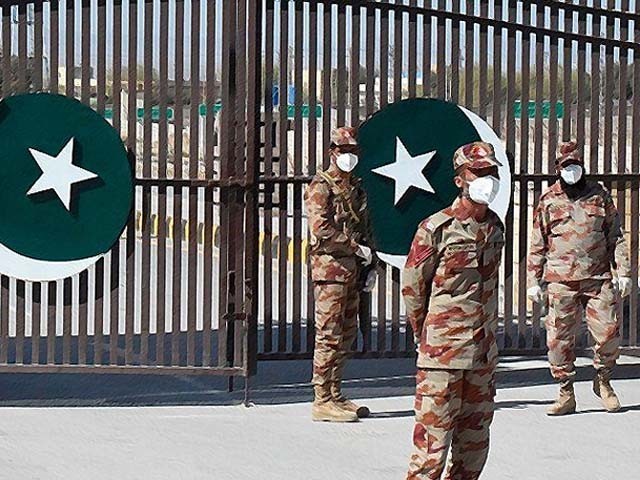 In its final year in office, the current Trump administration has instated a 30-day travel ban extending to Europe and to its ally the United Kingdom (UK), supplementing the already existing bans on China and South Korea. Blaming the large number of new clusters in the United States (US) as a result of travel from Europe, President Donald Trump moved to present a resolute US front against the rapid spread of the coronavirus (COVID-19), which the World Health Organisation (WHO) has declared to be a global pandemic. On the other side of the Atlantic, here in the UK, Prime Minister Boris Johnson termed it the worse public health crisis for a generation, which would lead to many more families losing their loved ones before their time. Remote-working habits have been encouraged and self-quarantine for seven to 14 days is being touted as the best method of mitigation. However, there has been no ban on travel, and while safety is encouraged it has not been mandated by the legislature.

The disparate styles of governance are on brand — Johnson’s Conservative government policies appearing to be more moderate than the Trump administration’s reaction. However, considering the state of affairs over the last few months, it may bode well for the UK and the European Union (EU) governments to follow the US example — one that has drawn inspiration from Xi Jinping’s response in China. Jinping’s proposed lockdown of Wuhan — the region which was the epicentre of the virus — on January 23rd, cemented the Chinese government’s proactive stance on containment and mitigation. The positive results led to Jinping visiting Wuhan less than two months later on March 10th, establishing confidence and resolve in the government’s policy. It is puzzling, thus, to consider why the UK and EU have not followed suit, especially since the WHO has termed Europe as the new epicentre of the virus with rising numbers on a daily basis.

In light of this, it is even more puzzling that Pakistan — itself suffering from 189 reported cases so far (a number which will inevitably increase) — has not issued a flat out travel ban to incoming visitors from the UK, Europe, Iran and China. With more than 182,000 people infected globally and over 7,000 dead, as reported by the Johns Hopkins “Coronavirus Map”, Pakistan should enact stricter immigration, especially judging by its close proximity to China (81,051 cases), Iran (14,991 cases), and frequent visitors from the UK (1,553 cases) and emerging clusters in Europe, namely Italy (27,980 cases), Germany (7,272 cases) and  France (6,650 cases). While 89,4256 travellers have been screened for symptoms according to the Prime Minister’s Office, no ban has been put into place to prevent a rise in coronavirus patients. Pakistan’s staunch ally and benefactor, Saudi Arabia, has decided to shut down its visa section in Pakistan due to fear of further spreading the virus, while Pakistan is yet to enact a similar policy framework which facilitates containment and mitigation, preventing a possible influx of cases.

While Prime Minister Imran Khan meets with the National Security Council (NSC) to further discuss the virus pandemic, it is imperative for the government to put definitive policies into practice as a safeguard against further infections. In this regard, the primary step should be to restrict travel from Europe, UK, Iran and China as the first measure towards containment. While the number of cases in Pakistan is currently at 189, the lack of sufficient infrastructure, the absence of abundant high-quality healthcare facilities and a burgeoning working class population can lead to a rapid and exponential viral growth. This has been made evident by the government’s inability to adequately contain the coronavirus cases at the Taftan border.

Moreover, the movement of Chinese workers into Pakistan due to the China-Pakistan Economic Corridor (CPEC), the cross-border engagement with Iran, and continued travel arrangements with Europe, can lead to a further influx of cases that the country is ill-equipped to mitigate. While stock-markets have collapsed to new lows on a repeated basis, Pakistan’s emphasis on economic security or cooperative foreign affairs should never take precedence over the quality of life and good health of its populace. Evidently, a travel ban is the call of the hour, and the government should not shy away from taking drastic steps for the betterment of its people.

The writer is a researcher from the University of Oxford and a board member of The Oxford Guild. He currently researches misinformation in UK Politics at the Oxford Internet Institute and specialises on Pakistan’s foreign policy and security strategy. He tweets @aliarsalanpasha (twitter.com/aliarsalanpasha).

What does the future hold for Kashmir?