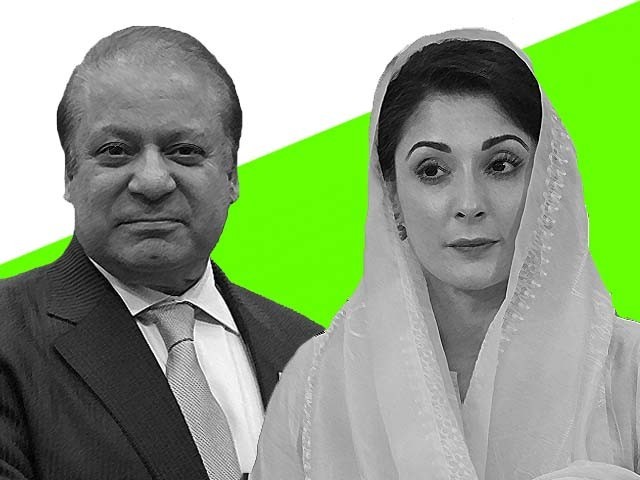 It is naturally impossible to speculate upon what the future holds for the Pakistan Muslim League Nawaz (PML-N) if one is first unable to understand the history of the party. PML-N was founded by Nawaz Sharif, a Punjabi businessman turned politician, who gained popularity in Punjab in the 1980s during the dictatorship of General Ziaul Haq. His loyalty to Zia resulted in Sharif being appointed the chief minister of Punjab after the non-party elections of 1985. After the demise of Zia, Sharif fought in the elections on the platform of the Islami Jamhoori Ittehad (IJI), and in 1990 he managed to become the prime minister of Pakistan. However, in 1993 the president of Pakistan, Ghulam Ishaq Khan, dismissed his government, which resulted in Sharif formally creating PML-N.

PML-N won its first general election in 1997 by securing 137 National Assembly seats out of a total of 207 seats. Benazir Bhutto’s Pakistan Peoples Party (PPP) was routed in the elections and only managed to win 18 seats. The clear victory emboldened Sharif, and he gradually began to detach himself from the powers that be. He shunned his conservative style of politics and asserted his control on the foreign policy of Pakistan by maintaining peaceful relations with India. He also championed several developmental projects, with the Lahore to Islamabad motorway being launched in his second tenure. However, the Kargil fiasco resulted in a rift between the PML-N government and the then military establishment. As a result, on October 12th 1999, Sharif was ousted in a coup staged by the then chief of Army Staff general Pervez Musharraf. However, Sharif, due to his close ties with the then American president Bill Clinton and the Saudi monarchs, was able to go into exile in Saudi Arabia on a mutually agreed deal.

Sharif was not allowed to participate in the 2008 elections, although PML-N won 91 National Assembly seats and formed the government in the province of Punjab. In 2013, PML-N was able to rise to power, and Sharif became the first politician in the history of the country to be elected prime minister for a third time. Nonetheless, his dispute with the establishment over the country’s foreign policy once again landed him in hot waters. Furthermore, his move to pursue a case of treason against Musharraf irked certain powerful quarters, and then the Dawn leaks scandal only further compounded Sharif’s problems. Hence, the Panama papers gave the much needed edge to the invisible forces and Sharif was disqualified through the courts and was then sentenced to jail by the accountability court. In the 2018 elections PML-N was able to only secure 82 seats in the National Assembly. But PML-N, despite facing the wrath of the powers that be and currently being embroiled in the on going accountability witch-hunt, still remains intact and is assessing the political chessboard. Therefore the question arises: given the rift between Sharif and the invisible forces over the right to rule the country, how will PML-N engineer a return to power?

The narrative of civilian supremacy and ‘respect the ballot’, which was championed by PML-N, has already been surrendered since the party not only voted in favour of the extension for the chief of army staff (COAS) but also because the party has remained silent on several issues plaguing the country. PML-N, despite being the largest opposition party, has not mobilised the masses or staged any protests against the price hikes and the deteriorating condition of the economy. Maryam Nawaz, until August last year, did lead huge public gatherings but they were only aimed at keeping the traditional PML-N vote bank in Punjab charged and intact. These speeches usually always centred on Sharif and ‘respecting the ballot’.

Ever since Sharif was released from jail and allowed to fly to London PML-N has gone into silent mode because behind the scenes it has been trying to mend fences with the powers that be. Sharif may not be the revolutionary leader his party is trying to portray him as, but there is no doubt that his ties with the heads of different countries have kept him in the game despite being ousted from mainstream politics. Also, it seems like the extensive development projects which PML-N has spearheaded over the years will continue to placate its followers. Like it or not, Maryam, Sharif’s heir apparent, despite her silence on several human rights issues, has successfully managed to create a wave of sympathy in favour of PML-N since Sharif’s ouster.

No one in this country understands the dynamics of power politics better than Sharif, which is why PML-N, despite surrendering its political narrative, is still able to convince its vote bank that it is the only party which is championing civilian supremacy. But one has to understand that democracy is not only about coming to power. It is about protecting the basic civic rights of the masses and also fostering pluralism in society. But PML-N has never really been concerned about that. Sharif knows that Punjab still remains his fortress since the poor performance of PTI at both the centre and in Punjab has already given Sharif the advantage.

Unlike the PPP, PML-N has never focused on strengthening its organisational structure at the grassroots level and has always relied on constituency politics by capitalising on Sharif’s political brand. While Maryam has injected some fresh blood into the party, the problem remains that there is still no effective grassroots structure and most PML-N stalwarts are continuing to practice a traditional, pro status quo style of politics. Despite these shortcomings. since Maryam has thus far been successful in keeping the PML-N vote bank charged and intact, the party could easily win the province of Punjab in the possible mid-term or general elections. If given a level playing field, and Maryam being allowed to lead the electoral campaign, PML-N could secure 100 to 105 National Assembly seats from Punjab. If the party manages to win a few more seats in its stronghold in the Hazara belt and in a few areas of Khyber Pakhtunkhwa (K-P) then it could easily repeat its performance from the 2013 elections. But, the question is: will PML-N win these seats by allowing democracy to first prevail within its own ranks or will it be banking on the traditional electable turncoats and the same old constituency-based politics?