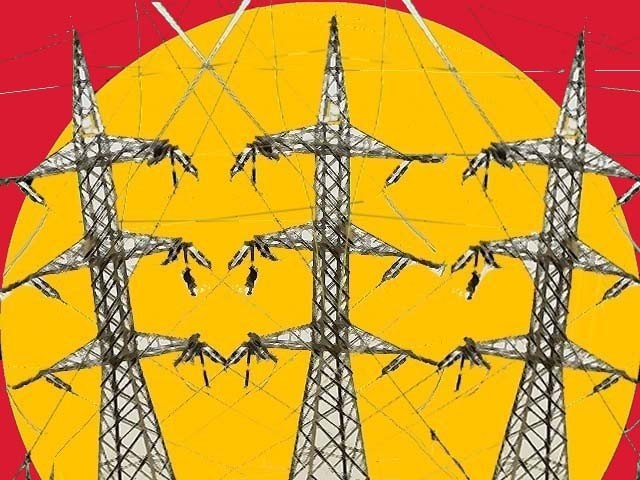 Karachi is the economic power-house of Pakistan, yet the city is facing a massive energy crisis which needs to be tacked on an urgent basis. To remain viable in the coming years as the highest contributor to the country’s gross domestic product (GDP), a strategic energy road-map for the city needs to be drafted under a comprehensive framework. How we prioritise our actions and create the right benchmarks is crucial. To enhance technological expertise within the sector, we need four components to be simultaneously inter-connected: human resources, research, development and investment. Providing incentives for the private sector must be the top priority, followed by research based target setting, then bench-marking, and then finally enacting the appropriate legislation.

Despite its geographic scale, a rising population, and the fact that the city currently lacks a viable programmatic framework, Karachi has a unique competitive advantage. The strategic advantage that Karachi has over other cities is that it can leverage a viable energy programme through a transition to renewable energy since it possesses almost all possible renewable energy resources, namely: wind power (inland and offshore), biomass energy production, wave and tidal energy, solar (photovoltaic) power, and waste to energy.

Manghopir’s hot sulphur springs are rich in geo-thermal energy, thereby making geo-thermal power a possible option to explore. Moreover, the vast landscape of Karachi makes it uniquely suitable for bio-fuel based energies (biomass). On household and neighbourhood levels, wind and solar power transmission is already showing great results and can be built more aggressively as an alternative energy solution. Off-shore wind mills can be put up off the coast, keeping it environmentally friendly. Finally, the amount of waste being produced by a population of 15 million, either being burnt at the source, drained into the sea or dumped recklessly in land-fill sites, is creating an environmental hazard. Hence, the waste-to-energy option is also viable for Karachi, especially inside the two non-perennial water bodies, namely Malir and Lyari River and the massive dumping of polluted waste in the sea.

But, in recent years, Karachi has been facing a directional crisis. Instead of focusing on the above mentioned potential avenues, we have seen policies triggered towards heavy cost intensive options like the use of imported coal for energy generation. Despite the world moving away from coal production as a source of power, we are unable to comprehend the economic and human loss to our city incurred due to coal extraction. Coal is counter-productive as a power source since it loses the majority of its energy due to high emissions in the coal extraction phase, making it a very expensive source of energy to rely on.

One major concern for our city is the complete absence of research and development in terms of building our technological capacities, where we lack coordination in research among institutions. Instead of building internal capacities, we have resorted to importing equipment from China and other countries, thereby reducing our academic and scientific capability when it comes to solving the energy crisis. Another serious problem we face in Karachi is the number of automobiles and motorcycles on the roads, adding to the energy consumption load and carbon emissions. Despite knowing that we have a severe energy crisis in Karachi, the public mass transit system is still in disarray.

The ambitious claims of the government to re-shape Karachi’s energy sector are commendable. However, without ensuring ways to build local capacity, incentives like introducing energy audits, product labelling and standard setting alone will not yield results. How will the government ensure finances, build indigenous tech-innovation, and create intra-governmental coordination between private and community stakeholders? Focus needs to move away from launching counterproductive projects towards a cohesive participatory process. The future energy road-map for Karachi requires a balanced mix of legislation, fiscal instruments, regulations and ordinances, creating a regulatory framework, and introducing the required financial incentives. The five point agenda for the energy road-map of the city should comprise of the following steps which could help tackle the city’s energy crisis.

Firstly, the energy policies in Karachi need to be participatory. The city government, federal and provincial governments, the private sector, media, civil society, NGOs, academia and climate change experts all have to be on the same page. The vision must unite to bring about a consensus, with each stakeholders’ role being clearly defined. Secondly, the legislative action needed to execute the framework for the energy sector of Karachi needs to be robust, focusing on the global best practices and their interface with the provincial and federal government tiers of influence by building scale, training, infrastructure, communication linkages. Thirdly, human capital development can be achieved by strengthening our academic programmes across Karachi, reviewing existing research programmes, introducing research grants, creating powerful teacher training and mentoring sessions, and encouraging students to pursue environmental studies in college.

Fourthly, the renewable energy profile of Karachi must be developed to clearly pinpoint and identify a comprehensive resource pool for renewable energy, thus creating a cost-benefit analysis of each available option and its on-ground application. Once the database is in place, then comes the bench-marking and establishing of targets, like setting up smart grids and storage capacity levels. This should be followed by the creation of short and long term funding option availability, creating a link between the spending on increased renewable energy and a reduction in the urban carbon footprint of the city. Lastly, Karachi, like all other metropolises, must produce an annual green-house gas inventory (GHI), which would indicate changing trends, major emitters, policy measures and administrative guidelines to help cut down on green-house gas emissions. Furthermore, a build-up of the public mass transit system in Karachi could drastically reduce the use of private vehicles, hence lowering traffic congestion and the environmental damage which is only furthering the acute energy crisis Karachi is facing.