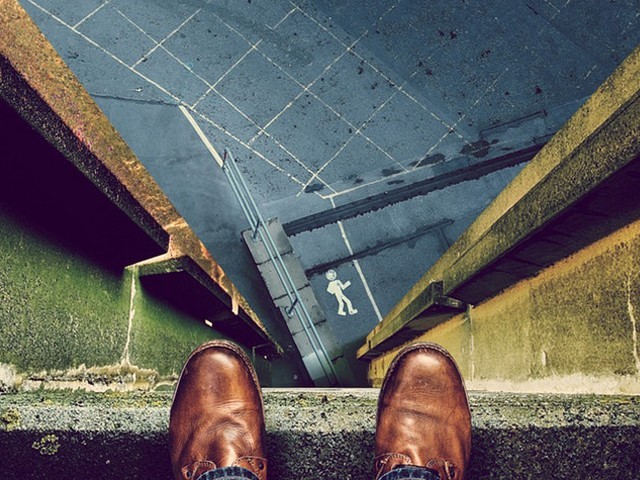 In today’s fast-paced world, human beings are expected to work like machines. Therefore, it is not surprising that incidents of suicides related to workplace pressure are increasing around the world. Based on the findings of the United States (US) Bureau of Labour Statistics (BLS), 282 workplace suicides occurred in the US alone in 2013. This number has gradually increased over the years with 304 workplace suicides reported in 2018. In Pakistan, workplace suicide is either under reported or not spoken of at all yet the office space, where one spends most of his or her time, could be a major contributing factor to suicides. There is no direct evidence in the local context to support these hypotheses, primarily due to a lack of research, but some factors must be presented to highlight the adverse role workplaces play in this context.

For starters, working hours in Pakistan have been left completely unregulated by the government. There exist laws which limit working hours to approximately nine hours. One such law is the Provincial Factory Act which states that no adult worker shall be allowed or required to work in a factory for more than 48 hours in any week. However, these laws are not implemented in letter and spirit with many organisations explicitly mentioning in their job advertisements that the potential employees must be ready to meet tight deadlines and work overtime. This malpractice goes unreported as the staff would much rather work overtime, without any extra allowance, rather than lose employment in a turbulent job market. This is unfortunate, especially considering that many research studies validate that long working hours are unproductive.

For instance, an article titled ‘The Case for the Six Hour Workday’ in Harvard Business Review argues with profound evidence that shorter hours increase productivity. The author of the said article conducted an experiment wherein he curtailed his staff’s work timings to six hours for two weeks. During the course of the experiment, he noticed that his staff was prioritising tasks more effectively due to the shorter working hours which in turn increased their focus and by extension, productivity.

Another noteworthy example is from Sweden where a trial-based study at an old age care facility found that reducing working-hours to six hours per day had an astonishing effect on the nurses working there. Not only were they happier and able to spend more time with their families, but also, they were more energetic and productive during working hours.It is also important to mention that, despite working long hours at the office, employees are also expected to answer their phone at home, taking away from the much-needed free time that workers intend on spending with their families and friends. This goes against Article 24 of the UN Declaration of Human Rights which states:

“Everyone has the right to rest or leisure, including reasonable limitation of working hours and periodic holiday with pays.”

To tackle this menace, many countries have recently introduced laws which give the “right to disconnect,” an emerging concept which proposes that the employees have the right to not engage in work-related communications during non-working hours. France took a pragmatic approach in this regard with the introduction of the El Khomri Law through which the right to disconnect was entered into law in January 2017.

Although it is understandable that the nature of some jobs is extraordinary such as that of the police, armed forces and district administrators, those who opt for such jobs are already aware of the designation’s expectations. Having said that, such jobs must also not be purely dependent on individual effort. Team-work must be encouraged so that every individual is afforded a certain degree of personal space. Nevertheless, the nature of jobs in the private sector is different which is why the prevalent nonchalance towards a worker’s free time must be curtailed. This will pave the way for the right to disconnect which in turn will allow individuals to maintain a work-life balance.

Finally, although the minimum wage in Pakistan is meagre as it is, certain employees are not even being paid what the law mandates. Understandably, many of these individuals find it extremely difficult to make their ends meet, resulting in an increased likelihood of them taking drastic steps to end the misery of being underpaid and mistreated. The link between low wages and suicide rate has been effectively addressed in the findings of a research study titled “Effects of Increased Minimum Wages by Unemployment Rate on Suicide in the USA,” published in the Journal of Epidemiology and Community Health in which the researchers found that a single dollar increase in the minimum wage is associated with a 3.5 percent decline in suicide rate in the US.

Having discussed some of the many factors that contribute to work-related stress, anxiety and its link with suicide, it is proposed that the menace of workplace suicide be studied multifariously. The underlining factors ought to be addressed, not only to save lives, but to improve the psychological, physical and social conditions of the backbone of Pakistan’s economy which is its labour. The private sector must be held accountable for snatching the right to rest and leisure away from the working class so that Pakistan can improve as a whole.