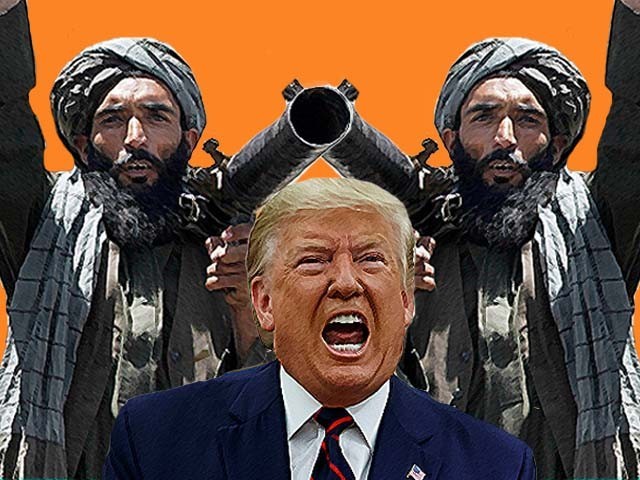 The deal between the United States (US) and the Afghan Taliban in Doha last Saturday is bound to have lasting repercussions across the region. Under the agreement, the US is committed to reducing its number of troops in Afghanistan from 13,000 to 8,600 within 135 days of signing the deal, and the full withdrawal of forces will take place considering the security situation in the country and the Taliban’s commitment to not creating any more security threats in the region. However, it seems that President Donald Trump has made this deal in a hurry in an attempt to strengthen his chances of getting re-elected in the US presidential elections scheduled to take place later this year. While Trump is trying to sell the narrative that he has been successful in helping bring US soldiers back home, the Taliban are spinning this deal as a victory for them. Since signing the deal, the Taliban have carried out 76 attacks on Afghan paramilitary forces in 24 provinces of the country. In retaliation, US forces conducted aerial strikes against the Taliban. This means that Islamabad, which was jubilant that these negotiations with the Taliban would help ease its proxy battle with New Dehli in Afghanistan, has to realise that this deal only serves US interests and leaves no room for Islamabad to manage things in Kabul. In fact, the US-Taliban deal could have a horrific consequences for Pakistan because a return to power for the Taliban will mean the strengthening of their factions and support base in Pakistan.

The Taliban today are entirely different from the Taliban of the 1990s who were considered to be beneficial for Islamabad’s strategic interests in Kabul. There is support for Islamabad among the Haqqani faction of the Taliban, but there are many factions of hard-line extremists who do not have any soft corner for Pakistan. Islamabad has already paid a heavy price for backing the Taliban since their Pakistani faction conducted a series of attacks in the country, including the massacre of the students and staff of the Army Public School (APS) in Peshawar in 2014. Thus, for Islamabad, it is time to think about what it has achieved by backing the Taliban in Afghanistan and it also needs to realise that unlike the US, which has a big economy which thrives on waging wars in other countries, Islamabad can not afford to indulge in proxy battles anymore. Furthermore, Afghanistan still remains an interest for several regional players like India, China, and Iran.

Therefore, clearly the lives of the Afghan people do not matter and every single global and regional player is busy serving their own vested interests. It seems that countries are deliberately turned into war zones, either by shaping narratives against them or by backing extremist groups there, and then global powers like the US enter these nations to eliminate extremists who are in reality directly or indirectly backed by them. The Pentagon knows that war is the most lucrative and profitable business since it helps America retain control in different parts of the world but also boosts the profits of weapon manufacturers, construction and pharmaceutical companies. So, whether it is Libya, Syria, Iraq or Afghanistan the script remains the same. When it comes to protecting its own interests, Washington always turns a blind eye towards the human rights violations being carried out by its geo-political and economic partners. Trump’s recent visit to New Delhi is an example of this, where he remained silent about the situation in Kashmir and the Delhi riots.

In order to manufacture threats, extremist groups like the Taliban, the Islamic State of Iraq and the Levant (ISIS), etc. are smartly used as pawns in the game of conquering geographical and ideological boundaries to usurp the resources of vulnerable countries. The recent Doha deal is an example of Washington wanting to wash its hands clean from the mess in Afghanistan because currently Trump needs this deal to boost his image for the upcoming elections. The Pentagon is well aware that the regional backers of the Taliban and the Northern Alliance will continue to shed more blood in Afghanistan. On Monday, the Taliban announced that they will not accept the Doha deal until their demands calling for the release of 5000 Taliban prisoners is fulfilled. Since Afghanistan’s President Ashraf Ghani has already refused to release the prisoners, one can expect the Taliban to continue to attack the Afghan forces. More proxy wars in Afghanistan will mean more business for the global arms industry. According to the Stockholm International Peace Research Institute, global arms sale totalled $420 billion in 2018 and, as per the report, US-based arms manufacturers and military services providers are dominating the arms sales industry. The US needs groups like the Taliban, ISIS, Al-Qaeda to remain relevant in the Middle East and Afghanistan. But, it is imperative that Islamabad does not think like this.

The safe bet for Islamabad is to maintain peaceful relations with the progressive political forces in Kabul. The deal between the US and the Taliban is only an eyewash since sub military contractors, also known as mercenaries, are still operating in the region and will not leave Afghanistan any time soon. The war industry will keep producing the likes of the Taliban while the Pentagon will keep killing or supporting them depending on its own geopolitical interests. For Islamabad, indulging in a proxy war in Kabul by backing certain factions of the Taliban will only come back to haunt them. The same goes for Delhi, which has wasted a lot of resources and time to wage a proxy war against Islamabad in Afghanistan. Both Islamabad and Delhi need to change their war-centric approach towards each other since neither can afford to waste precious resources on weapons and in fighting which ultimately only serves the interests of Uncle Sam and the weapons industry. As Ernest Hemingway said,

“Never think that war, no matter how necessary, nor how justified, is not a crime.”