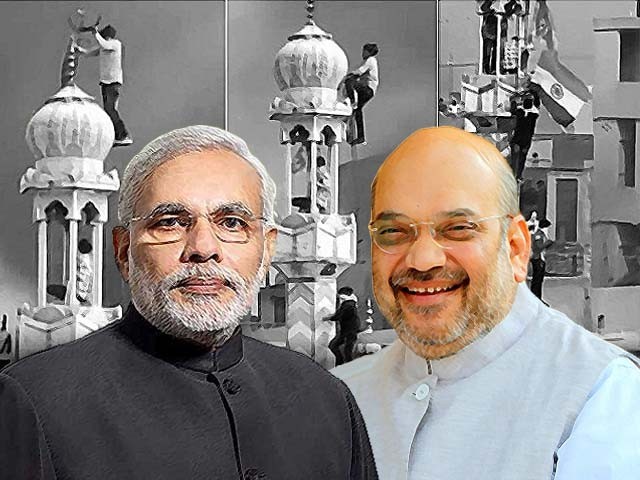 Let’s not call what happened in Delhi communal riots or a sectarian conflict. Let’s call it what it was: a systematic attack against the Muslims of India. What  happened in Delhi between February 23-25 was an organised and planned offensive against the Muslims. Both Hindus and Muslims are among the 42 people who have been declared dead so far; evidently, violence, once it begins, assumes its own character and does not discriminate on the basis of religion. Ever since protests erupted against the Citizenship Amendment Act (CAA) in December last year, a parallel campaign has been running, aimed at increasing divisiveness and furthering the agitation.

The CAA redefines Indian citizenship on the basis of religion and is discriminatory against Muslims. Additionally, Muslims also fear that if the government goes ahead with its proposed National Register of Citizens (NRC) then the major victim of this would be Muslim community. Before the protests started, the government had been repeatedly saying both inside and outside the parliament that the CAA would be followed by the nationwide implementation of the NRC. But the Bharatiya Janata Party (BJP) was forced to change its tune in wake of the nationwide protests, and announced that it had no plans yet to implement the NRC. However, the party has still refused to declare categorically whether or not the nationwide NRC will eventually see the light of day.

With the government’s track record and its approach towards the Muslim minority over the last six years not inspiring any confidence, concerned citizens have been rallying against the NRC and CAA, which many believe to be discriminatory. Unsurprisingly, the vociferous protests inspired contempt among the Hindu right wing, and they have been trying to create a divisive narrative around the matter ever since. As a result, Shaheen Bagh in Delhi became a symbol of resistance against the Narendra Modi regime, and people have been protesting for more than two months against both the CAA and the NRC. This is the first time that Modi has faced an organised resistance against his regime.

It is no secret that the CAA is discriminatory and is intended to polarise Indian society in an attempt to consolidate the majority votes. The government tried to sell the CAA during the Jharkhand elections and the recently concluded Delhi elections, but the people rejected it. However, the issue has divided the nation, and Muslims protests have been largely portrayed by the Hindu right wing as being anti-national. During the Delhi elections, the ruling BJP led an aggressive campaign and asked voters to essentially choose between India or Pakistan.

Soon after the declaration of the results of the Delhi elections, a BJP leader warned the protestors to be ready to face the consequences if they failed to vacate the protest site in North East Delhi. The haunting warning came true. While the attention of the nation was fixed on Donald Trump’s two day trip to India, an organised group of rioters shouting “Jai shree Ram”(Hail Ram) led a coordinated attack in various predominantly Muslim areas of Delhi. A visit to the affected areas clearly demonstrates the attacks were well planned and that the Muslims and there localities were targeted in an organised manner. The dance of death and destruction continued for three days right under the very nose of the central government. Many police members remained passive bystanders, making it apparent that when the law enforcement agencies start behaving like a mob then there is clearly a larger plan behind the violence. Hence, can one exonerate the central government after this immense loss of life and destruction of property?

In the last six years the government has stoked so much antagonism in India that now every institution in the country today behaves like the government’s stooge. The discourse of secularism in the country has been vitiated. Be it the situation in Kashmir, the CAA, the NRC or the ongoing protests, the media has become a tool used to spread communal hatred in India. With regards to the CAA, the mainstream media largely supported the government and hardly provided a platform for dissenting voices; thus failing to highlight the dangers of such a divisive act. In such a poisonous atmosphere, a single spark was enough to ignite a fire.

India today is a manifestation of the fears of India’s founding fathers. Even in 2013, when Modi was fighting in the elections, there was a fear that India would be turned into a majoritarian state and prejudice and discrimination on the basis of religion would be institutionalised. But, amidst this sea of antagonism, there were also those who chose the side of humanity, with many lives being saved by Hindus who protected their Muslim neighbours, and many Muslims also saving the lives of Hindus. It is only this inherent humanity which can now save India at a time when the country’s secular credentials are under threat.