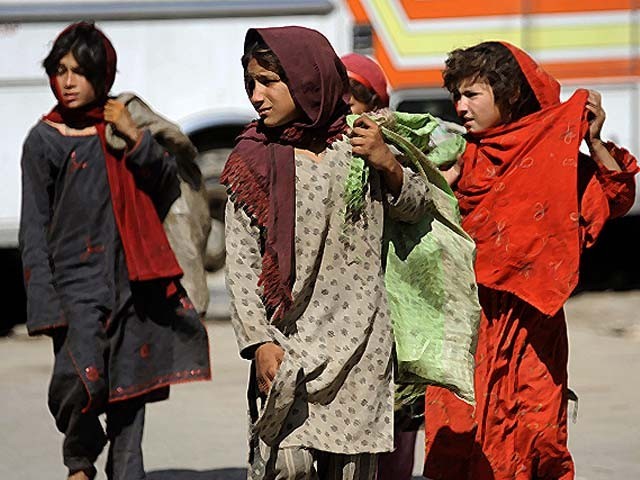 The Pakistani population has multiplied rapidly in the last few decades, lack of efficient administration by subsequent governments and failure of policy implementation have plunged a sizeable number of our population into poverty. In a developing country, a rapidly growing population and administrative deadlocks can adversely affect all segments of the society, particularly children belonging to low income or no income households. The result is an increase in child labour, along with an ever growing number of children being pushed to the streets so they can financially contribute to their households.

According to Pakistan’s first Child Labour Survey conducted in 1996, there were an estimated 3.3 million children engaged in labour. The government has not conducted a survey since, although in March 2019 the Ministry of Human Rights (MoHR) announced that they would conduct the National Child Labour Survey in collaboration with UNICEF. The results for the survey have not been released yet, however it is not difficult to imagine that the number of children engaged in labour today has grown exponentially since then mainly because of the rise in unemployment and the constant growth in our population.

Unemployed elder members of the family or economic factors are usually blamed for children turning towards the streets, however it is also important to note the demographic changes our society went through in the past decade which might have further contributed to the street child phenomena. Recent examples would be the floods of 2010 and 2011 along with the military operations carried out in FATA since 2013, collectively forcing families out of their homes. In absence of adequate assistance and rehabilitation by governmental departments, it became all the more difficult for these families to adapt to their new reality. This subsequently ended up impacting the children from these families the most, who not only lost their homes but also had to adjust in a new place with very little or no resources at their disposal.

Child Labour has been prevalent in our society for a very long time and although there are multiple laws calling for a ban on this heinous practice, the number of labourers has only increased over the years. The mere existence of this practice and the growing number of children becoming victims, even when there are relevant laws prohibiting the same is a major administrative failure. Resultantly, today minors are employed in factories, agricultural lands, households and restaurants across the country working overtime on a minimum wage. In addition to this, minors have also been found working on brick kilns, coal mines, agricultural land and fishing across the country, more often than not as bonded labourers. Such children are supposed to work till they pay off their family’s debt to the employer, a day many of them do not see.

Similarly, lack of administrative control has also given rise to the street child phenomena. The number of children earning on the streets in urban centres has substantially increased over the years. Mostly these children are found unaccompanied or without an adult family member’s supervision, which makes them extremely vulnerable to exploitation. The constant rise in the numbers of these children has only made room for criminal elements to take advantage of the situation. Today, across most urban centres in Pakistan this has evolved into a lucrative business where these children are employed to beg on the streets by the ‘beggar mafia’, daily earnings are collected by the employer at the end of the day and a small percentage of the proceeds is given to these children.

Child labourers and street children are constantly exploited with most of them experiencing physical and sexual abuse while growing up. Most of these children have little or no access to formal education, which makes it extremely difficult for them to acquire a skill. Meanwhile, most of them also do not have access to sanitation, healthcare and clean water. Psychological trauma is also common in these children, whereas many of them willingly also turn to drugs to cope with their everyday lives. Then there are the very unfortunate, who do not have the choice to begin with and are introduced to drugs at very young ages by criminals running street begging rinks.

It is pertinent to mention here that it is not merely enough for laws to exist, it is equally important that the relevant articles of the constitution are implemented effectively by the government. The lack of attention and complete disregard by the administrative bodies to this vulnerable segment has further added to the children’s plight, with no signs of relief on the cards.

Therefore, it is important that all the institutions of the state take responsibility and make sure that the children that we see today on the street and working as labourers are reintegrated into the formal education system so that they could acquire skills which would enable them to earn a sufficient livelihood.