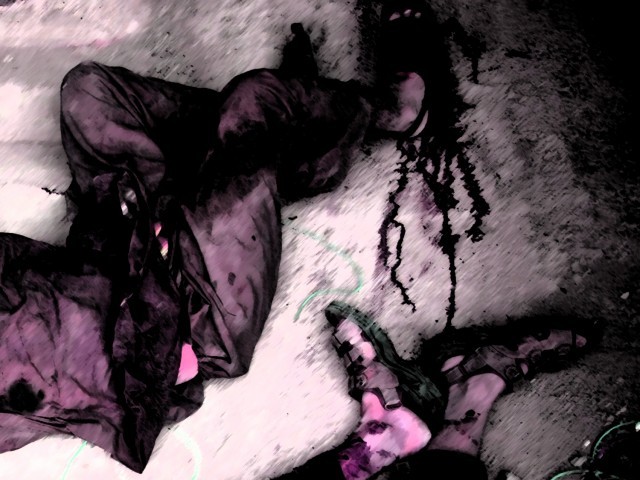 My enemy was lying in front of me bleeding. PHOTO: REUTERS

I had just taken my matriculation exams when I volunteered for a first aid camp. However, this wasn’t just any first aid camp – it was located in the war-torn area of the Kurram Agency. In 2007, the situation was much the same as today; the area was under siege and conflict was on the rise between the Taliban and the security forces.

The nights were cold but the reality that I came face to face with there was even harsher. Some memories still make me shudder and cry. I witnessed a tremendous amount of blood and gore. The roaring of heavy weapons in the dead of the night scared me. Initially, I was unable to sleep. But with time I became immune to the sound of the gunfire and the sight of blood – it all became an adventure. Yet, there is one incident, which try as I may, doesn’t escape me.

One night at 12 AM, the Taliban insurgents attacked the camp and then retreated, leaving 15 dead and 37 injured.

I was asked to scour the field and look for injured people around the attacked area. I went out with a plastic sack that contained first aid material. Suddenly, I heard someone crying and moaning for help. Rushing to the site, I saw a wounded teenage boy. Normally, I would have rushed to the rescue of a wounded person. But this wasn’t just any victim of an attack. He was not one of us – he was part of the Taliban fighters.

I stood transfixed. Should I help him? Should I leave him to die? My conscience had gone haywire. “Walk away,” it said firmly. Then in the same breath, “How can you leave a man to die?”

What is happening to me, I wondered in anguish. The war has stripped us of all humanity. My enemy was lying in front of me bleeding; bleeding eyes, bleeding head, bleeding legs, bleeding hands – he was bleeding from everywhere. “What am I supposed to do?” I wondered in despair. I cannot kill him, nor can I take him with me because a sure death awaits him at the quarters.

The humanity deep within me won. I held him while he died. I placed his head on my lap, and cleaned his face. After controlling my own emotions, I started my work. I bandaged his right foot, which had no toes. One of his eyes was missing too. He was whispering and asking for water. I refused because he was bleeding and I knew that if I gave him water, he would die in no time.

I was wrong because he died the very next moment when I opened his jacket and saw the blood flowing profusely inside. I couldn’t control myself. I sobbed and screamed.

On inspecting him closely, I saw that he was holding his qamiz’s (shirt) pocket tightly. I loosened his grip and found that he was clinging to a piece of paper that had something written in Pashto on it. I took it with me. When I read the note, I couldn’t have been more surprised. Here’s a translation:

Flowers will be blossoming on my land.

You! My beloved, you will be at the peak of your beauty

You will be merciful

My love! Come to me before it’s too late

You will cry on my grave, so what?

I will not be there

(In the name of bewafa Jannan)

It was quite evident that the young boy was in love. In that moment, after reading the poem, I saw him as the boy which he was, and not a militant. Why, I wondered, did he ruin his life by being part of the Taliban? The answer was clear; he was bribed, brainwashed, and forced. He was probably approached by the Taliban before anyone else approached him. He had not seen anything except killing and death in his short life. A teenage mind is easy to mould and so he believed that what he was doing was right and the only truth. This is the same for the many young boys who are becoming part of the Taliban today.

We, the people of the tribal areas, are not animals. We have just not been educated about civilisation and development. It is inevitable that extremist elements in the area will approach young, vulnerable boys because they are ignored by authorities. It’s a matter of first-come first-served.

Here’s a question: when you kill a militant, what are you giving to his son to discourage him from going down the same path as his father?