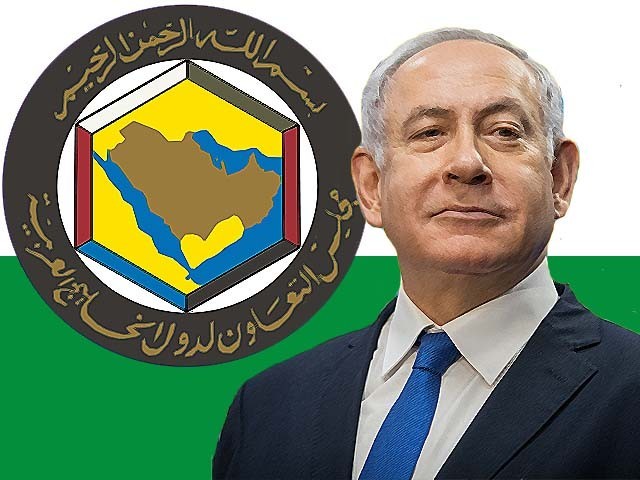 Hasbara is the Hebrew word for Israeli state propaganda and it has always been a top-heavy affair, relying less on quality and more on the stifling of opposition via censorship. Also top-heavy are Israel’s newly-formalised Gulf Cooperation Council (GCC) partners, from their domestic and foreign policy-making machinery to the distribution of wealth and financial power within their jurisdictions to their media.

Zionist organisations and Jewish civil society have already started a socio-religious bonding process of sorts with the GCC. Given the status of the GCC as Arabs, at least from an ethno-linguistic perspective, Hasbara will concurrently need a cosmetic make-over forceful enough to make everyone forget its pioneering role in contemporary anti-Arab and anti-Muslim bigotry and racism in the media to adjust to Israel’s GCC-alignment.

Little other than a top-heavy approach can adequately shove this new Hasbara down the throats of those unfortunate enough to be incapable of avoiding it. The GCC will face no awkwardness in propelling the new ‘Arab-friendly’ Israeli-GCC Hasbara in their own fiefdoms, since unapologetic authoritarianism is the norm in those countries. Indeed, recent news shows the grounds being laid for the debut of Hasbara in Gulf Arab media and politics, with demonstrators convicted by Bahrain for burning Israeli flags and sudden mass-arrests of Palestinian Hamas members residing in Saudi Arabia.

While forcing Israel-acceptance at home, Saudi Arabia recently lead a delegation to the Auschwitz memorial site accompanied by the Amercian Jewish Committee (AJC). The cover story and purpose was, as the memorandum of understanding (MoU) signed between the AJC and the delegation’s leader, former Saudi minister and Makkah-based ‘World Muslim League’ secretary general Mohammad al Isa put it, “to further Muslim-Jewish understanding and cooperate against racism and extremism in all its forms”.

Nobody in the GCC will be allowed to point out the irony in this see-through public-relations branding, which is that the AJC contributed notably to the aforementioned pre-eminence of Hasbarists in propagating anti-Arab and anti-Muslim bigotry in Western media.

The AJC in 1945 launched the Commentary Magazine, remaining its publisher until 2007. Norman Podhoretz, Commentary Magazine’s editor-in-chief from 1960-95 and editor-at-large until 2009, coined the term ‘Islamofascism’ to describe Muslim opposition to Israel. The ideological Israel-centric and vaguely-named ‘neoconservative’ movement he is widely considered as the founding father of itself played a disproportionately prominent role in disseminating Islamophobic content and mainstreaming talking points such as a campaign by Muslims in general to impose Shariah law in the West.

But clearly, as the GCC’s new Hasbara assures us, these people will forge Muslim-Jewish brotherhood against ‘racism’ and ‘extremism’.

For the Zionist side, the task is simpler. For the section of global Zionist Jewry which likes to delude itself into believing it has ‘liberal’ values, the GCC can be pitched as recently pried-upon avenues for the exporting of those ‘liberal’ values. For the section of their support base which is more open in enshrining Zionism’s innate racism and anti-Arab supremacism and identifies readily with the ‘right-wing’ label, the GCC can easily be presented as useful gentile client states for Israel against hated enemy Iran.

For all of them, the GCC’s status as allies versus Iran may be reason enough at the end of the day.

Add to that the GCC’s primacy as a lucrative market for Israeli intelligence-based companies dealing in surveillance systems and spyware – rooted in what Israeli security expert Neve Gordon described as the GCC’s constant “need to monitor and surveil their populations” – and pitching the GCC to the most hard-line Zionists becomes fairly easy.

A resurgence of fear-mongering about Nazis may well feature as part of the new Hasbara. It would be a new thing for the GCC, but a return to old ways for the Zionists, whose mid-2000s ‘Iran equals Hitler’ tirades – with Podhoretz at their epicentre alongside the notorious anti-Muslim Jewish scholar and pioneer of the ‘Clash of Civilisations’ theory Bernard Lewis – had started losing steam in recent times.

Saudi Prince Mohammed bin Salman has already likened Iran’s Ayatollah Khamenei to Hitler, so predicting the GCC incredulously acting as a non-Jewish force-multiplier of the obnoxious art of Zionist propaganda-by-proxy using the Holocaust sympathy-industry is not far-fetched.

Ultimately however, Hasbara in the era of formal Israel-GCC ties will likely proceed along the same vein as regular Hasbara has throughout history. As stated prior, Hasbara has always been a top-heavy affair, relying on the personal Zionism of Jewish media giants, their endless Holocaust films and shows and the aggressive censorship of voices critical of Zionism.

One might ask, are Holocaust and Nazi comparisons touting Gulf monarchs truly different from Holocaust and Hitler comparisons obsessed Jewish media moguls in essence and in method? Indeed, the Zionist addiction to censorship, while a far more complex and advanced affair, is in essence very comparable to Gulf monarchs jailing whosoever they please and for whatever reason they please.

Is it thus odd for the latter to be seen openly consorting with the former? Despite the validity of this question, the masses targeted by state propaganda always fixate upon appearances, and contemporary Hasbara will continue to look strange whilst being peddled by Arab Muslims.

To collude with Zionists is one thing, but to set about internalising their discourse, propaganda and culture is something altogether different – and very bizarre indeed.