“Failing in love, what to do, I ask

In life, I have learnt, no other task.”

Today marks the 21st anniversary of the untimely passing away of Ghulam Muhammad Qasir (1941-1999), one of the great but relatively unsung poets from Khyber Pakhtunkhwa (K-P) who chose to write in Urdu. In fact, Ghulam Muhammad Qasir wrote such exquisite ghazals that it is almost impossible to believe that he was not a native speaker but rather a Pashtun from the sleepy town of Paharpur in Dera Ismail Khan, who grew up speaking Pashto. Like his iconic fellow-Pashtun contemporary Ahmad Faraz, he was one of the rare Pashtun writers who broke the monopoly of the Urdu-wallahs by demonstrating an excellence and command over Urdu letters.

Similarly, probably the last distinguished name in this breed of Urdu writers who were also native Pashtuns, the novelist Nisar Aziz Butt (born in Mardan in 1927), passed away after a long and productive life in Lahore earlier this month. Both Ghulam Muhammad Qasir and Nisar Aziz Butt represented a group of writers whose work has left an indelible impact across generations. Ghulam Muhammad Qasir was part of a galaxy of poets and writers encouraged and published by the great Urdu writer Ahmad Nadeem Qasmi in the 1970s in his legendary journal Funoon (Arts). It was Qasmi indeed who christened Ghulam Muhammad Qasir as “the poet of continuity.”

I have only experienced Ghulam Muhammad Qasir and his work through my friendship with his son and literary trustee Imad Qasir, with whom I formerly worked at the State Bank of Pakistan. Therefore, what better way to commemorate the legacy of a great poet than to attempt to translate him for the first time, as I have humbly tried to do here. 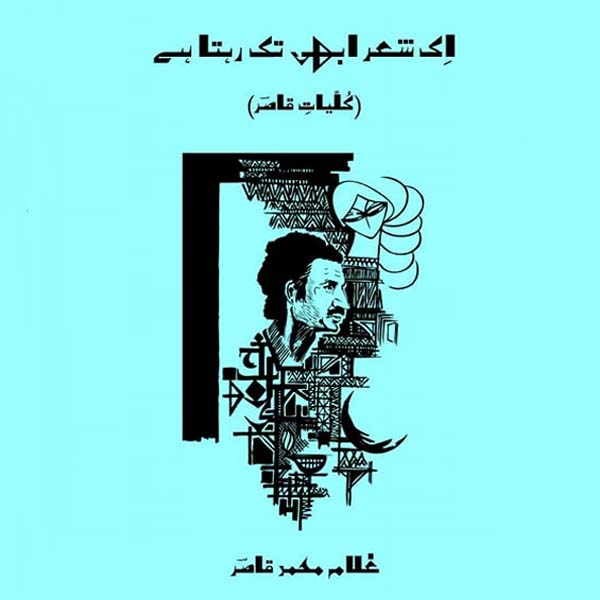 Given that this is the first time I am attempting to translate his poetry, I have chosen to translate one of his shorter poems, called Mutaalba (Demand) from his kulliyaat (collection of poetry) titled Ik Sher Abhi Tak Rehta Hai (A Verse Yet Remains), gifted to me by Imad back in September 2018. But despite the brevity of the piece, Ghulam Muhammad Qasir manages to pack a surprising, emotional punch into the few lines which make up the poem. The slowly vanishing innocence of youth which comes to represent the “Demand” of the times, as symbolised by the breaking of the toy, paints an image which can easily resonate with all readers.  In light of the emotional resonance, I have tried my best to stay as close to the spirit of the original as possible. Though short, I hope it proves to be an illuminating, affecting and befitting read to mark the 21st death anniversary of Ghulam Muhammad Qasir.

“Open up, bolt of innocence

Open up, to reveal to all

The child began to dance.”