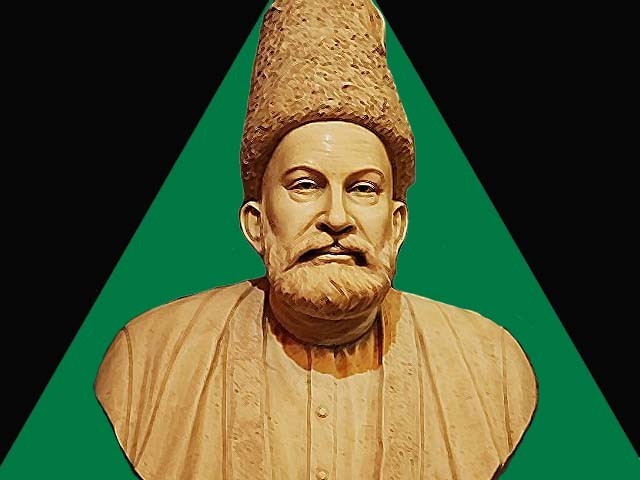 Mirza Asadullah Khan Ghalib (1797-1869) is unique in the annals of Urdu literature. Not for nothing is he referred to as the bard of Urdu literature, to be compared with a universal tradition of literary figures representative of any national culture. Therefore he is the closest in our subcontinental tradition to what William Shakespeare is in the English, albeit dramatic, tradition. His works in both Urdu and Persian have left an indelible impact on the region, which is why his writings continue to be celebrated and widely read, not just in the subcontinent but across the globe. Today marks the 151st anniversary of Ghalib’s passing away, and also the formal end of the commemoration of 150 years of his passing away, which was celebrated as a cultural milestone among Urdu-wallahs around the world.

While Ghalib is often celebrated for the social and Progressive concerns his poetry provides commentary on, for many his name has become synonymous with ghazals which celebrate the beauty and pain of love. Since yesterday, February 14th, also marked Valentine’s Day, I have chosen to translate one of his most famous ghazals, “Hazaaron Khwaahishein Aisi ” (Thousands of Desires) here, which has been immortalised in a song sung by the inimitable Jagjit Singh; and a few stanzas from the poem have now also achieved the status of an aphorism. While the poetry can be read and enjoyed simply as an old-fashioned lover’s plea to the beloved, one can also detect the sly asides against organised religion as well. Presented below is my original translation of Ghalib’s “Hazaaron Khwaahishein Aisi ” (Thousands of Desires), and I hope you derive as much pleasure from reading the poem as I have derived from translating it.

Thousands of Desires by Mirza Ghalib

“Thousands of desires, and each one worth dying for

Many of my desires were fulfilled, but yet, I feel unrequited.

We have heard often of the expulsion of Adam from Eden

But that is nothing compared to my shamed exit from your street.

If anyone wishes to write my love a letter, then I am available

Every morning, I set out, with a pen tucked behind my ear.

In love, there is no difference between living and dying

For I find my will to live by gazing at the infidel who kills me.

For God’s sake, keep the black cloth on the Kaaba

I do not want to find that it harbours yet another infidel idol.

Whither the tavern door, Ghalib, and whither the holy man?

But I swear, as I left the tavern last night, I saw him enter.”