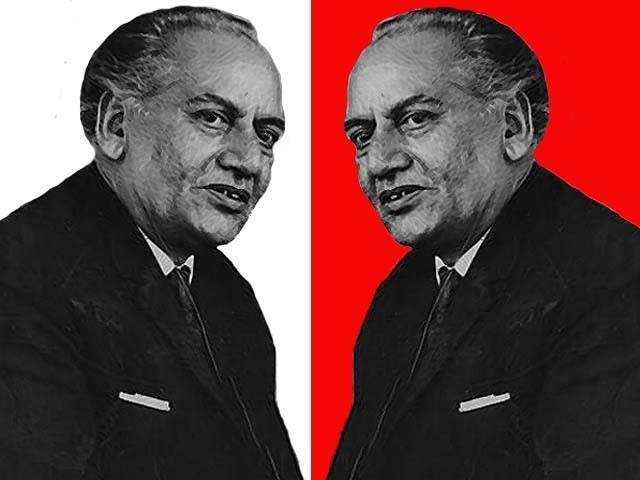 The great poet Faiz Ahmed Faiz (1911-84), whose 109th birthday is being celebrated today, was a staunch communist. He had written his famous poem “Hum Dekhenge” (We Will See) in January, 1979 during a time of great political upheaval in Pakistan. With the rise of General Ziaul Haq and the sweeping changes which his regime would bring to the social fabric of the country, the poem served as a potent challenge to the years of dictatorial rule which were to follow. However, the poem remains just as prescient today as it was back in 1979, not just in Pakistan but perhaps for the entire subcontinent.

Ironically, the poem is now being labelled by some people as anti-Hindu, in the wake of the widespread protests against the Citizenship Amendment Act (CAA) in India since late last year. To order an investigation against the poem – as done by the authorities at IIT Kanpur, where the incendiary poem was sung by some students protesting the CAA, after similar actions in Jawaharlal Nehru University and Jamia Millia Islamia, two of India’s largest universities – is a clear indicator that the ideology of the Indian ruling elite is as obscurantist, as that of Pakistan at the time when Faiz had written “Hum Dekhenge”. Therefore, the words of Faiz ring just as true today because the fight against tyranny and oppression is a never ending struggle. Similarly, many in Pakistan also continue to suffer because of unjust laws and a failure to hold those in power accountable for their actions. Therefore, the words of Faiz continue to speak for the downtrodden and in the hope that a new dawn will soon be ushered in.

This translation of the poem is presented here both by way of celebrating the birthday of an iconic poet, as well as in the hope that it will become an anthem anew for all those in Pakistan struggling for a tolerant, inclusive and egalitarian country, which was what Faiz, and many in his generation, believed in and struggled for.

It is incumbent that we too will see

The Day which it has been promised will be

When the heavy mountains of tyranny and oppression

Which is written on the Tablet of Eternity

When the earth will palpitate in apprehension

Beneath the feet of the ones bowed in subjugation

And over the head of the ruler

When lightening claps with thunder

When all the objects of idolatry

Will be lifted from the Kaaba of God’s country

When we, the pure-hearted, the rejects of the holy sanctuary

Will be made to sit on the throne of royalty

All the crowns will be thrown

All the thrones will be strewn

Only the name of God will have eternal presence

Who is Absent, but also in attendance

Who is the Beholder as well as the Countenance

The cry of ‘I am Truth’ will rise

Who is me and you likewise

And there will be the reign of God’s creation

Who is Me and You even.”